(*)     Earnings before interest, taxes, depreciation and amortization (“EBITDA”), hotel EBITDA, funds from operations (“FFO”) available to common stockholders and unitholders, adjusted FFO available to common stockholders and unitholders, FFO per common share and unit and adjusted FFO per common share and unit are non-GAAP financial measures. See further discussion of these non-GAAP measures, including definitions related thereto, and reconciliations to net income (loss) later in this press release. The Company is the sole general partner of Sotherly Hotels LP, a Delaware limited partnership (the “Operating Partnership”), and all references in this release to the “Company”, “Sotherly”, “we”, “us” and “our” refer to Sotherly Hotels Inc., its Operating Partnership and its subsidiaries and predecessors, unless the context otherwise requires or it is otherwise indicated.

Andrew M. Sims, Chairman and Chief Executive Officer of Sotherly Hotels Inc., commented, “Operationally, we had a difficult quarter as a result of Hurricane Dorian.  While we did not experience any significant damage to our hotels located near Dorian’s path (South Florida, Tampa, Jacksonville, Savannah, Wilmington), we incurred a significant loss in revenue.  The hurricane languished for almost two weeks, washing out the Labor Day weekend and the following ten days.  On a positive note, we acquired two commercial condominium units in the Hyde Beach House in the quarter, which included the conveyance of a freestanding ballroom to our DoubleTree Resort by Hilton Hollywood Beach hotel.”

During the quarter, the Company sold and issued 202,469 shares of its 7.875% Series C Cumulative Redeemable Perpetual Preferred Stock (the “Series C Preferred Stock”) through its at-the-market program, for aggregate net proceeds of approximately $4.9 million.

On September 26, 2019, we closed on the purchase of a commercial unit of the Hyde Beach House from 4000 South Ocean Property Owner, LLLP.  In connection with the closing, we (i) acquired commercial unit 2 of the Hyde Beach House, along with rights to certain limited common elements appurtenant to the commercial unit, for an adjusted purchase price of approximately $5.4 million; (ii) purchased inventories and equipment for additional consideration in the amount of approximately $0.7 million; (iii) entered into a Second Addendum to the purchase agreement; (iv) entered into a 20-year parking and cabana management agreement for the parking garage and poolside cabanas associated with the Hyde Beach House; (v) entered into a 20-year management agreement relating to the operation and management of the Hyde Beach House condominium association; and (vi) received a pre-opening services fee of $1.0 million.  We began operating a condominium unit rental program for residential units in this facility in November 2019.

As stated above, in connection with the closing of the Hyde Beach House acquisition, the DoubleTree Resort by Hilton Hollywood Beach acquired a commercial condominium unit consisting of a 3,000 square foot ballroom and adjacent pre-function space as well as 200 dedicated parking spaces within the parking garage adjacent to the hotel.

The Company is updating its previously issued guidance for 2019, accounting for current and expected performance within its portfolio, taking into account market conditions, weather-related events and the acquisition of the commercial units within the Hyde Beach House.  The updated guidance is predicated on estimates of occupancy and ADR that are consistent with the most recent 2019 calendar year forecasts by Smith Travel Research for the market segments in which the Company operates.

The table below reflects the Company’s projections, within a range, of various financial measures for 2019, in thousands of dollars, except per share and RevPAR data:

The Company will conduct its third quarter 2019 conference call for investors and other interested parties at 10:00 a.m. Eastern Time on Tuesday, November 12, 2019. The conference call will be accessible by telephone and through the Internet. Interested individuals are invited to listen to the call by telephone at 888-339-0107 (United States) or 855-669-9657 (Canada) or +1 412-902-4188 (International). To participate on the webcast, log on to www.sotherlyhotels.com at least 15 minutes before the call to download the necessary software. For those unable to listen to the call live, a taped rebroadcast will be available beginning one hour after completion of the live call on November 7, 2019 through November 7, 2020. To access the rebroadcast, dial 877-344-7529 and enter conference number 10135555.  A replay of the call also will be available on the Internet at www.sotherlyhotels.com until November 7, 2020.

Sotherly Hotels Inc. is a self-managed and self-administered lodging REIT focused on the acquisition, renovation, upbranding and repositioning of upscale to upper-upscale full-service hotels in the Southern United States. Currently, the Company’s portfolio consists of investments in twelve hotel properties, comprising 3,156 rooms, as well as interests in two condominium hotels and their associated rental programs. The Company owns hotels that operate under the Hilton Worldwide, Hyatt Hotels Corporation, and Marriott International, Inc. brands, as well as independent hotels. Sotherly Hotels Inc. was organized in 2004 and is headquartered in Williamsburg, Virginia. For more information, please visit www.sotherlyhotels.com.

The following tables illustrate the key operating metrics for the three and nine months ended September 30, 2019, 2018 and 2017, respectively, for each of the Company’s wholly-owned properties during each respective reporting period, irrespective of ownership percentage during any period.

The Company considers the non-GAAP measures of FFO (including FFO per share), EBITDA and hotel EBITDA to be key supplemental measures of the Company’s performance and could be considered along with, not alternatives to, net income (loss) as a measure of the Company’s performance. These measures do not represent cash generated from operating activities determined by generally accepted accounting principles (“GAAP”) or amounts available for the Company’s discretionary use and should not be considered alternative measures of net income, cash flows from operations or any other operating performance measure prescribed by GAAP.

Industry analysts and investors use Funds from Operations (“FFO”), as a supplemental operating performance measure of an equity REIT. FFO is calculated in accordance with the definition adopted by the Board of Governors of the National Association of Real Estate Investment Trusts (“NAREIT”). FFO, as defined by NAREIT, represents net income or loss determined in accordance with GAAP, excluding extraordinary items as defined under GAAP and gains or losses from sales of previously depreciated operating real estate assets, plus certain non-cash items such as real estate asset depreciation and amortization, and after adjustment for any noncontrolling interest from unconsolidated partnerships and joint ventures. Historical cost accounting for real estate assets in accordance with GAAP implicitly assumes that the value of real estate assets diminishes predictably over time. Since real estate values instead have historically risen or fallen with market conditions, many investors and analysts have considered the presentation of operating results for real estate companies that use historical cost accounting to be insufficient by itself.

The Company considers FFO to be a useful measure of adjusted net income (loss) for reviewing comparative operating and financial performance because we believe FFO is most directly comparable to net income (loss), which remains the primary measure of performance, because by excluding gains or losses related to sales of previously depreciated operating real estate assets and excluding real estate asset depreciation and amortization, FFO assists in comparing the operating performance of a company’s real estate between periods or as compared to different companies. Although FFO is intended to be a REIT industry standard, other companies may not calculate FFO in the same manner as we do, and investors should not assume that FFO as reported by us is comparable to FFO as reported by other REITs.

The Company presents adjusted FFO, including adjusted FFO per share and unit, which adjusts for certain additional items including changes in deferred income taxes, any unrealized gain (loss) on hedging instruments or warrant derivative, loan impairment losses, losses on early extinguishment of debt, aborted offering costs, loan modification fees, franchise termination costs, costs associated with the departure of executive officers, litigation settlement, over-assessed real estate taxes on appeal, change in control gains or losses and acquisition transaction costs. We exclude these items as we believe it allows for meaningful comparisons between periods and among other REITs and is more indicative than FFO of the on-going performance of our business and assets. Our calculation of adjusted FFO may be different from similar measures calculated by other REITs.

The Company believes that excluding the effect of non-operating expenses and non-cash charges, and the portion of those items related to unconsolidated entities, all of which are also based on historical cost accounting and may be of limited significance in evaluating current performance, can help eliminate the accounting effects of depreciation and financing decisions and facilitate comparisons of core operating profitability between periods and between REITs, even though EBITDA also does not represent an amount that accrued directly to shareholders.

The Company defines hotel EBITDA as net income or loss excluding: (1) interest expense, (2) interest income, (3) income tax provision or benefit, (4) equity in the income or loss of equity investees, (5) unrealized gains and losses on derivative instruments not included in other comprehensive income, (6) gains and losses on disposal of assets, (7) realized gains and losses on investments, (8) impairment of long-lived assets or investments, (9) loss on early debt extinguishment, (10) gains or losses on change in control, (11) gain on exercise of development right, (12) corporate general and administrative expense, (13) depreciation and amortization, (14) gains and losses on involuntary conversions of assets, (15) distributions to preferred stockholders and (16) other operating revenue not related to our wholly-owned portfolio.  We believe this provides a more complete understanding of the operating results over which our wholly-owned hotels and its operators have direct control.  We believe hotel EBITDA provides investors with supplemental information on the on-going operational performance of our hotels and the effectiveness of third-party management companies operating our business on a property-level basis. The Company’s calculation of hotel EBITDA may be different from similar measures calculated by other REITs. 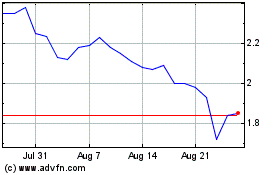 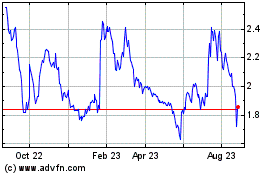 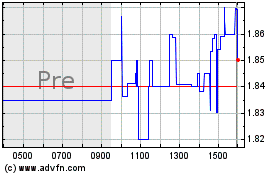