If the filing person has previously filed a statement on Schedule 13G to report the acquisition which is the subject of this Schedule 13D, and is filing this schedule because of Rule 13d-1(e), 13d-1(f) or 13d-1(g), check the following box.  ☐

Note : Schedules filed in paper format shall include a signed original and five copies of the schedule, including all exhibits. See § 240.13d-7 for other parties to whom copies are to be sent.

The information required on the remainder of this cover page shall not be deemed to be “filed” for the purpose of Section 18 of the Securities Exchange Act of 1934 or otherwise subject to the liabilities of that section of the Act but shall be subject to all other provisions of the Act (however, see the Notes).

Item 2 of the Schedule 13D is hereby amended and restated as follows:

During the last five years, none of the Reporting Persons nor, to the best of their knowledge, any of the persons identified above, (i) has been convicted in a criminal proceeding (excluding traffic violations or similar misdemeanors), or (ii) has been a party to a civil proceeding of a judicial or administrative body of competent jurisdiction and a result of such proceeding was or is subject to a judgment, decree or final order enjoining future violations of, or prohibiting or mandating activities subject to, Federal or State securities laws or finding any violation with respect to such laws.

The address for each of the Reporting Persons is 5965 Grafton Road, Valley City, OH 44280.

The information set forth in Item 5(c) is incorporated herein by reference. Other than as described therein, the Reporting Persons do not have any plans or proposals that relate to or would result in any of the actions described in subparagraphs (a) through (j) of Item 4 of Schedule 13D (although each Reporting Person reserves the right to develop such plans).

Subparagraphs (a) through (c) of Item 5 of the Schedule 13D are hereby amended and restated as follows:

Jeffrey C.V. Deuch, Dieter Kaesgen, Robert J. King, Jr., Curtis E. Moll and Robert T. Moll serve as trustees of the Theo Moll Irrevocable Trust, an Ohio trust and a member of Oak Tree Holdings, and have the power to vote and dispose of the 604,400 shares of Common Stock held by such trust after giving effect to the transaction described in subparagraph (c) below.

The Reporting Persons disclaim beneficial ownership of the shares of Common Stock held by the foregoing executive officers and directors.

Percentages set forth on the cover pages hereof and in this Item 5 are based on 23,761,465 shares of Common Stock reported as outstanding as of June 7, 2019 in the Issuer’s quarterly report on Form 10-Q for the quarterly period ended April 30, 2019.

(c) On June 25, 2019, the MTD Products Inc Master Employee Benefit Trust, a trust fund established and sponsored by MTD Products Inc., an indirect majority-owned subsidiary of Oak Tree Holdings (the “Trust”), agreed to sell 604,400 shares of Common Stock to the Theo Moll Irrevocable Trust, an Ohio trust and a member of Oak Tree Holdings, for a purchase price of $5.18 per share in a private transaction. As a result of this transaction, Oak Tree Holdings no longer has or shares any voting or dispositive power over these 604,400 shares.

Item 7 of the Schedule 13D is hereby amended and supplemented by adding the following exhibit: 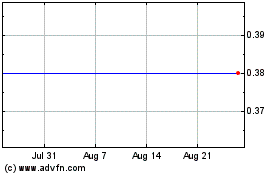 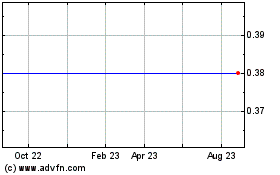 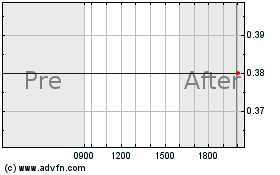