1.53
0.105 (7.37%)
Upgrade to Real-Time
Afterhours
1.53
Securities Registration: Employee Benefit Plan (s-8)
June 02 2020 - 05:26PM
Edgar (US Regulatory)
File No. 333-
As filed with the Securities and Exchange Commission on June 2, 2020.
UNITED STATES
SECURITIES AND EXCHANGE COMMISSION
Washington, D.C. 20549
FORM S-8
REGISTRATION STATEMENT
UNDER THE SECURITIES ACT OF 1933
ROCKWELL MEDICAL, INC.
(Exact Name of Registrant as Specified in its Charter)
Rockwell Medical, Inc. 2018 Long Term Incentive Plan
(Full Title of the Plans)
Indicate by check mark whether the registrant is a large accelerated filer, an accelerated filer, a non-accelerated filer, a smaller reporting company or an emerging growth company. See the definitions of “large accelerated filer,” “accelerated filer,” “smaller reporting company,” and “emerging growth company” in Rule 12b-2 of the Exchange Act.
If an emerging growth company, indicate by check mark if the registrant has elected not to use the extended transition period for complying with any new or revised financial accounting standards provided pursuant to Section 7(a)(2)(B) of the Securities Act.         o

Information Required in the Section 10(a) Prospectus

Item 5. Interests of Named Experts and Counsel
Not applicable.
Item 6. Indemnification of Directors and Officers
The Company is incorporated under the Delaware General Corporation Law (the “DGCL”). Section 145(a) of the DGCL provides that a Delaware corporation shall have the power to indemnify any person who was or is a party or is threatened to be made a party to any threatened, pending or completed action, suit or proceeding, whether civil, criminal, administrative or investigative (other than an action by or in the right of the corporation) by reason of the fact that the person is or was a director, officer, employee or agent of the corporation, or is or was serving at the request of the corporation as a director, officer, employee or agent of another corporation, partnership, joint venture, trust or other enterprise, against expenses (including attorneys’ fees), judgments, fines and amounts paid in settlement actually and reasonably incurred by the person in connection with such action, suit or proceeding if the person acted in good faith and in a manner the person reasonably believed to be in or not opposed to the best interests of the corporation, and, with respect to any criminal action or proceeding, had no reasonable cause to believe the person’s conduct was unlawful.

Section 145(b) of the DGCL provides that a Delaware corporation shall have the power to indemnify any person who was or is a party or is threatened to be made a party to any threatened, pending or completed action or suit by or in the right of the corporation to procure a judgment in its favor by reason of the fact that such person acted in any of the capacities set forth above, against expenses (including attorneys’ fees) actually and reasonably incurred by the person in connection with the defense or settlement of such action or suit if the person acted under standards similar to those discussed above, except that no indemnification shall be made in respect of any claim, issue or matter as to which such person shall have been adjudged to be liable to the corporation unless and only to the extent that the Court of Chancery or the court in which such action or suit was brought shall determine that despite the adjudication of liability, such person is fairly and reasonably entitled to be indemnified for such expenses which the Court of Chancery or such other court shall deem proper.

Section 145 of the DGCL further provides that to the extent a director or officer of a corporation has been successful in the defense of any action, suit or proceeding referred to in subsections (a) and (b) or in the defense of any claim, issue or matter therein, such person shall be indemnified against expenses (including attorneys’ fees) actually and reasonably incurred by such person in connection therewith; and that indemnification provided for by Section 145 shall not be deemed exclusive of any other rights to which the indemnified party may be entitled; and that the corporation shall have power to purchase and maintain insurance on behalf of a director or officer of the corporation against any liability asserted against such person and incurred by such person
in any such capacity or arising out of such person’s status as such whether or not the corporation would have the power to indemnify such person against such liability under Section 145.

Article X of the Company’s Certificate of Incorporation provides that no director of the Company shall be personally liable to the Company or its stockholders for monetary damages for breach of fiduciary duty as a director to the fullest extent permitted by the DGCL and Article VI of the Company’s Bylaws provides for the indemnification of each of the Company’s directors, officers, employees or agents to the fullest extent permitted by the DGCL or other applicable laws presently or hereafter in effect. Specifically, Article VI of the Company’s Bylaws provides that each person who was or is a party or is threatened to be made a party to, or was or is otherwise involved in, any action, suit, arbitration, alternative dispute resolution mechanism, investigation, inquiry, judicial, administrative or legislative hearing, or any other threatened, pending or completed proceeding, whether brought by or in the right of the Company or otherwise, including any and all appeals, whether of a civil, criminal, administrative, legislative, investigative or other nature (hereinafter a "proceeding"), by reason of the fact that he or she is or was a director or an officer of the Company or while a director or officer of the Company is or was serving at the request of the Company as a director, officer, employee, agent or trustee of another corporation or of a partnership, joint venture, trust or other enterprise, including service with respect to an employee benefit plan (hereinafter an "indemnitee"), or by reason of anything done or not done by him or her in any such capacity, shall be indemnified and held harmless by the Company to the fullest extent authorized by the DGCL, as the same exists or may hereafter be amended, against all expense, liability and loss (including attorneys' fees, judgments, fines, ERISA excise taxes, penalties and amounts paid in settlement by or on behalf of the indemnitee) actually and reasonably incurred by such indemnitee in connection therewith; provided, however, that, except as otherwise required by law or provided in the Bylaws with respect to suits to enforce indemnification rights under the Bylaws, the Company shall indemnify any such indemnitee in connection with a proceeding, or part thereof, voluntarily initiated by such indemnitee (including claims and counterclaims, whether such counterclaims are asserted by: (i) such indemnitee; or (ii) the Company in a proceeding initiated by such indemnitee) only if such proceeding, or part thereof, was authorized or ratified by the Board of Directors or the Board of Directors otherwise determines that indemnification or advancement of expenses is appropriate. In addition, an indemnity shall, to the fullest extent permitted by law, also have the right to be paid by the Company the expenses (including attorneys' fees) incurred in defending any proceeding in advance of its final disposition (hereinafter an "advancement of expenses"); provided, however, that an advancement of expenses shall be made only upon delivery to the Company of an undertaking, by or on behalf of such indemnitee, to repay all amounts so advanced if it shall ultimately be determined by final judicial decision of a court of competent jurisdiction from which there is no further right to appeal that such indemnitee is not entitled to be indemnified for such expenses.

The Company also maintains and pays premiums on a directors’ and officers’ liability insurance policy and has entered into indemnity agreements with its directors and officers providing for indemnification to the fullest extent permitted under the DGCL.
Item 7. Exemption from Registration Claimed
Not applicable.

(1) To file, during any period in which offers or sales are being made, a post-effective amendment to this Registration Statement:

(i) To include any prospectus required by Section 10(a)(3) of the Securities Act;

(ii) To reflect in the prospectus any facts or events arising after the effective date of the Registration Statement (or the most recent post-effective amendment thereof) which, individually or in the aggregate, represent a fundamental change in the information set forth in the Registration Statement. Notwithstanding the foregoing, any increase or decrease in volume of securities offered (if the total dollar value of securities offered would not exceed that which was registered) and any deviation from the low or high end of the estimated maximum offering range may be reflected in the form of prospectus filed with the SEC pursuant to Rule 424(b) if, in the aggregate, the changes in volume and price represent no more than 20% change in the maximum aggregate offering price set forth in the “Calculation of Registration Fee” table in the effective Registration Statement; and

provided, however, that paragraphs (a)(1)(i) and (a)(1)(ii) do not apply if the information required to be included in a post-effective amendment by those paragraphs is contained in reports filed with or furnished to the SEC by the Registrant pursuant to Section 13 or Section 15(d) of the Securities Exchange Act of 1934 that are incorporated by reference in the Registration Statement;

(3) To remove from registration by means of a post-effective amendment any of the securities being registered which remain unsold at the termination of the offering; and

(c) Insofar as indemnification for liabilities arising under the Securities Act may be permitted to directors, officers and controlling persons of the Registrant pursuant to the foregoing provisions, or otherwise, the Registrant has been advised that in the opinion of the Securities and Exchange Commission such indemnification is against public policy as expressed in the Act and is, therefore, unenforceable. In the event that a claim for indemnification against such liabilities (other than the payment by the Registrant of expenses incurred or paid by a director, officer or controlling person of the Registrant in the successful defense of any action, suit or proceeding) is asserted by such director, officer or controlling person in connection with the securities being registered, the Registrant will, unless in the opinion of its counsel the matter has been settled by controlling precedent, submit to a court of appropriate jurisdiction the question whether such indemnification by it is against public policy as expressed in the Act and will be governed by the final adjudication of such issue.
SIGNATURES
Pursuant to the requirements of the Securities Act of 1933, as amended, the Registrant certifies that it has reasonable grounds to believe that it meets all of the requirements for filing on Form S-8 and has duly caused this Registration Statement on Form S-8 to be signed on its behalf by the undersigned, thereunto duly authorized, in Hackensack, New Jersey on June 2, 2020.

Each of the undersigned hereby constitutes and appoints each of Russell Ellison and Angus Smith, his attorney-in-fact, with power of substitution, in his name and in the capacity indicated below, to sign any and all further amendments (including post-effective amendments) to this Registration Statement on Form S-8 and to file the same, with exhibits thereto and other documents in connection therewith, with the Securities and Exchange Commission, hereby ratifying and confirming all that said attorney-in-fact, or his substitute or substitutes, may do or cause to be done by virtue hereof.
Pursuant to the requirements of the Securities Act of 1933, this Registration Statement has been signed by the following persons in the capacities and on the date indicated. 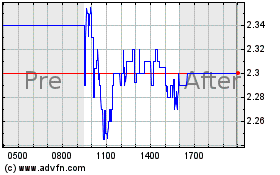