The development of 200MW of immersion-cooling at industrial-scale is a direct result of the Company’s focus on Bitcoin mining infrastructure development, led by Riot’s leadership team at Whinstone.

“After months of research and development, utilizing partnerships across industries, Riot is proud to be a pioneer in the use of cutting-edge immersion-cooling technology at an unprecedented scale,” said Jason Les, CEO of Riot.  “By leveraging technology, industry-leading low power costs, and economies of scale, Riot intends to continue driving operating and capital efficiencies for its self-mining business and its institutional clients. Due to these efficiencies, we anticipate observing an increase in the Company’s hash rate and productivity through 2022, without having to rely solely on purchasing additional ASICs.”

Riot to Integrate Immersion-Cooling at Whinstone

Of the previously announced 400 MW expansion of Whinstone, 200 MW of the infrastructure is committed to utilizing immersion-cooling technology in Bitcoin mining. This development covers two of the buildings under construction and is expected to host approximately 46,000 S19 Antminers from Riot’s already-purchased miner fleet.

Immersion-cooling is a technique where Bitcoin mining ASICs are submerged in a specialized fluid, which is circulated to keep the ASICs’ integrated circuits operating at lower temperatures. The heat generated by the ASICs is absorbed by the fluid, and the heated fluid is pumped and circulated to assist in dissipating the heat via a secondary heat exchanger. The cooled fluid is then pumped back through the immersion tank.

When immersion-cooled, ASICs operate in a more stable environment, allowing them to run at higher productivity rates. Based on industry data and the Company’s own preliminary immersion-cooling test results, an estimated 25% increase in hash rate is expected, with an estimated potential to increase ASIC performance by as much as 50%.  Riot expects to have more robust test results from the Company’s pilot by the end of Q1 2022. If successful, Riot will be able to leverage its infrastructure development capabilities to increase its Bitcoin mining hash rate without relying solely on purchasing additional mining equipment, resulting in increased operating efficiencies, and thus, capital efficiencies.

Riot Blockchain (NASDAQ: RIOT) focuses on mining Bitcoin, and through Whinstone, its subsidiary, hosting Bitcoin mining equipment for institutional clients.  The Company is expanding and upgrading its mining operations through industrial-scale infrastructure development and latest-generation miner procurement.  Riot is headquartered in Castle Rock, Colorado, and the Whinstone facility operates out of Rockdale, Texas. The Company also has mining equipment operating in upstate New York under a co-location hosting agreement with Coinmint, LLC.  For more information, visit www.RiotBlockchain.com. 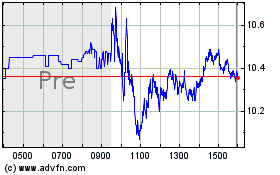