"We generated solid sequential growth in sales in the second quarter, reflecting increases in both of our business segments quarter-over-quarter. These results include both organic growth in the low double-digits and inorganic growth from our recent acquisition. In addition, net income grew 66% sequentially, reflecting our progress with improved efficiencies and cost management and highlighting our ability to be profitable at varying levels of revenue. We continue to see opportunities in the Tier-1 wireless carrier ecosystem and increased business from our distribution channels, while also seeing continued expansion in our OEM segments. Looking ahead, as we continue to execute on our long term growth plan we expect to achieve sequential and year-over-year sales increases in the current fiscal third quarter.”

Net sales in the second quarter of fiscal 2019 were $13.6 million, a sequential increase of 28%, or $3.0 million, compared to the preceding first quarter, and compared to $20.5 million in the second quarter of fiscal 2018. The sequential increase in sales was driven by both project work in the OEM and wireless carrier market and increases in traditional run rate business, as well as six weeks of revenue contribution from the Company’s acquisition of C Enterprises during the quarter. The year-over-year decline in sales was a result of the largest series of orders in company history in the year ago second quarter.

Net sales for the first six months of fiscal 2019 were $24.3 million, compared to $28.5 million, which included the largest series of orders in company history in the year ago six months results.

Gross profit for the first six months was $7.2 million, compared to $10.1 million, while gross margins were 30% of sales compared to 36% of sales in the same period last year.

Cash dividends are made at the discretion of the Board of Directors, subject to applicable laws, and depend on a number of factors, including the Company's financial condition, results of operations, capital requirements, plans for future acquisitions, contractual restrictions, general business conditions and other factors considered relevant by our Board of Directors.

This press release contains forward-looking statements with respect to future events, including higher sales, increased future demand for the Company's products, improved margins and improved profitability, which are subject to a number of factors that could cause actual results to differ materially.  Factors that could cause or contribute to such differences include, but are not limited to: changes in the telecommunications industry; the Company's reliance on certain distributors for a significant portion of anticipated revenues; the impact of existing and additional future tariffs imposed by U.S and foreign nations; the Company's ability to execute on its new go-to-market strategies and channel models; its ability to expand its OEM relationships; its ability to continue to deliver newly designed and custom fiber optic and cabling products to principal customers; its ability to maintain strong margins and diversify its customer base, and its ability to address the changing needs of the market.  Further discussion of these and other potential risk factors may be found in the Company's public filings with the Securities and Exchange Commission (www.sec.gov) including its Form 10-K.  All forward-looking statements are based upon information available to the Company on the date they are published and the Company undertakes no obligation to publicly update or revise any forward-looking statements to reflect events or new information after the date of this release. 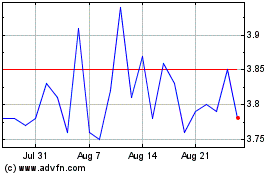 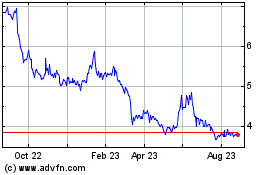 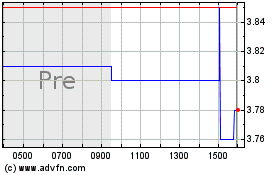