Christos Kyratsous, the top Covid-19 drug hunter at Regeneron Pharmaceuticals Inc., likes to go fast. He drives a Porsche 911, but lately he has been riding his pricey Swiss-made racing bicycle to his office north of New York City.

Velocity became more important than ever this year for the 39-year-old Greek scientist. He is helming a team of Regeneron scientists sprinting to develop the first drug specifically designed to treat Covid-19 and temporarily protect against new infections.

The closely watched drug hunt caps an unlikely journey for a butcher's son from Greece. A few years ago, Dr. Kyratsous was a middle manager and scientist researching infectious-disease drugs that were of little interest on Wall Street and little consequence in the U.S. Today, he is one of the company's most high-profile scientists, playing a pivotal role in efforts to slow down the pandemic.

The tall, soft-spoken Dr. Kyratsous is among the little-known researchers, companies and foundations that have emerged from the oft-ignored field of infectious-disease drug research to lead the charge against the world-changing virus.

Dr. Kyratsous specializes in designing drugs for viral pathogens, work that turned Ebola into a treatable disease and now has informed Regeneron's coronavirus efforts and given the company confidence they will pay off.

When Chinese scientists published the genetic code of a new coronavirus spreading in Wuhan in January, Dr. Kyratsous assumed the outbreak would die down before becoming a global problem. Just in case, though, he asked an outside firm to make a noninfectious form of the virus that his team could study in their labs in Tarrytown, N.Y.

"Initially, I thought, 'We'll order it and see what happens,'" Dr. Kyratsous says. But the virus was spreading so fast that the order couldn't come soon enough. "Five days later, 'I was like, 'Why isn't it here yet?'"

Dr. Kyratsous grew up in a small town in northern Greece, where his mother taught high school and his father ran the family's generations-old butcher shop. "I never had a very defined goal of what I wanted to do in my life," Dr. Kyratsous said. Yet his family pushed him to take education seriously, and he excelled in math. That fueled an interest in how things work, including the human body and the viruses that attack it.

In 2004, Dr. Kyratsous came to the U.S. for graduate school at Columbia University because, he says, a mentor convinced him that he would have more opportunities to do interesting science. He studied in the lab of Saul Silverstein, a professor of microbiology and immunology.

Dr. Kyratsous says he didn't have long-term career goals or ambition to work in the pharmaceutical industry.

While doing postdoctoral research at New York University, however, Dr. Kyratsous says he accidentally met a scientist at Regeneron who mentioned the company's fledgling infectious-diseases division. The conversation led to a job offer, which he says he took, in 2011, after Dr. Silverstein advised he could do important science in industry.

"A post-doc isn't something you can do forever," says Dr. Kyratsous. "At some point you have to get a job."

When a new Ebola outbreak in West Africa surfaced in 2014, Dr. Kyratsous was working on a project called "rapid response" aimed at applying the tools Regeneron developed for chronic diseases like vision-loss to rapidly make medicines for new viruses driving epidemics around the world.

Regeneron created the project, a spokeswoman says, to apply its drugmaking technology to threats to human health, though the biotech didn't see much commercial potential in the effort. The research has been supported by U.S. government funding, including $167.5 million for their Covid-19 drug.

The Ebola drug he helped develop helped turn the deadly hemorrhagic fever into a treatable disease in the Democratic Republic of Congo, which this week declared the latest outbreak over. The U.S. Food and Drug Administration is now weighing approval of the drug.

That project's success helped lead to Dr. Kyratsous's promotion last year to vice president overseeing infectious diseases and gene-therapy research. It also helped build confidence that a drug could be rapidly developed in the midst of an epidemic, colleagues say.

In the first week of February this year, Dr. Kyratsous's team began the process of injecting a form of the coronavirus into special mice with genetically modified immune systems to generate antibodies the researchers could make into a drug.

As the weeks wore on, Dr. Kyratsous watched the virus sweep across the globe and inch closer to home. Each evening after he put his children to bed, Dr. Kyratsous says he would get a call from Chief Scientific Officer George Yancopolous asking for updates on the team's progress.

In March, he heard from doctors in Italy who were interested in using another Regeneron drug, Kevzara, to treat abnormal inflammatory responses to the virus. "They sounded totally desperate. Every day they were getting more and more people and the ICUs were overflowing," Dr. Kyratsous says.

Not long after, a cluster of infections popped up in Westchester County, not far from Regeneron's headquarters. Dr. Kyratsous began hearing of friends and co-workers hospitalized by the virus.

Dr. Kyratsous and his team are taking precautions to avoid infection from the virus they are racing to defeat. He rides his bike about 25 minutes on relatively empty roads to work. The researchers stagger hours to limit the numbers in the lab, while spreading out to different desks and conference rooms in the office. And they communicate by Skype.

"Ebola is very serious, but there was never spread here in the U.S.," says Dr. Kyratsous. "That's so different from everything else we did in the past.

Earlier this month, Regeneron began testing in humans the antibody drug cocktail that Dr. Kyratsous's group devised. He has been talking with hospital officials and doctors about the molecules to encourage enrollment of patients in the trial. Most drugs fail during testing. But if the cocktail proves to work safely, Regeneron officials say it could be ready for emergency use in the fall. 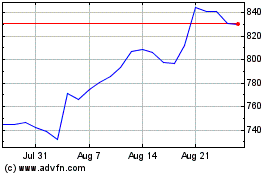 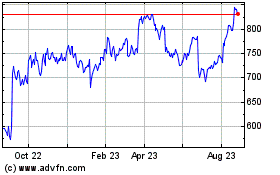 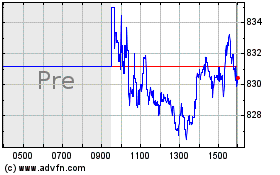