Profound Medical Corp. (TSX:PRN; NASDAQ: PROF) (“Profound” or the “Company”) is pleased to announce that it has closed its previously-announced underwritten offering (the “Offering”) of common shares of the Company (the “Common Shares”) at a price of US$14.50 per Common Share. The underwriters elected to exercise the over-allotment option in full, resulting in an aggregate of 3,172,414 Common Shares being issued today for aggregate gross proceeds of approximately US$46 million.

Jefferies, Cowen and Raymond James acted as joint book-running managers for the Offering.

The Common Shares were offered in each of the provinces of Canada, other than Québec, pursuant to a prospectus supplement (the “Prospectus Supplement”) to the Company’s short form base shelf prospectus dated October 17, 2019 (the “Base Shelf Prospectus”) which the Company filed with the securities commissions or other security regulatory authorities in each of the provinces of Canada, other than Québec. The Prospectus Supplement was also filed with the U.S. Securities and Exchange Commission as part of the Company’s registration statement on Form F-10 (the “Registration Statement”) previously filed under the multijurisdictional disclosure system adopted by the securities regulatory authorities in Canada and in the United States. Copies of the Prospectus Supplement and the Base Shelf Prospectus can be found on SEDAR at www.sedar.com and on EDGAR at www.sec.gov, and a copy of the Registration Statement can be found on EDGAR at www.sec.gov.

The net proceeds of the Offering are expected to be used: (i) to fund the commercial launch of TULSA-PRO® in the United States and the continued development and commercialization of TULSA-PRO® and SONALLEVE® globally; and (ii) for working capital and general corporate purposes.

No securities regulatory authority has either approved or disapproved of the contents of this news release. This news release shall not in any circumstances constitute an offer to sell or a solicitation of an offer to buy, nor shall there be any sale of these securities in any jurisdiction in which an offer, solicitation or sale would be unlawful prior to the registration or qualification under the applicable securities laws of any such jurisdiction.

Profound is a commercial-stage medical device company that develops and markets customizable, incision-free therapies for the ablation of diseased tissue.

Profound is also commercializing SONALLEVE®, an innovative therapeutic platform that is CE marked for the treatment of uterine fibroids and palliative pain treatment of bone metastases. SONALLEVE® has also been approved by the China National Medical Products Administration for the non-invasive treatment of uterine fibroids. The Company is in the early stages of exploring additional potential treatment markets for SONALLEVE® where the technology has been shown to have clinical application, such as non-invasive ablation of abdominal cancers and hyperthermia for cancer therapy.

This release includes forward-looking statements regarding Profound and its business which may include, but are not limited to, statements with respect to the use of proceeds under the Offering and the expectations regarding the efficacy of Profound’s technology in the treatment of prostate cancer, uterine fibroids and palliative pain treatment. Often, but not always, forward-looking statements can be identified by the use of words such as "plans", "is expected", "expects", "scheduled", "intends", "contemplates", "anticipates", "believes", "proposes" or variations (including negative variations) of such words and phrases, or state that certain actions, events or results "may", "could", "would", "might" or "will" be taken, occur or be achieved. Such statements are based on the current expectations of the management of Profound. The forward-looking events and circumstances discussed in this release, may not occur by certain specified dates or at all and could differ materially as a result of known and unknown risk factors and uncertainties affecting the Company, including risks related to the pharmaceutical industry, economic factors, the equity markets generally and risks associated with growth and competition, and the other risks described in the Prospectus Supplement, the Base Shelf Prospectus and the Registration Statement, and the documents incorporated by reference therein. Although Profound has attempted to identify important factors that could cause actual actions, events or results to differ materially from those described in forward-looking statements, there may be other factors that cause actions, events or results to differ from those anticipated, estimated or intended. No forward-looking statement can be guaranteed. Except as required by applicable securities laws, forward-looking statements speak only as of the date on which they are made and Profound undertakes no obligation to publicly update or revise any forward-looking statement, whether as a result of new information, future events, or otherwise, other than as required by law. 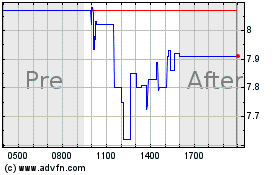