The full text of the letter is below.

As stockholders of Organovo Holdings, Inc. (NASDAQ: ONVO) (“Organovo” or the “Company”), we have been forced to endure unacceptable stagnation and value destruction at the hands of the current Board of Directors (the “Board”). This is evidenced by Organovo’s dismal share price performance since mid-2017. Despite the Board’s record of poor business judgment and haphazard decision-making, it is now asking stockholders to vote by next week to approve an unjustified merger with Tarveda Therapeutics, Inc. (“Tarveda”).

Given my unique experience starting Organovo and operating in the biotechnology sector for decades, I hope that you will consider my informed personal perspective on whether a combination with Tarveda will lead to a turnaround and enhanced value creation. The facts underscore that Tarveda is in a weak financial position with unexciting technology and unattractive prospects. It is also important for stockholders to recognize that Organovo is already in its own precarious position due to recent mismanagement. This is why I firmly believe that the transaction being irrationally championed by the Board runs completely counter to stockholders’ best interests.

A key consideration for investors in the face of the spread of the novel coronavirus, SARS-CoV-2, is that I believe new market conditions make this merger even less attractive and viable. Biotech companies needing to raise cash over the next 12-month period are poised to face significant headwinds in my opinion. Tarveda is a company in need of additional capital beyond Organovo’s current cash in order to fund clinical trials to a successful point.  In contrast, Organovo’s stock has been a relatively safer harbor, trending with the NASDAQ overall. Considering Organovo has natural downside protection due to being valued near its book value, I believe that waiting—and not consummating a reckless merger—may be the best course until the current storm has passed.

I want to stress that my assessment is unaffected by the Board’s decision to not pursue a merger with Viscient Biosciences (“Viscient”). While I firmly believe that the Board failed to create value for stockholders when it rebuffed what could have been a very synergistic merger with Viscient, I am fully aligned with you and recognize that there are many other viable combination partners out there. However, Tarveda is by no means an attractive deal partner.

I believe there are a number of factors to consider, including:

So, what options exist that may be superior to the Tarveda transaction?

If you review the Company’s communications related to the merger closely, I suspect you will realize that the Tarveda merger is built on hopes and speculation about products and developments that I believe the circumstances prove have not been able to interest investment funds and have already lost support from VC funds. The Board expects us to trust its judgment over that of experienced investors and also expects us not to read into Tarveda’s tenuous current cash position or worry about the probable sell-off to be expected from current stockholders given their bioprinting interest and the resulting post-merger investor mismatch.

For all these reasons, I am voting “AGAINST” the proposed merger with Tarveda. I firmly believe this Board has not earned the right to have stockholders trust its judgment or its recommendation with respect to this merger. The Board’s record of value destruction speaks for itself.

I do plan to vote “FOR” the Company’s proposed reverse stock split, as I believe this is a necessary tool to avoid delisting from the NASDAQ stock exchange.  In the context of a reverse stock split and no merger, the company should continue to trade for near its book value until an alternative plan is developed. 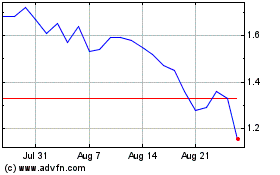 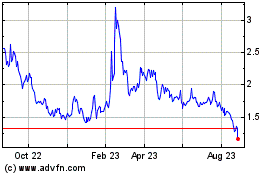 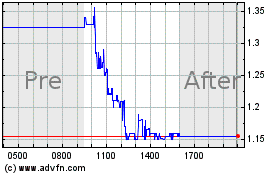