According to Premier Miton Fund Manager Nick Ford in a recent CNBC’s “Squawk Box Europe” interviewi, U.S. small cap stocks are set to outperform the S&P 500 in the uncertain aftermath of the coronavirus crisis. This is big news for small investors who normally shy away from more expensive stocks like Tesla, AutoZone, Alphabet (Google), Amazon, and Cable One, all of which trade well in excess of $1,000.00 per share, making it almost impossible for the average investor to become a shareholder.

Taking it one step further, investors also might want to consider Micro Cap stocks. Micro Cap stocks are often defined as the smallest public companies in the U.S. equity market. The Russell Micro Cap Index is basically the bottom half of the Russell 2000 Index and includes some other eligible stocks with as little as a $30 million market cap. Most Micro Caps are not as liquid as their larger peers, so larger investors tend to stay away from them. This is actually a benefit for the smaller investor, since little, or no, institutional ownership means a stock could be a huge winner as the big guys pile in. Companies mentioned in today's commentary include: Novavax (NASDAQ: NVAX); Nabriva Therapeutics (NASDAQ: NBRV); Ehave, Inc. (OTC: EHVVF); and Allena Pharmaceuticals (NASDAQ: ALNA).

The Covid-19 pandemic has been one of the main catalysts for big gains in the stock market, as people around the globe have made major changes to the way they live and work. We believe this trend will continue and look for leadership from cloud computing companies like NVIDIA, Microsoft, and Alibaba; teleconferencing companies like Zoom Video Communications, Slack Technologies, and RingCentral; electronic payments companies like MasterCard and Global Payments; Ecommerce companies like Baozun, MercadoLibre, and Shopify; and streaming, gaming and video content platform companies like Netflix, Electronic Arts, Take-Two Interactive Software, Nintendo, and NetEase.

Novavax (NASDAQ: NVAX) is why investors invest in Micro Cap stocks. It is not classified as a Micro Cap any longer, but it is certainly worthy of mention here. The Company won a $1.6 billion contract from the US Government to make a coronavirus vaccine, which was the Trump administration’s largest vaccine contract. According to a recent report in the Wall Street Journal by Gregory Zeckerman, Novavax was trading at $0.36 a share a little over a year ago.ii Even after a 1 for 20 reverse split, the stock was down 39% for the year. However, in June Novavax received a $200 million investment from RA Capital. Right after the $200 million investment, the Company announced it was working on a COVID-19 vaccine and the government contract. Now, Novavax is up 2,300% for the year. According to Mr. Zeckerman's article, RA Capital is up $255 million in less than four weeks from their June investment in Novavax. That, my friends, is the reason investors speculate with Micro Cap stocks.

Nabriva Therapeutics plc recently announced an exclusive agreement to sell and distribute Cubist Pharmaceuticals' anti-bacterial medicine Sivextro (tedizolid phosphate) in the United States and across its certain territories. Cubist Pharmaceuticals is a wholly owned subsidiary of Merck. Sivextro is used to treat acute bacterial skin infections and was approved by the FDA. The financial terms of the agreement were not disclosed, but Nabriva will be exclusively responsible for marketing, sales and distribution of Sivextro in the United States until Dec 31, 2023 with renewable three-year extensions. Shares of Nabriva were up more than 50% following the announcement of the deal with Merck, but still trade 70% off of their 52-week high of $2.77.

Psychedelic Medicine is an area of the market that has caught the attention of billionaire investors, celebrities, and successful business executives as they endorse the psychedelic medicine market by joining strategic advisory boards or making sizable investments. Data Bridge Market Research expects the psychedelic drugs market to grow at a CAGR of 16.3% over the next eight years to reach $6.85 billion by 2027.iii Total annual spending on mental healthcare in America tops $195 billion.iv The Covid 19 pandemic has made matters worse as many individuals become depressed as they suffer from growing feelings of isolation. Currently, in the United States, magic mushrooms are still illegal in all 50 states. Denver, Colorado and Oakland, California have both signed legislation to decriminalize magic mushrooms opening the door for researchers to explore potential medical benefits. Additionally, voters in Oregon are expected to see a measure to legalize the use of psilocybin in therapeutic settings on the ballot this fall.

Ehave, Inc. (OTC: EHVVF) planted its feet smack dab in the middle of the Psychedelic Medicine industry by acquiring PsychedeliTech, a division of Israel based Israel Cannabis Limited ("iCAN"). PsychedeliTech is the parent of PsyTech, which had originally planned to host an inaugural PsyTech Summit last March at the Hilton Hotel, on the Mediterranean Sea in Tel Aviv, Israel. The event was cancelled as a result of the Covid 19 pandemic, but Ehave and PsyTech have hosted a successful series of PsyTech Virtual Summits, which have been held online. These Psychedelic Industry Webinars have featured distinguished players in the Psychedelic Medicine industry such as Rick Doblin, Executive Director of Multidisciplinary Association for Psychedelic Studies (MAPS); Todd Shapiro, CEO of Red Light Holland; Bruce Linton, Founder and Former Chairman and Co-CEO of Canopy Growth; Saul Kaye, Founder CEO, can: Israel Cannabis; Shlomi Raz, Chairman/Founder, Eleusis; JR Rahn, Co-Founder/Director, MindMed; Matthew Johnson, PhD., Professor of Psychiatry and Behavior, Johns Hopkins; Tyler Bryden, Founder Speak Ai & Sessions; Sarah Hashkes, CEO of Radix Motion; Christian Angermayer, Founder, ATAI Life Sciences; Dr. Rosalid Watts, Clinical Psychologist at the Psychedelic Research Group at Imperial College London; and James Stephens, Chief Science Office and Co-Founder of Aurelius Data. The next webinar presented by Ehave and PsyTech will be July 29, 2020 at 12:00 PM Eastern Time. The webinar is titled Mystical Experience, Religion, and Psychedelics. Interested investors can sign up here for free https://www.psytech.biz/psytech-mystical-experience-july-29th/

The company believes that its Dash platform will play a crucial role in the global advancement of psychedelic research. As a HIPAA and GDPR compliant platform, Dash is secure and compliant with some of the world's strictest privacy laws. It's an optimal way to compile psychedelic research and results to provide easy access for scientists globally. Ehave recently acquired 51% of MDLink, a Jamaican Telemedicine provider. MDLink is licensed for all CARICOM Countries which include Antigua and Barbuda, Belize, Dominica, Grenada, Guyana, Haiti, Jamaica, Montserrat, Saint Kitts, Nevis, Saint Lucia, Saint Vincent, Rhe Grenadines, Suriname and Trinidad and Tobago. MDLink currently has over 10,000 patients. Ehave plans to develop a platform for MDLink Mental Health Therapy. Additionally, MDLink has entered into a technical cooperation agreement with the Inter-American Development Bank IDB Lab to design and test a digital screening solution for COVID-19 on the MDLink platform. The digital screening solution will allow vulnerable patients, such as those with pre-existing conditions and the elderly, to connect virtually from their homes with licensed physicians.

Psychedelics are quickly picking up steam among both researchers and investors. As the market opens up, forward-thinking companies are building an early presence in the space before it grows into a large and mainstream industry. Micro Cap investors may want to consider building a position in some of these companies given the similarities.

Allena Pharmaceuticals (NASDAQ: ALNA) is a late-stage clinical biopharmaceutical company dedicated to developing and commercializing first in-class, oral enzyme therapeutics to treat patients with rare and severe metabolic and kidney disorders. The company is focused on metabolic disorders that result in excess accumulation of certain metabolites, such as oxalate and urate, which can cause kidney stones, damage the kidney, and potentially lead to chronic kidney disease, or CKD, and end-stage renal disease. Reloxaliase is an orally administered enzyme designed for the treatment of enteric hyperoxaluria (EH) currently being evaluated in the second pivotal Phase 3 study with the FDA.

H.C. Wainwright analyst Edward White covers Allena Pharmaceuticals with a Buy rating and a price target of $10.00. The analyst commented, "Reloxaliase, an orally administered enzyme, is in development for the treatment of enteric hyperoxaluria (EH) in the Phase 3 URIROX-2 study that comes on the heels of the Phase 3 URIROX-1 trial. We are unaware of any other companies that trade at a market cap of under $50M that are in the second of two Phase 3 studies that could lead to an FDA filing in 2022. While there is a financial overhang on the stock due to the need for a capital raise to progress to Phase 3 completion, we believe the promise of a commercially successful drug for EH outweighs the risks."

DISCLAIMER: Atlanta Capital Partners, LLC (ATLCP), which owns and operates Otcstockreview.com, is a third-party publisher and news dissemination service provider, which disseminates electronic information through multiple online media channels. ATLCP is NOT affiliated in any manner with any company mentioned herein. ATLCP and its affiliated companies are news dissemination solutions providers and are not a registered broker/dealer/analyst/adviser, holds no investment licenses and may NOT sell, offer to sell or offer to buy any security. ATLCP's market updates, news alerts and corporate profiles are NOT a solicitation or recommendation to buy, sell or hold securities. The material in this release is intended to be strictly informational and is never to be construed or interpreted as research material. All readers are strongly urged to perform research and due diligence on their own and consult a licensed financial professional before considering any level of investing in stocks. All material included herein is republished content and details which were previously disseminated by the companies mentioned in this release. ATLCP is not liable for any investment decisions by its readers or subscribers. Investors are cautioned that they may lose all or a portion of their investment when investing in stocks. For current services performed ATLCP was compensated one thousand five hundred dollars for news coverage of current press releases issued by Ehave, Inc. by a non-affiliated third party. ATLCP holds no shares of any company named in this release. 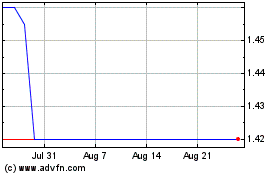 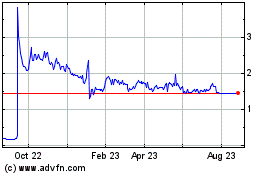 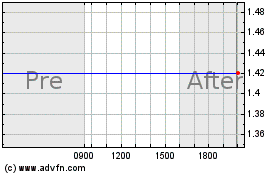