UNITED STATES
SECURITIES AND EXCHANGE COMMISSION
WASHINGTON, D.C. 20549
FORM 8-K
CURRENT REPORT
Pursuant to Section 13 or 15(d) of the
Securities Exchange Act of 1934
Date of Report (Date of earliest event reported): June 30, 2020
MYOS RENS TECHNOLOGY INC.
(Exact name of registrant as specified in its charter)
Registrant’s telephone number, including area code: (973) 509-0444
No change
(Former name, former address and former fiscal year, if changed since last report)
Check the appropriate box below if the Form 8-K filing is intended to simultaneously satisfy the filing obligation of the registrant under any of the following provisions (see General Instruction A.2. below):
☒ Written communications pursuant to Rule 425 under the Securities Act (17 CFR 230.425)
☐ Soliciting material pursuant to Rule 14a-12 under the Exchange Act (17 CFR 240.14a-12)
☐ Pre-commencement communications pursuant to Rule 14d-2(b) under the Exchange Act (17 CFR 240.14d-2(b))
☐ Pre-commencement communications pursuant to Rule 13e-4(c) under the Exchange Act (17 CFR 240.13e-4(c))
Securities registered pursuant to Section 12(b) of the Act:
Indicate by check mark whether the registrant is an emerging growth company as defined in as defined in Rule 405 of the Securities Act of 1933 (§230.405 of this chapter) or Rule 12b-2 of the Securities Exchange Act of 1934 (§240.12b-2 of this chapter).
Emerging growth company ☐
If an emerging growth company, indicate by check mark if the registrant has elected not to use the extended transition period for complying with any new or revised financial accounting standards provided pursuant to Section 13(a) of the Exchange Act. ☐

Forward Looking Statements
This communication contains forward-looking statements which include, but are not limited to, statements regarding expected timing, completion and effects of the proposed Merger. These forward-looking statements are subject to the safe harbor provisions under the Private Securities Litigation Reform Act of 1995. MYOS’s expectations and beliefs regarding these matters may not materialize. Actual outcomes and results may differ materially from those contemplated by these forward-looking statements as a result of uncertainties, risks and changes in circumstances, including but not limited to risks and uncertainties related to: the ability of the parties to consummate the proposed Merger, satisfaction of closing conditions precedent to the consummation of the proposed Merger, potential delays in consummating the Merger and the ability of MYOS to timely and successfully achieve the anticipated benefits of the Merger. Additional risks and uncertainties that could cause actual outcomes and results to differ materially from those contemplated by the forward-looking statements are included under the caption “Risk Factors” and elsewhere in MYOS’s most recent filings with the SEC, including MYOS’s Quarterly Report on Form 10-Q for the quarter ended March 31, 2020 and any prior or subsequent reports on Form 10-K, Form 10-Q or Form 8-K filed with the SEC from time to time and available at www.sec.gov. These documents can be accessed on the MYOS Investor Relations page at https://ir.myosrens.com/ by clicking on the link titled “SEC Filings.” The risks and uncertainties may be amplified by the COVID-19 pandemic, which has caused significant economic uncertainty. The extent to which the COVID-19 pandemic impacts MYOS’s and MedAvail’s businesses, operations, and financial results, including the duration and magnitude of such effects, will depend on numerous factors, which are unpredictable, including, but not limited to, the duration and spread of the outbreak, its severity, the actions to contain the virus or treat its impact, and how quickly and to what extent normal economic and operating conditions can resume.
The forward-looking statements included in this communication are made only as of the date hereof. MYOS and MedAvail assume no obligation and does not intend to update these forward-looking statements, except as required by law.
Item 9.01. Financial Statements and Exhibits
(d) Exhibits
5

SIGNATURES
Pursuant to the requirements of the Securities Exchange Act of 1934, the registrant has duly caused this report to be signed on its behalf by the undersigned thereunto duly authorized.
6
MYOS RENS Technology (NASDAQ:MYOS)
Historical Stock Chart
From Jul 2020 to Aug 2020 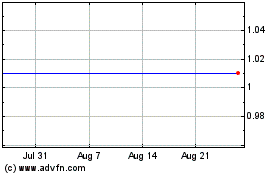 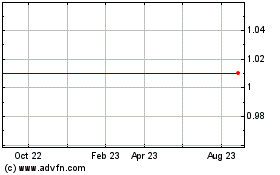 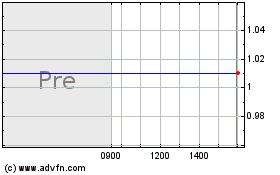