Also, today we filed a preliminary proxy statement which includes a request for shareholders to approve an increase in the number of outstanding shares of common stock by an additional 60 million shares. I believe it is in best interest of all shareholders to support this proposal. As I shared earlier in my update, we are engaged with multiple parties in trying to find the right match to maximize value of the Company. I believe having additional shares of common stock available is important to provide the Company with the flexibility it needs to increase its ability to pursue strategic options to increase shareholder value and is in our best interest as shareholders. We believe we have cash to fund operations until the end of the year. If closing a transaction takes longer than that, we will need the flexibility that this authorization provides to achieve value for our shareholders. It is very important that everyone votes, regardless of how many shares they own.

It is very important that everyone vote, regardless of how many shares you own. The proposal to increase the number of authorized shares requires a majority of all shares outstanding to vote in favor of the proposal. That’s a high bar to reach and every vote matters.

I know that some shareholders do not like the thought of approving more shares because of the dilution that may occur if those shares are subsequently issued. We understand and appreciate that concern. However, we are in the process of trying to sell the Company and the possible acquirers will act in their own best interest. It is in their interest to try to acquire the Company at the lowest possible price. We have previously indicated that we have cash until the end of the year, and that we are essentially out of shares of common stock. A buyer may attempt to get a lower price by delaying the process until closer to the end of the year. Their thought may be that as we get lower and lower on cash, we might accept a lower price.

Having shares of common stock available allows the Company to be able to raise cash to keep the staff that we have and allow the sale process to proceed, without being forced into an unfavorable position due to cash constraints. Without the additional authorized shares we have very few alternatives to raising funds, none of which we view as appealing, and we could be in a weaker negotiation position.

Also, there’s a second reason to approve the increase in authorized common shares. It is possible that shareholder value may be maximized by accepting a minority investment from another company. For example, a company may want to purchase a percentage of MicroVision now, and then purchase the rest of the company after a milestone or other event takes place. If the buyer was a potential customer, or had some other strategic reason for the investment, the shareholders might benefit greatly from that investment, but to be able to do a transaction such as this without the delay of future shareholder approval, MicroVision would need to have more shares available which could be sold to the investing company.

Some of you may ask why 60 million shares. The main reason is that the number shares could allow for a minority investment as I just described, and still have a sufficient number of shares that could be available for other purposes. But remember, the 60 million shares are not issued if they are approved on the proxy, they only would be issued as needed. It is possible, if the company is sold this year that very few of the shares would need to be issued.

Finally, I want you to know we are not asking for the authorization of more shares lightly. We’re working hard so that a sale transaction could close within the time period that our current cash will last. However, it takes around 60 days to file a proxy and hold a special shareholder meeting for new shares. So, the result of this vote won’t be known until early in the fourth quarter.

As Sumit discussed, MicroVision has developed amazing technology that we believe has a place in Augmented Reality, Automotive Lidar, and Consumer Electronics. Having the additional shares available gives us an opportunity to pursue all avenues to get the highest value for our shareholders. Please look for your proxy in late-August either in the mail or via email if you have opted for electronic delivery and vote in favor of authorizing more shares.

The Company’s shareholders will be able to obtain free copies of the proxy statement and any other documents relating to the Special Meeting filed with the SEC by the Company through the website maintained at the SEC at http://www.sec.gov/ or on the Company’s website at http://www.microvision.com/investors/proxy.html. Shareholders are advised to read the proxy 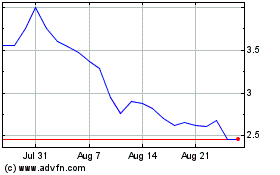 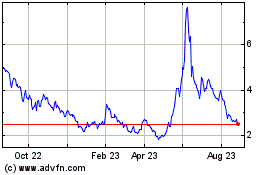 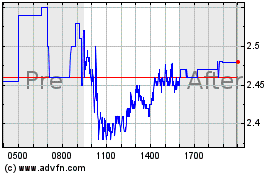