24.15
0.00 (0.0%)
Upgrade to Real-Time
Premarket
24.15
Filing of Certain Prospectuses and Communications in Connection With Business Combination Transactions (425)
April 26 2021 - 04:36PM
Edgar (US Regulatory)
UNITED STATES
SECURITIES AND EXCHANGE COMMISSION
Washington, D.C. 20549
FORM 8-K
Current Report Pursuant to Section 13 or 15 (d) of
The Securities and Exchange Act of 1934
DATE OF REPORT:
April 22, 2021
(Date of Earliest Event Reported)
Massachusetts
(State or Other Jurisdiction of Incorporation)
NOT APPLICABLE
(Former Address of Principal Executive Offices)
(781)-878-6100
(Registrant’s Telephone Number, Including Area Code)
Check the appropriate box below if the Form 8-K filing is intended to simultaneously satisfy the filing obligation of the registrant under any of the following provisions (see General Instruction A.2. below):

Indicate by check mark whether the registrant is an emerging growth company as defined in Rule 405 of the Securities Act (17CFR 230.405)) or Rule 12b-2 of the Exchange Act (17CFR 240.12b-2).
If an emerging growth company, indicate by check mark if the registrant has elected not to use the extended transition period for complying with any new or revised financial accounting standards provided pursuant to Section 13(a) of the Exchange
Act. ☐

d. The following exhibits are included with this Report:

SIGNATURE
Pursuant to the requirements of the Securities and Exchange Act of 1934, the Registrant has duly caused this report to be signed on its behalf by the undersigned and hereunto duly authorized.
Meridian Bancorp (NASDAQ:EBSB)
Historical Stock Chart
From Oct 2021 to Nov 2021 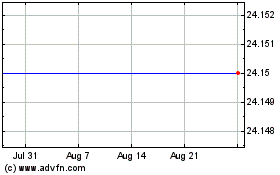 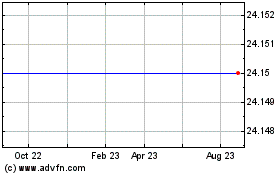 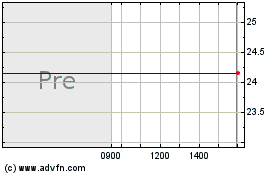