Pedro Arnt, Chief Financial Officer of MercadoLibre, Inc., commented, “I am pleased to report another quarter of solid performance in our business, across our key business units. During the 4Q’18 we have continued our efforts to re-calibrate our P&L with initiatives such as continued changes to our discounted shipping initiatives, and free listing caps, which allowed us to improved enhanced marketplace monetization. As a consequence our Net Revenues accelerated for the 3rd consecutive quarter, reaching 61.8% YoY on an FX neutral basis.”

1 Percentages have been calculated using whole amounts rather than rounded amounts.

Effective January 1, 2018, the Company adopted ASC 606, Revenue from Contracts with Customers related to revenue recognition (“ASC 606”) issued by the Financial Accounting Standards Board (“FASB”). The Company has adopted ASC 606 using the full retrospective transition method and has accordingly revised its consolidated financial statements for the year ended December 31, 2017, and applicable interim periods within the year ended December 31, 2017, as if ASC 606 had been effective for those periods. Because the Company did not offer free shipping in 2016, net revenue for that year does not need to be recast.

As a result of adopting ASC 606, the Company must present net revenue net of amounts paid in connection with the Company’s free shipping initiative, when the Company acts as an agent, rather than including these amounts in the cost of net sales, as previously recorded. For the three-month period ended December 31, 2018 the Company incurred $108.1 million of shipping subsidies that have been netted from revenues.

As a result of adopting ASC 606, our net revenues for the periods indicated below have been recast as presented below. Our adoption of 606 does not affect our operating or net income/loss.

*As Recast **As Reported ***The table above may not total due to rounding.

The tables below present our gross billing and amounts paid by us in connection with our free shipping service.

*As Recast **As Reported ***The table above may not total due to rounding.

(*) Figures have been expressed using rounding amounts. Growth calculations using this table may not total due to rounding. (**) Data for 2017 includes Venezuelan metrics up to November 30, 2017 due to deconsolidation. Please refer to Note 2 of our audited consolidated financial statements for additional detail.

Foreign Exchange (“FX”) Neutral – Calculated by using the average monthly exchange rate of each month of 2017 and applying it to the corresponding months in the current year, so as to calculate what the results would have been had exchange rates remained constant. Intercompany allocations are excluded from this calculation. These calculations do not include any other macroeconomic effect such as local currency inflation effects or any price adjustment to compensate local currency inflation or devaluations.

Total volume of payments on marketplace - Measure of the total U.S. dollar sum of all marketplace transactions paid for using MercadoPago, excluding shipping and financing fees.

Items sold – Measure of the number of items that were sold/purchased through the MercadoLibre Marketplace, excluding Classifieds items.

Items shipped – Measure of the number of items that were shipped through our shipping service.

Net income margin – Defined as net income as a percentage of net revenues.

New confirmed registered users – Measure of the number of new users who have registered on the MercadoLibre Marketplace and confirmed their registration, excluding Classifieds users.

Operating margin – Defined as income from operations as a percentage of net revenues.

Total confirmed registered users – Measure of the cumulative number of users who have registered on the MercadoLibre Marketplace and confirmed their registration, excluding Classifieds users.

Unique Buyers – New or existing users with at least one purchase made in the period, including Classifieds users.

Unique Sellers – New or existing users with at least one new listing in the period, including Classifieds users.

Founded in 1999, MercadoLibre is Latin America’s leading e-commerce technology company. Through its primary platforms, MercadoLibre.com and MercadoPago.com, it provides solutions to individuals and companies buying, selling, advertising, and paying for goods and services online.

MercadoLibre.com serves millions of users and creates a market for a wide variety of goods and services in an easy, safe and efficient way. The site is among the top 50 in the world in terms of page views and is the leading retail platform in unique visitors in the major countries in which it operates according to metrics provided by comScore Networks.  The Company is listed on NASDAQ (Nasdaq: MELI) following its initial public offering in 2007.

For more information about the Company visit: http://investor.mercadolibre.com.

MercadoLibre, Inc.Consolidated Balance SheetsAs of December 31, 2018 and 2017(In thousands of U.S. dollars, except par value)

MercadoLibre, Inc.Consolidated Statements of IncomeFor the years ended December 31, 2018, 2017 and 2016(In thousands of U.S. dollars, except for share data)

MercadoLibre, Inc.Consolidated Statement of Cash FlowsFor the years ended December 31, 2018, 2017 and 2016(In thousands of U.S. dollars)

(*)Excludes results of operations for Venezuela for the month of December 2017.

(*)Excludes results of operations for Venezuela for the month of December 2017.

To supplement our consolidated financial statements presented in accordance with U.S. GAAP, we use foreign exchange (“FX”) neutral measures.

The Company believes that reconciliation of FX neutral measures to the most directly comparable GAAP measure provides investors an overall understanding of our current financial performance and its prospects for the future. Specifically, we believe this non-GAAP measure provide useful information to both management and investors by excluding the foreign currency exchange rate impact that may not be indicative of our core operating results and business outlook.

The FX neutral measures were calculated by using the average monthly exchange rates for each month during 2017 and applying them to the corresponding months in 2018, so as to calculate what our results would have been had exchange rates remained stable from one year to the next. The table below excludes intercompany allocation FX effects. Finally, this measure does not include any other macroeconomic effect such as local currency inflation effects, the impact on impairment calculations or any price adjustment to compensate local currency inflation or devaluations.

The following table sets forth the FX neutral measures related to our reported results of the operations for the three-month period ended December 31, 2018:

(*) The table above may not total due to rounding. 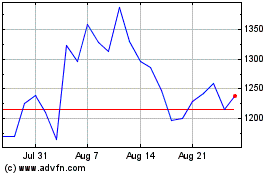 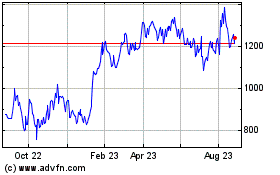 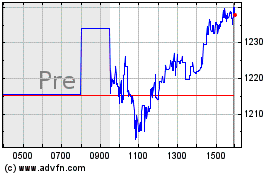