(Exact name of registrant as specified in its

Mr. Lindsay, 49, previously served as Executive Vice President at Urban One, Inc., where had worked in various capacities since 2011. During that time he oversaw advertising sales, integrated marketing, and sales operations for TV One and sister network CLEO TV, which he helped launch in 2019. In 2020, he took over the role as head of iOne Digital ad sales and One Solution, Urban One’s cross-platform marketing group, as well as One X Studios, the branded content production arm of Urban One. Prior to joining TV One in 2011, Mr. Lindsay spent nearly eight years in Ad Sales for Viacom Media Networks, focused on new business development for MTV, Comedy Central, Spike, CMT, and TV Land. Mr. Lindsay also served as VP of Ad Sales for MTV2, mtvU, and Palladia.

Pursuant to the terms of the offer letter agreement with Mr. Lindsay, which are to be memorialized in a formal employment agreement, Mr. Lindsay will receive an annual base salary of $550,000 and a grant of the shares of the Company’s Class A common stock valued at $700,000, which shall vest over the two-year period following the date of grant. Mr. Lindsay will also be eligible to earn a discretionary annual bonus, subject to approval of the Company’s Board of Directors and Compensation Committee, with a target amount of 60% of annual base salary. Mr. Lindsay will also be eligible for a severance payment equal to six months of annual base salary should he be terminated other than for cause or should he terminate his employment for good reason, both as defined in the employment agreement. He will also receive customary benefits.

Mr. Lindsay is also expected to be elected to the Company’s Board of Directors on or around July 1, 2021.

The employment agreement referenced above shall be filed when finalized as an exhibit to a report of the Company under the Securities Exchange Act of 1934, as amended.

On June 9, 2021, Bradford A. Tobin, the Company’s Chief Operating Officer, was also named President of the Company.

On June 11, 2021, the Company issued a press release announcing the appointments of Mr. Lindsay and Mr. Tobin. The press release is attached hereto as Exhibit 99.1.

See the Exhibit Index below, which is incorporated by reference herein.

Mediaco (NASDAQ:MDIA)
Historical Stock Chart
From Apr 2022 to May 2022 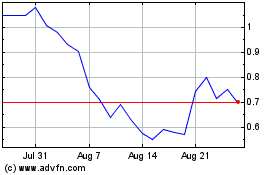 Mediaco (NASDAQ:MDIA)
Historical Stock Chart
From May 2021 to May 2022 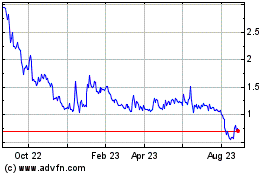 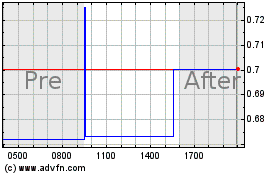