Check the appropriate box below if the Form 8-K is intended to simultaneously satisfy the filing obligation of the registrant under any of the following provisions (see General Instruction A.2. of Form 8-K):

On August 6, 2019 (the “Closing Date”), MannKind Corporation (“MannKind”) entered into a Credit and Security Agreement (the “MidCap Credit Facility”), by and among MannKind, MannKind LLC, MannKind’s wholly owned subsidiary (“MannKind LLC”, and together with MannKind, collectively, the “Company”), the lenders party thereto from time to time and MidCap Financial Trust (“MidCap”), as agent.

The Company’s obligations under the MidCap Credit Facility are secured by a security interest on substantially all of its assets, including intellectual property. Additionally, the Company’s future subsidiaries, if any, may be required to become co-borrowers or guarantors under the credit facility.

The MidCap Credit Facility contains customary affirmative covenants and customary negative covenants limiting the Company’s ability and the ability of the Company’s subsidiaries to, among other things, dispose of assets, undergo a change in control, merge or consolidate, make acquisitions, incur debt, incur liens, pay dividends, repurchase stock and make investments, in each case subject to certain exceptions. The Company must also comply with a financial covenant relating to trailing twelve month minimum Afrezza Net Revenue requirements (as defined in the MidCap Credit Facility), tested on a monthly basis, and a minimum cash covenant of $15.0 million at all times prior to the funding of Tranche 2, and $20.0 million at all times following the funding of Tranche 2 or Tranche 3.

The MidCap Credit Facility also contains customary events of default relating to, among other things, payment defaults, breaches of covenants, a material adverse change, listing of the Company’s common stock, bankruptcy and insolvency, cross defaults with certain material indebtedness and certain material contracts, judgments, and inaccuracies of representations and warranties. Upon an event of default, the agent and the lenders may declare all or a portion of the Company’s outstanding obligations to be immediately due and payable and exercise other rights and remedies provided for under the MidCap Credit Facility. During the existence of an event of default, interest on the term loans could be increased by 2.00%.

The Company also agreed to issue warrants to purchase shares of MannKind’s common stock (the “MidCap Warrants”) upon the drawdown of each term loan advance under the MidCap Credit Facility in an aggregate amount equal to 3.25% of the amount drawn, divided by the exercise price per share for that tranche. The exercise price per share is equal to the volume-weighted average closing price of MannKind’s common stock for the ten business days immediately preceding the second business day before the issue date. As a result of Tranche 1, the Company issued warrants to purchase an aggregate of 1,171,614 shares of the Company’s common stock, at an exercise price equal to $1.11 per share (the “Tranche 1 Warrants”). The MidCap Warrants are immediately exercisable and expire on the earlier to occur of the seventh anniversary of the respective issue date or, in certain circumstances, the closing of a merger, sale or other consolidation transactions in which the consideration is cash, stock of a publicly traded acquirer, or a combination thereof.

On August 6, 2019, MannKind entered into a privately-negotiated exchange agreement (the “2021 Note Exchange Agreement”) with Bruce & Co., Inc., for itself and on behalf of the beneficial owners of the holders of MannKind’s outstanding 5.75% Convertible Senior Subordinated Exchange Notes due 2021 (the “Existing 2021 Notes”), pursuant to which MannKind agreed to, among other things, (i) repay $1,470,147 in cash to such holders ($1,500,000 less the amount of interest accruing under the Existing 2021 Notes between August 6, 2019 and August 15, 2019), (ii) issue 4,017,857 shares of MannKind’s common stock to such holders (at a conversion price of $1.12 per share) (the “2021 Exchange Shares”), (iii) issue new 5.75% Convertible Senior Subordinated Exchange Notes due 2024 (the “2024 Convertible Notes”) to such holders pursuant to the provisions of an indenture (the “Indenture”) in an aggregate principal amount of $5,000,000 and (iv) issue two non-interest bearing promissory notes to such holders, each in the amount of $2,630,750, one of which will mature on June 30, 2020 (the “June 2020 Note”) and the other of which will mature on December 31, 2020 (the “December 2020 Note”, and together with the June 2020 Note, the “2020 Notes”), in exchange for the cancellation of the $18.7 million in principal amount of the Existing 2021 Notes. The 2020 Notes may be prepaid at any time on or prior to their respective maturity dates at the option of MannKind. In addition, MannKind may elect to pay the 2020 Notes at any time on or prior to their respective maturity dates, if certain conditions are met, in shares of MannKind’s common stock at a price per share equal to the last reported sale price on the trading day immediately prior to the payment date. The exchange pursuant to the 2021 Note Exchange Agreement was effected on August 6, 2019.

The 2024 Convertible Notes will be convertible, at the option of the holder, at any time on or prior to the close of business on the business day immediately preceding the stated maturity date, into shares of MannKind’s common stock at a conversion rate of 333.3333 shares per $1,000 principal amount of 2024 Convertible Notes, which is equal to a conversion price of approximately $3.00 per share. The conversion rate will be subject to adjustment under certain circumstances described in the Indenture.

The Indenture includes customary events of default, including:

If certain bankruptcy and insolvency-related events of default occur, the principal of, and accrued and unpaid interest on, all of the then outstanding 2024 Convertible Notes shall automatically become due and payable. If an event of default other than certain bankruptcy and insolvency-related events of defaults occurs and is continuing, the Trustee or the holders of at least 25% in aggregate principal amount of the then-outstanding 2024 Convertible Notes, by written notice to the Trustee, may declare the 2024 Convertible Notes due and payable at their principal amount plus any accrued and unpaid interest, and thereupon the Trustee may, at its discretion, proceed to protect and enforce the rights of the holders by the appropriate judicial proceedings. Notwithstanding the foregoing, the Indenture provides that, to the extent the Company elects, the sole remedy for an event of default relating to certain failures by the Company to comply with certain reporting covenants in the Indenture will, for the first 180 days after such event of default, consist exclusively of the right to receive additional interest on the 2024 Convertible Notes.

MannKind may elect at its option to cause all or any portion of the 2024 Convertible Notes to be mandatorily converted in whole or in part at any time prior to the close of business on the business day immediately preceding the maturity date, if the last reported sale price of its common stock equals or exceeds 120% of the conversion price then in effect for at least 10 trading days in any 20 trading day period, ending within five business days prior to the date of the mandatory conversion notice.

The Mann Group Convertible Note and Mann Group Non-Convertible Note will each accrue interest at the rate of 7.00% per year on the principal amount, payable quarterly in arrears on the first day of each calendar quarter beginning October 1, 2019.

The Mann Group Non-Convertible Note will mature on the earlier of (i) November 3, 2024 or (ii) the 90th day after the repayment in full, and termination and discharge of all obligations (other than contingent indemnity obligations) under the MidCap Credit Facility. Interest on the Mann Group Non-Convertible Note will be payable in kind by adding the amount thereof to the principal amount; provided that MannKind may, at its option, elect to pay any such interest on any interest payment date, if certain conditions are met, in shares of MannKind’s common stock at a price per shall equal to the last reported sale price on the trading day immediately prior to the interest payment date.

On August 2, 2019, MannKind entered into a Fifth Amendment to Supply Agreement (the “Fifth Amendment”) with Amphastar Pharmaceuticals, Inc. pursuant to which the parties agreed to, among other things, extend the term of the supply agreement an additional two years (to December 31, 2026) and restructure the annual purchase commitments as follows:

The information in Item 1.01 above is incorporated by reference into this Item 2.03. 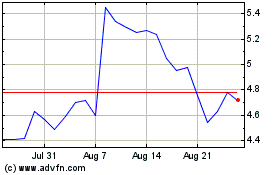 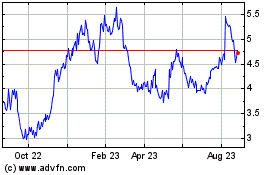 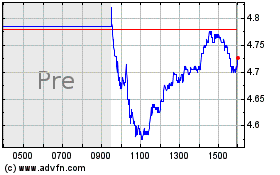