As previously announced, Keryx Biopharmaceuticals, Inc., a Delaware corporation (“Keryx”), entered into an Agreement and Plan of Merger on June 28, 2018, as amended on October 1, 2018 (the “Merger Agreement”) with Akebia Therapeutics, Inc., a Delaware corporation (“Akebia”), and Alpha Therapeutics Merger Sub, Inc., a Delaware corporation and wholly-owned subsidiary of Akebia (“Merger Sub”). Keryx’s stockholders adopted the Merger Agreement at a special meeting of stockholders held on December 11, 2018 (the “Special Meeting”). Pursuant to the terms of the Merger Agreement, on December 12, 2018, following the filing of a Certificate of Merger with the Secretary of the State of Delaware, Merger Sub merged with and into Keryx, and the separate corporate existence of Merger Sub thereupon ceased with Keryx continuing as the surviving corporation and a wholly-owned subsidiary of Akebia (the “Merger”).

Pursuant to the terms of the Merger Agreement, upon completion of the Merger, each share of common stock, par value $0.001 per share, of Keryx (a “Keryx Share”) issued and outstanding immediately prior to the effective time of the Merger (other than shares held by Akebia, Merger Sub, any subsidiary of Akebia or Keryx, or held by Keryx as treasury shares) was converted into the right to receive 0.37433 fully paid and non-assessable shares of common stock of Akebia, $0.00001 par value per share (an “Akebia Share”). No fractional Akebia Shares were issued in the Merger, and Keryx’s stockholders will receive cash in lieu of any fractional shares.

The issuance of Akebia Shares in connection with the Merger was registered under the Securities Act of 1933, as amended, pursuant to Akebia’s registration statement on Form S-4 (File No. 333-227622) filed with the Securities and Exchange Commission (the “Commission”) on October 1, 2018, as amended on October 25, 2018 and October 29, 2018 and declared effective on October 30, 2018. The registration statement contains additional information about the Merger, including information concerning the interests of directors, executive officers and affiliates of Keryx and Akebia in the Merger.

The Merger Agreement contains representations, warranties, covenants and other terms, provisions and conditions that the parties made to each other as of specific dates. The assertions embodied therein were made solely for purposes of the Merger Agreement, and may be subject to important qualifications and limitations agreed to by the parties in connection with negotiating their respective terms. Moreover, they may be subject to a contractual standard of materiality that may be different from what may be viewed as material to stockholders, or may have been used for the purpose of allocating risk between the parties rather than establishing matters as facts. For the foregoing reasons, no person should rely on such representations, warranties, covenants or other terms, provisions or conditions as statements of factual information at the time they were made or otherwise.

In connection with the closing of the Merger, on December 12, 2018, Keryx notified The Nasdaq Stock Market LLC (“Nasdaq”) that the Merger had been completed, and requested that trading of Keryx Shares on The Nasdaq Capital Market be suspended. In addition, Nasdaq has filed an application on Form 25 with the Commission to remove the Keryx Shares from listing on the Nasdaq Capital Market and from registration under Section 12(b) of the Securities Exchange Act of 1934, as amended (the “Exchange Act”). Keryx intends to file a certificate on Form 15 requesting that its reporting obligations under Sections 13 and 15(d) of the Exchange Act be terminated.

The information set forth in Item 2.01 is incorporated herein by reference.

Item 5.01 Changes in Control of Registrant.

As a result of the Merger, a change in control of Keryx occurred, and Keryx is now a wholly owned subsidiary of Akebia. The information set forth in Items 2.01 and 5.02 hereof is incorporated herein by reference.

In connection with the closing of the Merger and pursuant to the terms of the Merger Agreement, all of the members of Keryx’s Board of Directors resigned as of the effective time of the Merger. As previously disclosed, Mark J. Enyedy, Steven C. Gilman, Michael T. Heffernan, Jodie P. Morrison and Michael Rogers will serve on the Board of Directors of Akebia. No director resigned as a result of any disagreement with Keryx on any matter relating to Keryx’s operations, policies or practices.

Effective immediately following the resignations described above, John P. Butler was appointed as the sole director of Keryx.

In addition, as of the closing of the Merger, (i) Jodie P. Morrison’s service as Interim Chief Executive Officer of Keryx ended pursuant to the terms of her employment agreement, which was previously disclosed and (ii) the other executive officers of Keryx prior to the Merger ceased to be executive officers of Keryx. No officers resigned as a result of any disagreement with Keryx on any matter relating to Keryx’s operations, policies or practices. Pursuant to the terms of the Merger Agreement, Nicole R. Hadas, the President and Secretary of Merger Sub, was appointed to the officer positions of President and Secretary of Keryx, which will be the only officer positions of Keryx immediately following the effective time of the Merger.

Ms. Hadas joined Akebia in 2013 and is Senior Vice President, General Counsel and Corporate Secretary. Prior to joining Akebia, Ms. Hadas was Vice President and General Counsel at OvaScience, Inc. in 2013. Previously, Ms. Hadas served as Senior Vice President and General Counsel at Inspiration Biopharmaceuticals, Inc., a company that filed for protection under Chapter 11 of the U.S. Bankruptcy Code in October 2012 prior to the successful sale of its hemophilia assets to Cangene Corporation and Baxter International in early 2013 for a total aggregate consideration that could exceed $1 billion. From 2001 to 2011, Ms. Hadas worked at Genzyme Corporation, now Sanofi Genzyme, most recently as Senior Corporate Counsel. Prior to Genzyme, she was an associate at Foley Hoag representing biopharmaceutical companies and healthcare providers in a wide variety of matters. Ms. Hadas received a B.A. from the University of Michigan and a J.D. from Boston College Law School. The information set forth in Item 2.01 of this Current Report on Form 8-K regarding the conversion of Keryx equity awards is incorporated by reference into this Item 5.02.

At the Special Meeting, the following matters were voted upon, with the final results for each matter disclosed below.

Proposal 1: To consider and vote on a proposal to adopt the Merger Agreement:

Proposal 3: To consider and vote on a proposal to approve, on a non-binding, advisory basis, the compensation that may become payable to Keryx’s named executive officers that is based on or otherwise relates to the Merger, as described in the joint proxy statement/prospectus filed with the Commission on October 30, 2018:

The following exhibits are filed herewith: 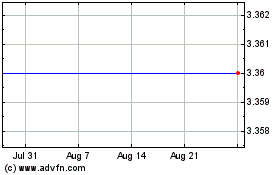 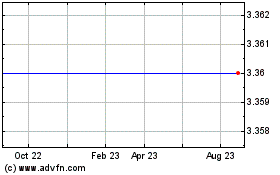 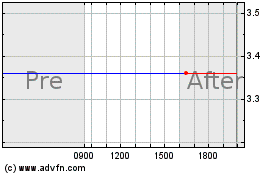