December 23, 20202 -- InvestorsHub NewsWire -- via digitaljournal.com -- Alternet Systems, Inc. (OTC PINK: ALYI) is earning investor attention as they transform from a development stage company into a diversified provider of alternative energy storage solutions with plans to commercialize its proprietary technologies within the electric vehicle sector.

ALYI is already staking a claim in a significant EV market. And while Tesla continues to earn the majority share of industry news, sector-specific investors often focus on derivative opportunities that target more specialized demands. Alternet Systems is working hard to attract their interest.

In fact, ALYI is already showing investors that it can find and exploit under-the-radar opportunities. Specifically, ALYI targets a potentially lucrative market by focusing on the Sub Saharan ride-share market, a relatively untapped market that is a prime candidate to benefit from the advantages offered by an electric-powered sidecar motorcycle. And by filling niches in a billion-dollar market, companies often face fewer competitive headwinds. That's the goal of ALYI; to become the leader in its respective markets by offering customers the products and services that they know best. And they are making the right choices by targeting the vast EV markets.

Moreover, with electric vehicles continuing to strengthen their appeal as a future and environmentally conscious means of transportation, ALYI's plans to deliver a high functioning and economical solution to a specialized portion of this market is not only timely but can be extremely rewarding through the commercialization of its innovative motorcycle and battery technology. Here's how.

To earn its piece of the burgeoning EV industry, ALYI stays focused on developing innovative applications for electric vehicles and batteries within the African ride-sharing market. The market is unique and fits precisely into ALYI's product and business focus. In fact, in a December 18, 2020 release, ALYI said it has already signed orders for its electric motorcycle explicitly designed to serve the African taxi (Boda boda) market in East Africa. Production is expected to begin in 2021.

The business plan is taking swift advantage of the differences in the African markets. Unlike other parts of the world, ride-sharing services using passenger-vehicles are far less prevalent. Rather than using cars, these markets inspire their own popular ride-share transportation method through specialized motorcycle taxis, or "Boda bodas."

The market is not new, and multiple local startups are actively trying to leverage space in the market. Even ride-sharing giant Uber is operating its own e-boda service in limited countries. To date, it's estimated that Uber has over 2 million registered users in Africa, coupled with more than 29,000 drivers. The numbers are not only big, but they also expose the huge demand available to suitably focused companies. And for well-managed, well-financed, and innovative companies, there is more than enough business to generate substantial revenues even in a competitive landscape. For ALYI, they believe that a more localized approach to earning market share could generate potential windfalls from a loyalty driven presence.

The key to success is to define and stay ahead of the trends. ALYI understands that fact as much as any company. Thus, management has been on-point to develop and implement its plan to bring industry-leading solutions to the African ride-sharing market. They are further confident its approach to secure a large share of the e-bike market will enable them to become a preferred provider of motorcycle taxis in their respective markets. While their ambitions are bold, they have done their legwork.

The company has done vast due-diligence to understand the intricacies of their targeted markets and create designs based on specific specifications and preferred equipment already being used. They even utilize data from the China market to maintain what they believe will be a competitive advantage over other providers. Their extensive research led to its design of their first electric vehicle, the proprietary ReVolt Electric Motorcycle, a fully electric motorcycle based on the famous BMW R71. That bike is a great role model.

The R71 has a rich history dating back to the 1930s, and modified blueprints of its design have resulted in a nearly ubiquitous motorcycle taxi in China, the Chang Jiang CJ750. In areas where these bikes are commonly manufactured, they are preferred by many ride-share drivers due to their cost, strength in rugged terrain, availability of replacement parts, and relatively large seating capacity. Those attributes helped develop ALYI's innovative designs.

But more than just capitalizing on the familiarity and longtime appreciation of the bike's design, ALYI has created their spin on the motorcycle with ReVolt. This ingenious design replaces the combustion engine with an engine that is charged and powered by electricity. The ReVolt will sport two saddle seats and be equipped with a sidecar, and the conversion from fuel to electricity-powered operations allows the bike to pack a substantial battery capacity powered by Alternet Systems' lithium battery solution. ALYI is not entirely neglecting its competition. They see an opportunity there as well.

The company is offering a conversion kit that can fully convert an existing gas-powered BMW R71 or CJ750 into full electric, offering those who already use the bike for ride-sharing purposes the opportunity to enjoy reduced fuel costs and reliable power. Thus, they can earn revenues through multiple and diverse streams.

ALYI's Revolt bike has made its way through the development stage, and word that an affordable electric motorcycle taxi with widely available replacement parts is spreading quickly among the African ride-share industry. Gossip has its rewards, and ALYI has since confirmed the receipt of 2000 orders in Kenya and is currently working to finalize plans to create a manufacturing facility for full-time production of its ReVolt motorcycle to meet this demand.

Notably, it's an ideal time for ALYI to be nearing the commercialization of its battery and electric vehicle development programs. The market is substantial now, but it is expected to expand significantly in the coming years. Estimates expect the worldwide fuel cell electric vehicle market to become a $9 billion opportunity by 2024, with e-bikes accounting for nearly 25% of the product mix.

Thus, despite ALYI entering a competitive landscape, their strategy focuses on a less-crowded segment that can still deliver robust revenues and growth in the coming years. They also can do well by positioning themselves in an e-bike market that will remain an essential part of the industry. In some markets, the growth could be exponential because of crowding, environmental causes, and certain logistical situations that make an e-bike the preferred vehicle for e-boda services. Therefore, not only is ALYI ideally positioned to benefit from a significant e-bike market, but their strategic decision of electrifying and improving a gasoline motorcycle can contribute substantially to its growth as competing companies may be forced to adapt to potentially new and restrictive regulations.

Now, with the production of the ReVolt electric motorcycle in progress, ALYI can shift some of its focus to other areas to create and maximize shareholder value. Like its retooling of existing gas-powered bikes, the company thinks it can create value by taking advantage of other accretive opportunities by developing additional innovative electric solutions. They are also capitalizing on unique capital raising opportunities.

One strategy may be to spin-off subsidiary assets such as ReVolt through a Reg A+ public offerings. This method of raising capital is becoming popular and can not only help deliver fresh capital, but can also reward its shareholder base by providing a dividend of interest by monetizing non-core assets. It's a unique strategy that provides cash but also keeps ALYI in control.

In most straightforward and best terms, taking that direction would allow ALYI to remain as the holding company of important IP assets and allow its subsidiaries to focus intently on their specific niche market within the company. The excellent news for ALYI shareholders is that they can earn dividends from the subsidiary spin-offs and still inure gains from the direct stock ownership.

Looking Ahead For A 2021 Breakout

Alternet System's work during 2020 has set them up well for a potential breakout year in 2021. In particular, ALYI's progress of penetrating the African ride-share market has placed them in a prime position to capitalize on the planned commercialization of its ReVolt electric motorcycle taxi. But, this is only one area of focus for the company.

As noted, ALYI has long been entrenched in battery and energy storage research. That expertise, especially alongside the focus on lithium-ion solutions, the team plans to leverage its work to develop innovative power solutions using graphene, fuel cells, solar, photosynthesis, and other developing alternative solutions. The better news is that its research fits well with its next generation of planned products, an electric-powered delivery truck designed for the Sub Saharan market.

Clearly, the technology is next-generation, and investors should understand that while short-term revenue-generating opportunities may be near, it's the long-term value that can deliver the ultimate prize. To reach that point, management has noted their intent to target several markets, and with their military experience, is eyeing specific opportunities generated by military applications.

As a point of interest, management has already worked professionally with several military vendors. And although these vendors may not be especially well-known to the general public, the company believes that they could offer substantial business development opportunities by recognizing the company's current product pipeline. On the battery side alone, the United States military has been estimated to spend over $100 million a year, and demand that these batteries perform in rugged conditions and remain powerful and easily transportable. Notably, the US military is one of the largest military exporters in the world, and if ALYI can leverage its connections, it could deliver exponential growth for that business segment.

Thus, it would be shortsighted to assume that ALYI is only focused on its massive opportunity in the electric vehicle and African ride-share market. The reality more aligns with the fact that ALYI management has spent years developing business relationships across multiple continents and countries. That experience creates value by allowing ALYI to focus on cultural variables where understanding how specific markets function can be the difference between success and failure.

Success comes from a sum of the parts, and the ALYI equation is making a great deal of sense of current values. Targeting a massive e-bike market opportunity in Africa, leveraging its expertise in battery technology to create additional channels for revenue, and a plan to retool potentially thousands of gas-powered bikes in the near term exposes what many believe is a valuation disconnect.

In that case, the good news is that stock valuations tend to react sharply to positive news. And with several potential catalysts lined up for possible announcement in early 2021, that disconnect creates current opportunities. The recent spike in volume may show that investors are positioning ahead of a move higher.

Other EV movers include - BLNK, NIO, and KNDI 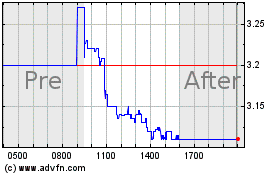