Mr. Yan Dinggui, the Founder, Director and Chief Executive Officer, commented: “Industry conditions remained challenging during the third quarter, but solid execution of Company’s strategy enabled us to sustain an attractive level of profitability. Our efforts now are focused on preparation for the change in regulatory qualification and compliance. Because the final outcome of industry reforms is still uncertain, we want to be fully prepared for a range of scenarios.”

Revenue from post-origination services was RMB59.3 million (US$8.3 million), representing a decrease of 3.4% from the same period of 2018. The decrease was due to the disposal of our previously-consolidated affiliated company Shanghai Caiyin Asset Management Co, Ltd. ("Caiyin"), which provided certain post-origination loan services.

Origination and servicing expense was RMB101.1 million (US$14.1 million), representing an increase of 2.7% from the same period of 2018, primarily due to higher expenses associated with credit assessment.

Allowance for uncollectible receivables and contract assets was RMB67.8 million (US$9.5 million), representing an increase of 156.9% from the same period of 2018, primarily due to the increase in loan origination volume and unfavorable changes in estimated collectability, which is caused by difficult industry conditions.

Sales and marketing expense was RMB152.4 million (US$21.3million), representing an increase of 33.8% from the same period of 2018, driven by an increase in advertising expenses to promote the Company’s brand.

Research and development expense was RMB58.6 million (US$8.2 million), representing an increase of 60.0% from the same period of 2018, as the Company continued to invest in technology.

Net income attributable to Jiayin shareholders was RMB81.8 million (US$11.4 million), compared with a net loss of RMB44.0 million in the same period of 2018.

During the quarter, the Company conducted a business combination with Geerong Yun (Shanghai) Enterprise Development Co., Ltd. (“Geerong Yun”), an innovative fintech-driven platform connecting financial institutions. Prior to the combination, Geerong Yun and Jiayin were under the common control of Mr. Dinggui Yan, the Founder, Director and Chief Executive Officer of Jiayin. The combination has been retrospectively reflected in the financial statements from the beginning of 2019, but not to prior periods as the impact was not material. The consolidation is intended to support the growth of Jiayin’s institutional funding sources, as well as to strengthen our big data analytics and fintech R&D. In addition, during this quarter, the Company disposed Caiyin, the details of the disposal was provided in the Company’s press releases furnished to the SEC on form 6-Ks, including the relevant exhibits which dated on September 16, 2019 and October 24, 2019, respectively.

The Company will host a conference call to discuss its financial results on Tuesday, November 26, 2019 at 8:00 a.m. US Eastern Time/ 9:00 PM China Standard Time.

Dial-in details for the earnings conference call are as follows:

To join, please dial in 10 minutes before the call is scheduled to begin and provide the passcode 6759548.

A replay of the conference call may be accessed by phone at the following numbers until December 3, 2019. To access the replay, please reference the conference ID 6759548.

A live and archived webcast of the conference call will be available on the Company’s investors relations website at  http://ir.niwodai.com/.

Jiayin Group Inc. is a leading online individual finance marketplace in China committed to facilitating effective, transparent, secure and fast connections between investors and borrowers, whose needs are underserved by traditional financial institutions. The origin of the business of the Company can be traced back to 2011. The Company operates a highly secure and open platform with a comprehensive risk management system and a proprietary and effective risk assessment model which employs advanced big data analytics and sophisticated algorithms to accurately assess the risk profiles of potential borrowers.

This announcement contains translations of certain RMB amounts into U.S. dollars (“US$”) at specified rates solely for the convenience of the reader. Unless otherwise noted, all translations from RMB to U.S. dollars are made at a rate of RMB7.1477 to US$1.00, the exchange rate set forth in the H.10 statistical release of the Board of Governors of the Federal Reserve System as of September 30, 2019. The Company makes no representation that the RMB or US$ amounts referred could be converted into US$ or RMB, as the case may be, at any particular rate or at all.

JIAYIN GROUP INC. UNAUDITED CONDENSED CONSOLIDATED STATEMENTS OF COMPREHENSIVE INCOME (Amounts in thousands, except for share and per share data) 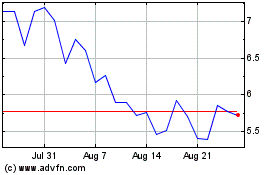 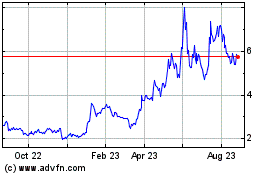 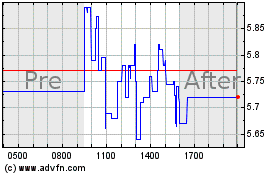