Ionis Pharmaceuticals Inc.'s Tegsedi, for example, treats patients with nerve damage stemming from hereditary ATTR amyloidosis, a disease in which the body produces a mutant form of the TTR protein. Tegsedi, which is injected, targets RNA to reduce the production of TTR protein, according to Ionis.

Expansion is developing RNA-targeted small-molecule drugs for diseases with few treatment options. They include myotonic dystrophy type 1, a disease affecting muscle, cardiac and brain function; the motor disease amyotrophic lateral sclerosis; frontotemporal dementia, a severe form of dementia; and tauopathies, or brain disorders marked by an overabundance of certain forms of the protein tau.

By going upstream of proteins and targeting RNA, Expansion hopes to make a profound impact on these diseases, said Chief Executive Renato Skerlj. Expansion, which raised this Series B funding from Cormorant Asset Management, and others, plans to use the new capital to advance its platform and move its initial drugs toward clinical trials.

Blood storage technology. Hemanext Inc. has secured new venture-capital funding ahead of plans to seek U.S. regulatory authorization for a medical device designed to improve blood storage and help patients who depend heavily on donated blood.

Hemanext has collected $15 million in new funding and has now raised a total of more than $100 million.

Donated blood is used widely in medical care, including in the treatment of traumatic injuries and patients with blood disorders such as sickle cell disease. Hospitals' need for blood is increasing as they catch up on surgeries following coronavirus pandemic-related delays.

Hemanext aims to improve the blood supply by increasing the quality of stored red blood cells. That could lead to benefits such as less-frequent blood transfusions for patients. The company plans to study its technology in various types of patients, including those with burns, sickle cell disease and blood cancers known as myelodysplastic syndromes.

"We're always living in a state of concern about whether or not we'll have the supply to meet the [needs] of every American."

-- Biree Andemariam, a professor of medicine at UConn Health, and a clinical adviser to Hemanext, referring to the nation's supply of donated blood

Vensana Capital, a venture-capital and growth-equity firm focused on medical technology, closed its second fund at its hard cap of $325 million. Vensana Capital II LP will continue to back startups in the medical devices, diagnostics and data-science, life-science tools, digital health and tech-enabled services sectors. With offices in Minneapolis and Vienna, Va., Vensana Capital raised $225 million for its debut fund two years ago.

Hadean Ventures held the first closing of its second fund at EUR90 million ($104 million) to continue investing in pharma, biotech, medtech diagnostics and digital health startups, mostly in Europe. The new fund is supported by over 30 limited partners including OPF, Saminvest, Argentum and Investinor. Hadean Ventures has offices in Oslo and Stockholm.

Healthcare automation platform Lumeon named Breht Feigh to the post of chief financial officer. He was most recently CFO of Press Ganey Associates. Lumeon is based in Boston and London, and is backed by investors including Optum Ventures, Endeavour Vision, LSP and Amadeus Capital Partners.

Anji Pharma, a Cambridge, Mass.- and Shanghai-based biotech company, landed $70 million in Series B funding from CR Capital. The company's clinical pipeline includes a provider of glucose management in patients with Type 2 diabetes and advanced chronic kidney disease, as well as a treatment for functional constipation.

Stellar Health, a New York-based startup whose technology enables primary-care providers to deliver real-time notifications and action-based incentives to patients, secured more than $60 million in Series B financing. General Atlantic led the round, which included additional support from Point72 Ventures, Primary Venture Partners and others.

Wider Circle, a Redwood City, Calif.-based startup that works with health plans to deliver hyper-local care programs that connect neighbors for better health, snagged a $38 million Series B round. Lead investor AmeriHealth Caritas was joined by Blue Venture Fund, Chicago Ventures and others in the new funding.

NovaSignal Corp., a Los Angeles-based startup specializing in the assessment and management of brain health, closed a $37 million Series C1 round led by Alpha Edison and Reimagined Ventures.

Kytopen Corp., a Cambridge, Mass.-based provider of a scalable technology for engineered cell therapies, collected $30 million in an oversubscribed Series A round. Northpond Ventures led the investment, which saw participation from the Engine, Horizon Ventures, Mass Ventures and others. Northpond's Adam Wieschhaus and the Engine's Theresa Tribble will join the board.

Vital, an Atlanta-based provider of software for hospital emergency departments, snagged $15 million in Series A funding. Transformation Capital led the round, which included participation from First Round Capital and Threshold Ventures.

Americans are getting Covid-19 boosters -- no questions asked

The tedious process of training computers to think about medicine. (STAT News)

How exploiting a protective gene mutation might protect the brain from Alzheimer's disease. (Fierce Biotech) 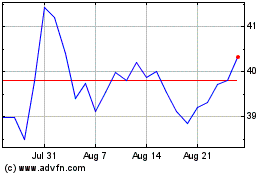 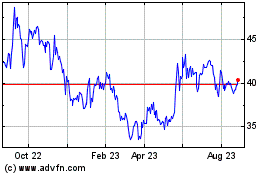 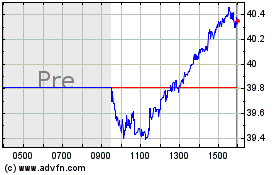