As the result of the previously announced sale of the company’s BioPharma business to Interpace Diagnostics Group, Inc. (Nasdaq: IDXG) or its affiliate, IDXG or its affiliate paid approximately $6 million in cash to CGIX on October 24, 2019, as partial settlement of a promissory note in the original face amount of approximately $7.7 million due to CGIX. The gross purchase price of the BioPharma sale transaction was $23.5 million less certain closing adjustments totaling approximately $2.0 million, in addition to the assumption by IDXG of approximately $5.2 million of liabilities relating to the BioPharma business. IDXG or its affiliate paid approximately $9.25 million in cash at closing to the company’s former senior secured lenders, and the balance of the cash portion of the purchase price of approximately $2.25 million (net of expenses) was paid to the company. IDXG’s subsidiary also issued a promissory note to CGIX in the original face amount of approximately $7.7 million, subject to certain post-closing adjustments and holdbacks. The note was due upon the approval by IDXG’s shareholders of a significant investment by Ampersand Capital Partners in IDXG and the closing of that investment, which occurred on October 16, 2019. The payment of approximately $6 million represents amounts known to be due at this date. After known post-closing reductions of approximately $0.8 million, the company may receive up to an additional $0.9 million in January 2020 or thereafter, subject to certain contingencies and set-off rights of IDXG.

Previously, CGIX borrowed $1.5 million under a credit agreement and unsecured convertible promissory note with NovellusDx Ltd. on September 18, 2018 in connection with a proposed merger, which merger was subsequently terminated in December 2018. To resolve all matters under the credit agreement and the terminated merger agreement, on October 21, 2019, CGIX entered into a settlement agreement with NovellusDx, under which CGIX paid NovellusDx $100,000 in cash, and agreed to remit $1.0 million within five business days from the date in which it received the note payment from IDXG on behalf of its affiliate described above. In addition, CGIX is required to pay NovellusDx $50,000 per month for the next subsequent nine months, or a total of $450,000, upon satisfaction of which the credit agreement and promissory note will terminate. Subject to the company making the $1 million payment, NovellusDx and CGIX each agreed to waive any and all claims against the other in connection with the credit agreement and the terminated merger agreement from December 2018, other than the remaining payments totaling $450,000.

On October 21, 2019, CGIX entered into a note purchase agreement with Atlas Sciences, LLC to borrow $1.25 million pursuant to an unsecured promissory note in the initial principal amount of approximately $1.35 million (with the difference representing original issue discount and expenses). The proceeds of the note, along with a cash amount of approximately $1.46 million to be provided by CGIX, will be used to repay the outstanding amount due to Iliad Research and Trading, L.P. (an affiliate of Atlas Sciences, LLC) under the promissory note issued on July 17, 2018.

Also on October 21, 2019, CGIX entered into an M&A Advisory Engagement with H.C. Wainwright & Co. LLC to assist CGIX with its ongoing strategic initiatives to identify and evaluate potential acquisition, merger, business combination or other strategic transaction involving CGIX. The company does not intend to discuss or disclose further developments regarding the strategic review process unless and until its Board of Directors has approved a specific action or otherwise determined that further disclosure is appropriate or required by law.

Through the acquisition of vivoPharm in 2017, the company’s wholly owned subsidiary, vivoPharm, offers proprietary preclinical test systems supporting clinical diagnostic offerings at early stages, valued by the pharmaceutical industry, biotechnology companies and academic research centers. vivoPharm specializes in conducting studies tailored to guide drug development, starting from compound libraries and ending with a comprehensive set of in vitro and in vivo data and reports, as needed for Investigational New Drug filings. The company reported revenue from its Discovery business of $3.3 million for the six month period ended June 30, 2019 compared to $2.7 million for the six months ended June 30, 2018. 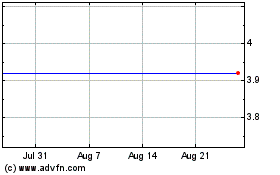 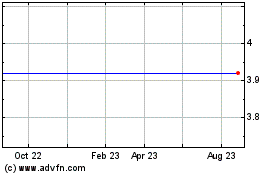 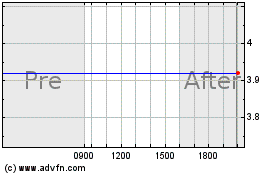