Intercept Pharmaceuticals, Inc. (Nasdaq:ICPT) (Intercept) today announced that the FLINT trial of obeticholic acid (OCA) for the treatment of nonalcoholic steatohepatitis (NASH) has been stopped early for efficacy based on a planned interim analysis showing that the primary endpoint of the trial has been met. FLINT is a multi-center, double-blind, placebo-controlled clinical trial assessing the safety and efficacy of a 25 mg oral dose of OCA administered daily to biopsy-proven adult NASH patients over a 72-week treatment period. The trial has been sponsored and conducted by the National Institute of Diabetes & Digestive & Kidney Diseases (NIDDK), a part of the National Institutes of Health, at eight leading US academic hepatology centers comprising the NIDDK's NASH clinical research network (CRN).

The decision to stop FLINT has been based on the recommendation of the Data Safety Monitoring Board (DSMB) which reviewed liver biopsy data from before and at the end of the treatment period in approximately half of the 283 randomized patients, in accordance with a planned interim efficacy analysis. This analysis demonstrated that OCA treatment resulted in a highly statistically significant improvement (p=0.0024 on an intention-to-treat [ITT] basis) in the primary histological endpoint, defined as a decrease in the NAFLD Activity Score (NAS) of at least two points with no worsening of fibrosis, as compared to placebo. Those patients who had not yet completed the trial and therefore did not have a second biopsy were treated as non-responders in the ITT analysis. The pre-defined threshold of statistical significance for stopping FLINT was p < 0.0031.

"The unexpected early stopping of FLINT due to OCA meeting the primary endpoint with such high significance is a major milestone," said Mark Pruzanski, M.D., Chief Executive Officer of Intercept. "NASH has grown to epidemic proportions worldwide, having become a leading cause of cirrhosis and liver failure. On its current trajectory, the disease is projected to become the leading indication for liver transplant. We are deeply grateful to the NIDDK and the NASH CRN for their longstanding commitment both to improving our understanding of the disease and to sponsoring ambitious trials like FLINT in their quest to identify novel treatments for patients suffering from NASH."

Intercept will discuss NASH and the FLINT trial during the previously announced conference call and audio webcast scheduled to take place today at 4:30 p.m. ET. The live event will be available on the investor page of the Intercept website at http://ir.interceptpharma.com or by calling (855) 232-3919 (domestic) or (315) 625-6894 (international) five minutes prior to the start time. A replay of the call will be available on the Intercept website approximately two hours after the completion of the call and will be archived for two weeks.

The Farnesoid X Receptor Ligand Obeticholic Acid in Nonalcoholic Steatohepatitis Treatment (FLINT) trial has been sponsored and conducted by the National Institute of Diabetes & Digestive & Kidney Diseases (NIDDK). FLINT enrolled 283 adult NASH patients at eight US centers comprising the NIDDK's NASH clinical research network. Patients were randomized to receive either a 25 mg dose of OCA or placebo for 72 weeks. Patients enrolled in the trial were qualified based on a diagnosis determined by liver biopsy at the start of the trial with a NAFLD Activity Score (NAS) of four or greater and with a score of at least one in each component of the NAS eight point scale (steatosis 0-3, lobular inflammation 0-3, ballooning 0-2). End of study biopsies were conducted in patients after the 72-week treatment period, with all biopsies centrally scored in a blinded fashion. Further details can be found at http://clinicaltrial.gov/ct2/show/NCT01265498.

Intercept's collaborator Dainippon Sumitomo Pharma is currently conducting a NASH trial in Japan. This trial is evaluating the safety and efficacy of a once-daily dose of OCA as compared to placebo, with a targeted enrollment of 200 patients. Enrollment is projected to be completed by the end of January 2014 with top-line results expected by the end of 2015.

NASH is a serious chronic liver disease caused by excessive fat accumulation in the liver that, for reasons that are still incompletely understood, induces chronic inflammation which leads to progressive fibrosis (scarring) that can lead to cirrhosis, eventual liver failure and death. There are currently no drugs approved for the treatment of NASH. Studies have shown that over a ten year period at least 10% of NASH patients will develop cirrhosis, and liver-related mortality due to this disease is ten-fold that of the general population. According to recent epidemiological studies, it is estimated that approximately 12% of the U.S. adult population has NASH, while 2.7% (potentially more than six million patients) are believed to have advanced liver fibrosis or cirrhosis due to progression of the disease. The proportion of liver transplants attributable to NASH has increased rapidly in past years and over the next decade the disease is projected to become the leading indication for liver transplant ahead of chronic hepatitis C and alcoholic liver disease.

Intercept is a biopharmaceutical company focused on the development and commercialization of novel therapeutics to treat orphan and more prevalent liver diseases utilizing its expertise in bile acid chemistry. The company's lead product candidate, obeticholic acid (OCA), is a bile acid analog and first-in-class agonist of the farnesoid X receptor (FXR). OCA is being developed for a variety of chronic liver diseases including NASH, primary biliary cirrhosis (PBC), portal hypertension and bile acid diarrhea. OCA has received orphan drug designation in both the United States and Europe for the treatment of PBC. Intercept owns worldwide rights to OCA outside of Japan and China, where it has out-licensed the product candidate to Dainippon Sumitomo Pharma. For more information about Intercept, please visit the Company's website at: www.interceptpharma.com.

This press release contains "forward-looking statements" within the meaning of the Private Securities Litigation Reform Act of 1995, including, but not limited to, statements regarding the trajectory of the growth of the market for NASH; the utility of the selected endpoint; the acceptance by regulatory authorities of the trial endpoint or results; clinical, preclinical and regulatory developments for Intercept's product candidates; the anticipated timeframe for the commencement, completion and receipt of results from the clinical trials in OCA and for the making of regulatory submissions; the anticipated results of our clinical and preclinical trials and other development activities; and our strategic directives under the caption "About Intercept." These "forward-looking statements" are based on management's current expectations of future events and are subject to a number of risks and uncertainties that could cause actual results to differ materially and adversely from those set forth in or implied by such forward-looking statements. These risks and uncertainties include, but are not limited to: the initiation, cost, timing, progress and results of Intercept's development activities, preclinical studies and clinical trials; the timing of and Intercept's ability to obtain and maintain regulatory approval of OCA, INT-767 and any other product candidates it may develop, and any related restrictions, limitations, and/or warnings in the label of any approved product candidates; Intercept's plans to research, develop and commercialize future product candidates; the election by Intercept's collaborators to pursue research, development and commercialization activities; Intercept's ability to attract collaborators with development, regulatory and commercialization expertise; Intercept's ability to obtain and maintain intellectual property protection for its product candidates; Intercept's ability to successfully commercialize its product candidates; the size and growth of the markets for Intercept's product candidates and its ability to serve those markets; the rate and degree of market acceptance of any future products; the success of competing drugs that are or become available; regulatory developments in the United States and other countries; the performance of third-party suppliers and manufacturers; Intercept's ability to obtain additional financing; Intercept's use of the proceeds from its initial public offering in October 2012 and follow-on offering in June 2013; the accuracy of Intercept's estimates regarding expenses, future revenues, capital requirements and the need for additional financing; the loss of key scientific or management personnel; and other factors discussed under the heading "Risk Factors" contained in Intercept's annual report on Form 10-K for the year ended December 31, 2012 filed on April 1, 2013 as well as any updates to these risk factors filed from time to time in Intercept's other filings with the Securities and Exchange Commission. All information in this press release is as of the date of the release, and Intercept undertakes no duty to update this information unless required by law.

CONTACT: For more information about Intercept, please contact Barbara Duncan or Senthil Sundaram, both of Intercept Pharmaceuticals at 1-646-747-1000. 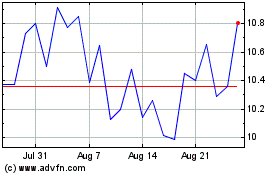 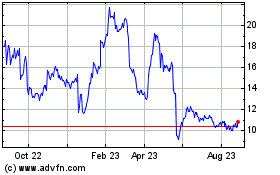 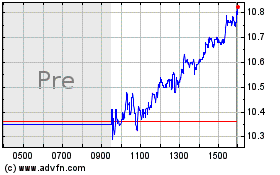