BRIDGEWATER, N.J., Aug. 6, 2020 /PRNewswire/ -- Insmed Incorporated (Nasdaq:INSM), a global biopharmaceutical company on a mission to transform the lives of patients with serious and rare diseases, today reported financial results for the second quarter ended June 30, 2020, and provided a business update.

"I am incredibly proud of the Insmed team's performance in the second quarter of 2020, which saw significant progress across our programs even against the backdrop of the continued COVID-19 pandemic," commented Will Lewis, Chair and Chief Executive Officer of Insmed. "ARIKAYCE U.S. sales showed strong sequential growth from the first quarter as we continued to support patients and physicians through both virtual and in-person efforts, and we are excited about its inclusion in the new international treatment guidelines as well as the recent positive CHMP opinion. At the same time, we continued to advance brensocatib, which we believe offers a significant opportunity to address unmet needs in bronchiectasis and other neutrophil-driven diseases, along with our earlier-stage clinical pipeline."

In July 2020, Insmed received a positive opinion from the Committee for Medicinal Products for Human Use (CHMP) recommending ARIKAYCE Liposomal 590 mg Nebuliser Dispersion for the treatment of nontuberculous mycobacterial (NTM) lung infections caused by Mycobacterium avium complex (MAC) in non-CF patients with limited treatment options. Pending approval of the marketing authorization application by the European Commission (EC), the Company anticipates a potential launch in Germany by the end of 2020, followed shortly thereafter by the UK.

Insmed has also submitted a new drug application for ARIKAYCE to Japan's Ministry of Health, Labour and Welfare (MHLW) for the treatment of patients with NTM lung disease caused by MAC who did not sufficiently respond to prior treatment. In June 2020, a Japanese Medical Device Notification (JMDN) was submitted to the MHLW for Lamira, the designated device for administration of ARIKAYCE. The JMDN was accepted and Lamira is authorized for use in Japan.

In July 2020, the American Thoracic Society, European Respiratory Society, European Society of Clinical Microbiology and Infectious Diseases, and Infectious Diseases Society of America issued new treatment guidelines for the management of NTM lung disease. The guidelines strongly recommend the addition of ARIKAYCE to the standard treatment regimen for patients with MAC lung disease who have failed to convert to a negative sputum culture after at least six months of treatment.

Insmed continues to advance the post-approval confirmatory clinical trial for ARIKAYCE in a front-line setting of patients with MAC lung disease as well as the development of an appropriate patient reported outcome (PRO) tool that will enable the assessment of ARIKAYCE for the treatment of NTM lung disease. Insmed plans to initiate both the confirmatory study and a study to validate the PRO by the end of 2020 and to run these studies in parallel, pending alignment with the FDA.

Insmed is advancing treprostinil palmitil, a dry powder, inhaled treprostinil prodrug formulation, for the potential treatment of pulmonary arterial hypertension and plans to initiate a Phase 1 study by the end of 2020.

The Company plans to continue investing in the following key activities in 2020:

(i)  U.S. commercialization of ARIKAYCE;

(ii)  clinical trial activities, including (a) the development of a PRO for NTM lung disease, the initiation of a study to validate the PRO and, in parallel, a confirmatory clinical study of ARIKAYCE, (b) the advancement of brensocatib into a Phase 3 program in patients with bronchiectasis, and (c) the advancement of treprostinil palmitil; and

(iii)  expansion in Japan and Europe to support pre-commercial activities for ARIKAYCE in those regions and, pending approval of the marketing authorization application by the EC, launch activities in initial European countries.

Insmed will host a conference call beginning today at 8:30 AM Eastern Time. Shareholders and other interested parties may participate in the conference call by dialing (888) 317-6003 (domestic) or (412) 317-6061 (international) and referencing conference ID number 9359069. The call will also be webcast live on the company's website at www.insmed.com.

A replay of the conference call will be accessible approximately one hour after its completion through August 20, 2020 by dialing (877) 344-7529 (domestic) or (412) 317-0088 (international) and referencing replay access code 10146257. A webcast of the call will also be archived for 90 days under the Investor Relations section of the company's website at www.insmed.com.

In addition to the U.S. generally accepted accounting principles (GAAP) results, this earnings release includes adjusted operating expenses, a non-GAAP financial measure, which Insmed defines as total operating expenses less stock-based compensation expense, depreciation, amortization of intangibles and certain milestones related to ARIKAYCE, which are payable under our amended agreements with Cystic Fibrosis Foundation Therapeutics, Inc. (CFFT). A reconciliation of this non-GAAP financial measure to its most directly comparable GAAP financial measure is presented in the table attached to this press release.

ARIKAYCE is the first and only FDA-approved therapy indicated for the treatment of Mycobacterium avium complex (MAC) lung disease as part of a combination antibacterial drug regimen for adult patients with limited or no alternative treatment options. Current international treatment guidelines recommend the use of ARIKAYCE in combination with a multidrug regimen in patients with MAC lung disease who have failed standard therapy after at least six months of treatment. ARIKAYCE is a novel, inhaled, once-daily formulation of amikacin, an established antibiotic that was historically administered intravenously and associated with severe toxicity to hearing, balance, and kidney function. Insmed's proprietary PULMOVANCE™ liposomal technology enables the delivery of amikacin directly to the lungs, where liposomal amikacin is taken up by lung macrophages where the infection resides, while limiting systemic exposure. ARIKAYCE is administered once daily using the Lamira® Nebulizer System manufactured by PARI Pharma GmbH (PARI).

ARIKAYCE® (amikacin liposome inhalation suspension) is delivered by a novel inhalation device, the Lamira® Nebulizer System, developed by PARI. Lamira® is a quiet, portable nebulizer that enables efficient aerosolization of liquid medications, including liposomal formulations such as ARIKAYCE, via a vibrating, perforated membrane. Based on PARI's 100-year history working with aerosols, PARI is dedicated to advancing inhalation therapies by developing innovative delivery platforms and new pharmaceutical formulations that work together to improve patient care.

Brensocatib is a small molecule, oral, reversible inhibitor of dipeptidyl peptidase I (DPP1) being developed by Insmed for the treatment of patients with bronchiectasis. DPP1 is an enzyme responsible for activating neutrophil serine proteases (NSPs), such as neutrophil elastase, in neutrophils when they are formed in the bone marrow. Neutrophils are the most common type of white blood cell and play an essential role in pathogen destruction and inflammatory mediation. In chronic inflammatory lung diseases, neutrophils accumulate in the airways and result in excessive active NSPs that cause lung destruction and inflammation. Brensocatib may decrease the damaging effects of inflammatory diseases such as bronchiectasis by inhibiting DPP1 and its activation of NSPs.

Insmed Incorporated is a global biopharmaceutical company on a mission to transform the lives of patients with serious and rare diseases. Insmed's first commercial product, ARIKAYCE® (amikacin liposome inhalation suspension), is the first and only therapy approved in the United States for the treatment of refractory Mycobacterium avium complex (MAC) lung disease as part of a combination antibacterial drug regimen for adult patients with limited or no alternative treatment options. MAC lung disease is a chronic, debilitating condition that can cause severe and permanent lung damage. Insmed is also advancing brensocatib, a novel oral reversible inhibitor of dipeptidyl peptidase 1 with therapeutic potential in bronchiectasis and other inflammatory diseases, and treprostinil palmitil, an inhaled formulation of a treprostinil prodrug that may offer a differentiated product profile for rare pulmonary disorders, including pulmonary arterial hypertension. For more information, visit www.insmed.com. 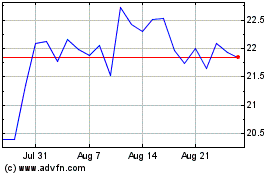 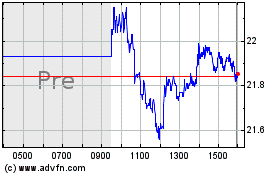