(Addresses, including zip code, and telephone numbers, including area code, of principal executive offices) (Former name or former address, if changed since last report)
Check the appropriate box below if the Form 8-K filing is intended to simultaneously satisfy the filing obligation of the registrant under any of the following provisions (see General Instruction A.2. below):
◻ Written communications pursuant to Rule 425 under the Securities Act (17 CFR 230.425)
◻ Soliciting material pursuant to Rule 14a-12 under the Exchange Act (17 CFR 240.14a-12)
◻ Pre-commencement communications pursuant to Rule 14d-2(b) under the Exchange Act (17 CFR 240.14d-2(b))
◻ Pre-commencement communications pursuant to Rule 13e-4(c) under the Exchange Act (17 CFR 240.13e-4(c))
Indicate by check mark whether the registrant is an emerging growth company as defined in Rule 405 of the Securities Act of 1933(§230.405 of this chapter) or Rule 12b-2 of the Securities Exchange Act of 1934 (§240.12b-2 of this chapter).
Emerging growth company ◻
If an emerging growth company, indicate by check mark if the registrant has elected not to use the extended transition period for complying with any new or revised financial accounting standards provided pursuant to Section 13(a) of the Exchange Act. ◻
1
Item 5.02.   Departure of Directors or Certain Officers; Election of Directors; Appointment of Certain Officers; Compensatory Arrangements of Certain Officers.
On May 20, 2020, Innoviva, Inc. (the “Company”) hired and appointed Pavel Raifeld as its new Chief Executive Officer, effective as of May 20, 2020, and ended, effective as of the close of business on May 20, 2020, the employment of Geoffrey L. Hulme, who was serving as the Company’s Interim Principal Executive Officer (in each case, as set forth in the Form 8-K filed by the Company with the Commission on May 26, 2020).  In connection with the transition, the Company and Mr. Hulme entered into a consulting and separation agreement dated June 11, 2020 (the “Transition Agreement”) under which the Company has agreed to engage Mr. Hulme as a consultant following his employment termination through May 20, 2021, provided that the Company may terminate Mr. Hulme’s services earlier (i) for “cause” or (ii) in the event of Mr. Hulme’s failure to complete his consulting services to the reasonable satisfaction of the Company.  During the consulting period, Mr. Hulme will, among other things, assist in the transition of his duties and responsibilities to Mr. Raifeld and other employees of the Company in exchange for a monthly consulting fee of $41,667.  In addition, the Transition Agreement provides that, in exchange for a mutual release of claims, the Company will pay (or reimburse) Mr. Hulme for the cost of his monthly premium under COBRA until the later of (i) the last day of his consulting period or (ii) August 20, 2020, in either case, to the extent permitted by applicable law without any penalty to Mr. Hulme or the Company or its affiliates and subject to Mr. Hulme’s election of COBRA continuation coverage under the Company’s group health plan.
The foregoing description of the terms and conditions of the Transition Agreement does not purport to be complete and is qualified in its entirety by reference to the complete text of the Transition Agreement, a copy of which is attached as Exhibit 10.1 to this Current Report on Form 8-K and is incorporated herein by reference in its entirety.
Item 9.01.   Financial Statements and Exhibits.
(d) Exhibits
10.1 Transition Agreement between Innoviva, Inc. and Geoffrey L. Hulme, dated June 11, 2020.
2
SIGNATURE
Pursuant to the requirements of the Securities Exchange Act of 1934, as amended, the registrant has duly caused this report to be signed on its behalf by the undersigned hereunto duly authorized.
3 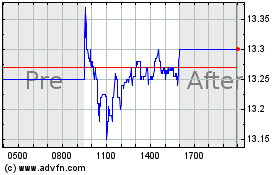