This Amendment No. 1 on Form 8-K/A (this “Amendment”) amends the current report on Form 8-K filed on June 25, 2021 (the “Original Filing”), solely for the purpose of correcting inadvertent errors with respect to the dates of the Agreement and Plan of Merger and Voting and Support Agreement referenced in Item 1.01 and Item 9.01, respectively, in the Original Filing. Except as described above, all other information in, and the exhibits to, the Original Filing remain unchanged.

Following the Closing (as defined in the Merger Agreement), the Company must operate its businesses consistent with past practices and, subject to the terms and conditions of the CVR Agreement, it must use reasonable best efforts to pursue and consummate dispositions of its assets and businesses existing prior to the Closing (“Dispositions”) as soon as reasonably practicable (and, in any event, within 18 months of the Second Effective Time). The Company will continue to support these existing businesses as it pursues the Dispositions.

The obligations of each of the Company and TeraWulf to consummate the transactions contemplated by the Merger Agreement are subject to specified conditions, including, among other matters: (i) the approval by Company shareholders of the First Merger and Merger Agreement; (ii) the approval by TeraWulf shareholders of the Second Merger and Merger Agreement; (iii) a registration statement on Form S-4 becoming effective under the Securities Act of 1933, as amended, relating to the Holdco Common Stock to be issued in the First Merger and Second Merger; (iv) the shares of Holdco Common Stock to be issued in connection with the First Merger and Second Merger being approved for listing on Nasdaq, subject to only notice of issuance; (v) evidence of resignation of all directors of Holdco and the appointment to the Holdco board of directors of up to ten persons chosen by TeraWulf in its sole discretion; and (vi) the filing of an amended and restated Certificate of Incorporation of Holdco in the form attached to the Merger Agreement.

The Merger Agreement contains customary representations and warranties from the Company and TeraWulf. It also contains customary covenants, including providing (i) for each of the parties to use reasonable best efforts to consummate the transactions contemplated in the Merger Agreement, and (ii) for the Company and TeraWulf to carry on their respective businesses in the ordinary course of business consistent with past practice during the period between the execution of the Merger Agreement and the Closing. The Company also agreed not to solicit, initiate or propose the making, submission or announcement of, or knowingly encourage, facilitate or assist, any proposal or offer that constitutes, or would reasonably be expected to lead to, any Takeover Proposal (as defined in the Merger Agreement).

The Merger Agreement contains representations, warranties, covenants and other terms, provisions and conditions that the Parties made to each other as of specific dates. The assertions embodied therein were made solely for purposes of the Merger Agreement and may be subject to important qualifications and limitations agreed to by the Parties in connection with negotiating their respective terms. Moreover, they may be subject to a contractual standard of materiality that may be different from what may be viewed as material to shareholders, or may have been used for the purpose of allocating risk between the Parties rather than establishing matters as facts. For the foregoing reasons, no person should rely on such representations, warranties, covenants or other terms, provisions or conditions as statements of factual information at the time they were made or otherwise. Unless required by applicable law, the Company undertakes no obligation to update such information.

Pursuant to the Merger Agreement, at the Closing, HoldCo and Parent will enter into a Contingent Value Rights Agreement (the “CVR Agreement”) with a person designated by HoldCo and Parent as the Holders’ Representative (as defined therein), and the Rights Agent (as defined therein). Pursuant to the CVR Agreement, each shareholder of the Company as of immediately prior to the First Effective Time will receive one non-transferable contingent value right (“CVR”) for each outstanding share of common stock of the Company then held.

The holders of the CVRs will be entitled to receive 95% of the Net Proceeds (as defined in the CVR Agreement), if any, from the sale, transfer, disposition, spin-off, or license of all or any part of the pre-merger business of the Company, subject to a reserve of up to 10% of the Gross Proceeds (as defined in the CVR Agreement) from such transaction. The CVRs will not confer to the holders thereof any voting or equity or ownership interest in the Company or HoldCo. The CVRs will not be transferable, except in limited circumstances such as by will or intestacy, and will not be listed on any quotation system or traded on any securities exchange.

The CVR Agreement will terminate after all payment obligations to the holders thereof have been satisfied. But holders of CVRs will not be eligible to receive payment for dispositions, if any, of any part of the pre-merger business of the Company after the eighteen-month anniversary of the Closing.

Additional Information and Where to Find It; Participants in the Solicitation

This current report on Form 8-K does not constitute a solicitation of proxy, an offer to purchase, or a solicitation of an offer to sell any securities. The Company and its directors and executive officers are deemed to be participants in the solicitation of proxies from shareholders in connection with the proposed transaction. Information regarding the names of such persons and their respective interests in the transaction, by securities holdings or otherwise, will be set forth in the definitive proxy statement when it is filed with the SEC. Additional information regarding these individuals is set forth in its annual report on Form 10-K for the fiscal year ended December 31, 2020, its definitive proxy statement for the annual meeting held on April 29, 2021, and the revised definitive proxy statement for the same meeting, which were filed with the SEC on March 3, 2021, March 23, 2021, and April 6, 2021, respectively. To the extent the Company’s directors and executive officers or their holdings of the Company’s securities have changed from the amounts disclosed in those filings, to the Company’s knowledge, such changes have been reflected on initial statements of beneficial ownership on Form 3 or statements of change in ownership on Form 4 on file with the SEC. These materials are (or, when filed, will be) available free of charge at http://www.Ikonics.com/investor-relations.

This current report on Form 8-K contains “forward-looking statements” within the meaning of the U.S. federal securities laws. Such statements include statements concerning anticipated future events and expectations that are not historical facts. All statements other than statements of historical fact are statements that could be deemed forward-looking statements. Actual results may vary materially from those expressed or implied by forward-looking statements based on a number of factors, including, without limitation: (1) risks related to the consummation of the mergers, including the risks that (a) the mergers may not be consummated within the anticipated time period, or at all, (b) the parties may fail to obtain shareholder approval of the merger agreement, (c) other conditions to the consummation of the mergers under the merger agreement may not be satisfied, (d) all or part of TeraWulf’s contemplated financing may not become available, and (e) the significant limitations on remedies contained in the merger agreement may limit or entirely prevent a party from specifically enforcing another party’s obligations under the merger agreement or recovering damages for any breach; (2) approval of the combined company’s application to list its shares on The Nasdaq Stock Market LLC, (3) the effects that any termination of the merger agreement may have on a party or its business, including the risks that (a) the price of the Company’s common stock may decline significantly if the mergers are not completed, (b) the merger agreement may be terminated in circumstances requiring the Company to pay TeraWulf a termination fee of $1.2 million, or (c) the circumstances of the termination, may have a chilling effect on alternatives to the mergers; (4) the effects that the announcement or pendency of the mergers may have on the Company and its business, including the risks that as a result (a) the business, operating results or stock price of the Company’s common stock may suffer, (b) its current plans and operations may be disrupted, (c) the ability of the Company to retain or recruit key employees may be adversely affected, (d) its business relationships (including, customers, franchisees and suppliers) may be adversely affected, or (e) management and employee attention may be diverted from other important matters; (5) the effect of limitations that the merger agreement places on the Company’s ability to operate its business, return capital to shareholders or engage in alternative transactions; (6) the nature, cost and outcome of pending and future litigation and other legal proceedings, including any such proceedings related to the transactions and instituted against the Company and others; (7) the risk that the transaction may involve unexpected costs, liabilities or delays; (8) other economic, business, competitive, legal, regulatory, and/or tax factors; (9) the possibility that less than all or none of the Company’s historical business will be sold prior to the expiration of the CVRs; and (10) other factors described under the heading “Risk Factors” in Part I, Item 1A of the Company’s annual report on Form 10-K for the fiscal year ended December 31, 2020, as updated or supplemented by subsequent reports that the Company has filed or files with the SEC. Potential investors, shareholders and other readers are cautioned not to place undue reliance on these forward-looking statements, which speak only as of the date on which they are made. Neither TeraWulf nor the Company assumes any obligation to publicly update any forward-looking statement after it is made, whether as a result of new information, future events or otherwise, except as required by law. 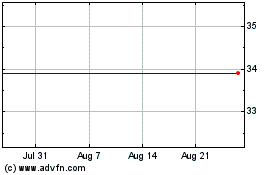 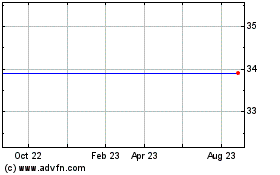 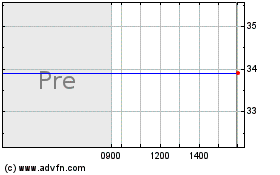