On September 9, 2021, the Board of Directors (the “Board”) of Celularity Inc. (the “Company”) appointed Andrew L. Pecora, M.D., as President of the Company effective September 15, 2021, replacing Robert J. Hariri, M.D., Ph.D., in this role as of such date. Dr. Hariri will continue to serve as the Company’s Chief Executive Officer (principal executive officer) and Chairman of the Board.

Andrew L. Pecora, M.D., F.A.C.P., age 64, has been serving as a consultant to and as a member of the Scientific Advisory Board of the Company’s wholly-owned subsidiary Celularity Operations, Inc. since September 1, 2017, and previously served as a member of its Board of Directors from June 2017 through the July 2021 business combination with the Company. Dr. Pecora has been a practicing physician since 1989 and founder and first president of Regional Cancer Care Associates, since 2011 he has been serving as Chairman and founder of COTA, Inc. a data analytics company committed to bringing clarity to cancer, and is on the board of directors of a number of private companies. Prior to consulting with Celularity Operations, Inc., Dr. Pecora served on the board of directors of Caladrius Biosciences, Inc. from 2011 to December 2016, and is co-founder and past Chairman and Chief Executive Officer of PCT, a prior subsidiary of Caladrius following its acquisition in 2011. Dr. Pecora served as Caladrius’ Chief Medical Officer from 2011 to September 2015, and served as its Chief Visionary Officer from August 2013 through January 2015. He also served as PCT’s Chief Medical Officer from 2011 through August 2015. Prior thereto, Dr. Pecora held numerous roles at PCT, as well as Amorcyte, Inc. Dr. Pecora served as the Chairman and Director of the John Theurer Cancer Center at Hackensack University Medical Center (HUMC) from 2001 to 2011, then Vice President of Cancer Services and Chief Innovations Officer of Hackensack Meridian Health, and commencing in 2016, Dr. Pecora served as President Physician Enterprise, Chief Innovations Officer and Institutional Official of Hackensack Meridian Health. He is a Professor of Medicine and Oncology at Georgetown University Medical Center. Dr. Pecora received an M.D. from the University of Medicine and Dentistry of New Jersey, graduating with honors. He went on to complete his medical education in internal medicine at New York Hospital and in hematology and oncology at Memorial Sloan-Kettering Cancer Center, both in New York City. He is board certified in internal medicine, hematology, and oncology.

In connection with Dr. Pecora’s appointment as the President, the Company and Dr. Pecora entered into an employment agreement, dated September 15, 2021, providing for employment, on an at-will basis, as a full-time employee, subject to a limited exception to continue his clinical practice no more than ½ day a week, and other reasonable exceptions that do not interfere with the performance of his duties under the employment agreement.

Pursuant to the terms of his employment agreement, Dr. Pecora is entitled to an initial annual base salary of $900,000 per year, a short-term discretionary performance bonus beginning with calendar year 2022, with a target bonus percentage equal to 60% of his then current base salary. Receipt of a short-term discretionary performance bonus is subject to achievement of individual and company-wide annual performance goals, as set by the Company and confirmed by its board of directors. Dr. Pecora was also granted a one-time front-loaded equity award under the Company’s 2021 Equity Incentive Plan (the “2021 Plan”), to purchase 2,469,282 shares of the Company’s Class A common, which award will vest in up to five installments in respect of achieving certain share price targets between the third and fourth anniversary of the effective date, subject to Dr. Pecora continued employment with the Company. Dr. Pecora was also granted a signing bonus equal to $1,200,000 payable in four annual installments of $300,000, with the first payment advanced on the effective date of his employment, and deemed earned on the one-year anniversary thereof, with subsequent payments advanced and deemed earned on a similar basis, in each case subject to Dr. Pecora’s continued employment through such date. If Dr. Pecora’s employment terminates other than for death or disability, or Dr. Pecora is terminated without cause or resigns for good reason prior to such sign-on bonus being deemed earned, then such payment is subject to repayment to the Company, with pro rata forgiveness by the Company for each full month of service in the applicable year prior to termination of employment.

Under Dr. Pecora’s employment agreement, if he resigns for “good reason” or the Company terminates his employment without “cause” (each as defined in the employment agreement, and excluding a termination on account of Dr. Pecora’s death or disability), and if such termination or resignation is not in connection with a “change in control” (as defined in the 2021 Plan), then Dr. Pecora will be eligible to receive (i) continued payment of his base salary for nine months following the termination (less applicable tax withholdings), (ii) COBRA premium coverage for up to nine months, (iii) a prorated bonus for the year of termination paid in a lump sum, and (iv) accelerated vesting of unvested time-based equity awards that would have vested over the nine-month period following termination had he remained continuously employed (provided that his front-loaded equity grant will not accelerate if the four-year anniversary as not been achieved as of the date of termination). As a condition to receiving the foregoing severance benefits, Dr. Pecora must sign and not revoke a general release contained in a separation agreement in the form presented by the Company, return all company property and confidential information in his possession, comply with his post-termination obligations, and resign from any positions held with the Company.

Under Dr. Pecora’s employment agreement, if he resigns for “good reason” or if the Company terminates Dr. Pecora’s employment without “cause”, and excluding a termination on account of Dr. Pecora’s death or disability, and if such termination or resignation occurs within three months prior to or within 12 months following the effective date of a “change in control”, then Dr. Pecora will be eligible to receive (i) continued payment of his base salary for 12 months following the termination (less applicable tax withholdings), (ii) COBRA premium coverage for up to 12 months, (iii) 100% of his short-term bonus for the calendar year of termination paid in a lump sum, and (iv) full acceleration of the vesting of Dr. Pecora’s unvested equity awards, provided, however, that the front-loaded equity grant remains subject to achievement of the price targets specified in the award agreement if the change in control is after the one year anniversary of the grant but prior to the four year anniversary and vest pro rata such that they reflect the annualized rate of return implied over the four-year period adjusted to reflect the number of days between the grant day and date of the change in control. As a condition to receiving the foregoing severance benefits, Dr. Pecora must sign and not revoke a general release contained in a separation agreement in the form presented by the Company, return all company property and confidential information in his possession, comply with his post-termination obligations, and resign from any positions held with the Company.

Under Dr. Pecora’s employment agreement, if payments and benefits payable to Dr. Pecora in connection with a change in control are subject to Section 4999 of the Internal Revenue Code of 1986, as amended, then such payments and benefits will equal an amount determined by the Company in good faith to be the maximum amount that may be provided to Dr. Pecora so that the Section 4999 excise tax does not apply, or the largest portion of the payments after taking into account all applicable taxes, whichever results in Dr. Pecora receiving the greater economic benefit on an after-tax basis notwithstanding that some or all of the payment or benefit may be subject to excise tax.

In connection with the entry into the employment agreement, Dr. Pecora executed the Company’s standard Employee Confidential Information, Inventions, Non-Solicitation and Non-Competition Agreement, as well as its standard indemnification agreement for executive officers, which requires the Company, under the circumstances and to the extent provided for therein, to indemnify Dr. Pecora to the fullest extent permitted by applicable law against certain expenses and other amounts incurred by him as a result of either of him being made a party to certain actions, suits, investigations and other proceedings by reason of the fact that he is or was an executive officer of the Company. Dr. Pecora will also be eligible to participate in the Company’s other benefit plans although his employment agreement provides that he is not eligible for annual equity awards until the end of the four-year measurement period for his initial front-loaded equity grant.

Prior Board Service, Scientific Advisory and Consulting Agreement

In September 2017, Celularity Operations, Inc. (the Company’s wholly-owned subsidiary) entered into a scientific and clinical advisor agreement with Dr. Pecora, which was superseded in February 2019, and then further amended in April 2020 and October 2020. Under the current scientific and advisory agreement, as amended, Dr. Pecora provided consulting and advisory services in exchange for cash compensation and eligibility for equity awards.

In addition, on September 9, 2021, Dr. Pecora was granted a stock option under the 2021 Plan to purchase 153,718 shares of the Company’s Class A common stock at an exercise price of $10.23 per share, 50% of which was vested in full as of the grant date, and 50% of which is subject to time-based vesting as follows: 25% will vest on July 16, 2022 (the one-year anniversary of the business combination between the Company and Celularity Operations, Inc.), with the remainder vesting monthly thereafter such that it is vested in full on the four-year anniversary of the business combination.

Prior Employment of an Immediate Family Member

Matthew Pecora, Dr. Pecora’s son, was previously employed by Celularity Operations, Inc. as Manager, Clinical Supply Chain. For the years ended December 31, 2018, 2019 and 2020, Mr. Pecora earned $6,865.38, $90,000.00 and $103,534.39, respectively, in base salary and bonus and he earned equity awards which were in line with similar roles at Celularity Operations, Inc. For the year ended December 31, 2021, and prior to his termination of employment, Mr. Pecora’s base salary was $121,275.12. Mr. Pecora received and was eligible to receive a bonus, equity awards and benefits on the same general terms and conditions as applicable to unrelated employees in similar positions. 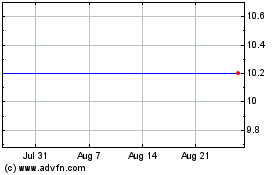 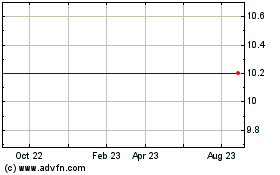 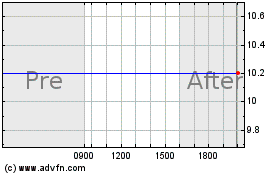