The past 30 months have been difficult for our company. During this time, we closed our facilities for rectification, were impacted by the second most destructive Typhoon in Chinese history, and had to close our facilities for longer than expected because of COVID-19. However, all of these difficulties are now largely behind us and we have optimism about the future.

On September 1, 2017, our company and its competitors received letters from the government instructing us to close our bromine and chemical facilities so they could go through rectification to improve the environment. We were also informed that our chemical factories would have to be closed and then relocated.

We immediately began the lengthy and complex rectification program. In September 2018, we were informed that three of our bromine factories (#3,#4, #11) were too close to where people were living and would not be allowed to resume production.

On May 29, 2019, the Company received a verbal notice from the governments in Sichuan Province that the company needed to obtain project approval for its well located in Daying, including the natural gas and brine water project, and approvals for safety production inspection, environmental protection assessment, and to solve the related land issue. We had to temporarily halt production at our natural gas well until these approvals are received.

In August 2019, Typhoon Lekima, the second most destructive Typhoon to impact China, hit Shandong Province. Lekima dumped 15.22 inches of rain in Weifang city, flooding all of our factories and salt ponds and causing very significant damage. This forced us to do more rectification and delayed some of our approvals.

On November 25, 2019, the government of Shouguang City issued a notice ordering all bromine facilities in Shouguang City to temporarily stop production from December 16, 2019 to February 10, 2020 for environmental reasons. Winter is a time of the greatest air pollution in Shouguang City. Fortunately, it is also the slowest production time for bromine and crude salt.

Subsequently, because of the coronavirus outbreak, the closures were extended until February 29, 2020.

The company has struggled through this difficult period. In 2019 and 2018, we spent $60,611,949 and $35,954,282 performing rectification, drilling new wells, upgrading our facilities, repairing our facilities from the floods, and leasing land.

Below is the highlights of the Company’s plans and business developments in 2020 and key results for fiscal 2019.

As our bromine factories have commenced production and the new chemical factory will start construction, we believe the Company will be positioned to become profitable.

Net revenue from our bromine segment increased to $10,022,027 for the year ended December 31, 2019 compared to $0 for the year ended December 31, 2018. We opened factories #1 and #7 in April 2019, began test production, and then began commercial production. On August 12, 2019, Thypoon Lekima hit Shandong Province. Over 15 inches of rain fell in Weifang city. All of our bromine mines were flooded. We had to close the two factories that were open and postpone opening other factories while we conducted repairs.

For the year ended December 31, 2019, the gross profit margin for our bromine segment was 52%. This was a very acceptable level of gross margins. In 2016, gross margins in bromine were 45.6%. In addition, the second largest component to Costs of Goods Sold was depreciation and amortization. In 2019, since we only had a few months of operation, the depreciation and amortization had to be allocated over lower level of sales. Had our factories and mines remained open for the full year, gross margin would have been much higher.

Loss from operations from our bromine segment was $ 15,609,979 for the fiscal year 2019, compared to a loss of $40,504,752 in the same period in 2018. This loss was impacted by direct factory labor, since we had to keep our workers employed, start-up expenses, and clean-up costs from Typhoon Lakima, as well as overhead from the crude salt segment. Since overhead between the crude salt and bromine segments is allocated based on sales and since we had relatively low levels of crude salt sales, more of the overhead than normal was allocated to the bromine segment.

For the fiscal year 2019, we used approximately $60 million to acquire property, plant and equipment. Most of these expenditures were related to our bromine and crude salt segments. Our expenditures for drilling new wells should enable our mines and factories to operate more efficiently in the future.

During 2019, the chemical division had no revenues as the company awaited government approval of its new factory. The approval was delayed because of the rectification of other businesses, the disruption caused by Typhoon Lekima, and the COVID-19 pandemic. The Company did receive approval in January 2020 and expects to begin construction in May 2020. Operations should begin in Spring 2021. The company has already incurred relocation costs of $10,320,017, including prepayment for the land lease. Total costs for the new chemical factory, including the already incurred relocation costs, are expected to be $60 million. Loss from operations from our chemical products segment was $2,823,298 for the fiscal year 2019, compared to a loss of $34,757,750 in the same period in 2018. $27,966,050 of the loss in 2018 was from a write-down of goodwill.

For the year ended December 31, 2019, the net revenue for the natural gas was $51,736. Loss from operations from our natural gas segment was $188,949 for the fiscal year 2019, compared to a loss of $204,517 in the same period in 2018.  On May 29, 2019, the Company received a verbal notice from the government of Tianbao Town, Daying County, Sichuan Province, whereby the Company is required to obtain project approval for its well located in Daying, including the whole natural gas and brine water project, and approvals for safety production inspection, environmental protection assessment, and to solve the related land issue. Until these approvals have been received, the Company has to temporarily halt trial production at its natural gas well in Daying. The company is currently working with officials on the town, county, and provincial levels to obtain these approvals. The company is optimistic that these approvals will be received.

Gulf Resources' management will host a conference call on Wednesday, April 15, 2020 at 08:30 Eastern Time to discuss its financial results for the fiscal year 2019 ended December 31, 2019.

Mr. Xiaobin Liu, CEO of Gulf Resources, will be hosting the call. The Company's management team will be available for investor questions following the prepared remarks.

To participate in this live conference call, please dial +1 (877) 407-8031 five to ten minutes prior to the scheduled conference call time. International callers should dial +1 (201)689-8031, and please reference to “Gulf Resources” while dial in.

The webcasting is also available then, just simply click on the link below: http://www.gulfresourcesinc.com/events.html

Gulf Resources, Inc. operates through three wholly-owned subsidiaries, Shouguang City Haoyuan Chemical Company Limited ("SCHC"), ShouguangYuxin Chemical Industry Co., Limited ("SYCI"), and Daying County Haoyuan Chemical Company Limited (“DCHC”). The company believes that it is one of the largest producers of bromine in China. Elemental Bromine is used to manufacture a wide variety of compounds utilized in industry and agriculture. Through SYCI, the Company manufactures chemical products utilized in a variety of applications, including oil and gas field explorations and papermaking chemical agents, and materials for human and animal antibiotics. DCHC was established to further explore and develop natural gas and brine resources (including bromine and crude salt) in China. For more information, visit www.gulfresourcesinc.com.

Certain statements in this news release contain forward-looking information about Gulf Resources and its subsidiaries business and products within the meaning of Rule 175 under the Securities Act of 1933 and Rule 3b-6 under the Securities Exchange Act of 1934, and are subject to the safe harbor created by those rules. The actual results may differ materially depending on a number of risk factors including, but not limited to, the general economic and business conditions in the PRC, future product development and production capabilities, shipments to end customers, market acceptance of new and existing products, additional competition from existing and new competitors for bromine and other oilfield and power production chemicals, changes in technology, the ability to make future bromine asset purchases, and various other factors beyond its control. All forward-looking statements are expressly qualified in their entirety by this Cautionary Statement and the risks factors detailed in the company's reports filed with the Securities and Exchange Commission. Gulf Resources undertakes no duty to revise or update any forward-looking statements to reflect events or circumstances after the date of this release. 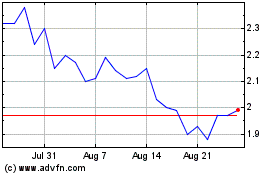 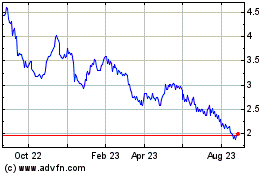 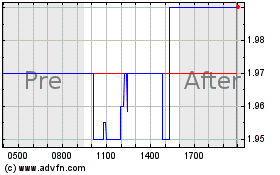