Factory furloughs across the U.S. are becoming permanent shutdowns, a sign of the heavy damage the coronavirus pandemic and shutdowns are exerting on the industrial economy.

Makers of dishware in North Carolina, furniture foam in Oregon and cutting boards in Michigan are among the companies closing factories in recent weeks. Caterpillar Inc. said it is considering closing plants in Germany, boat-and-motorcycle-maker Polaris Inc. plans to close a plant in Syracuse, Ind., and tire maker Goodyear Tire & Rubber Co. plans to close a plant in Gadsden, Ala.

Those factory shutdowns will further erode an industrial workforce that has been shrinking as a share of the overall U.S. economy for decades. While manufacturing output last year surpassed a previous peak from 2007, factory employment never returned to levels reached before the financial crisis.

Michigan Maple Block Co. furloughed most of its 56 workers at its plant in Petoskey, Mich., when the state implemented a stay-at-home order on March 24. A month later, the manufacturer of cutting boards and industrial table tops told employees the plant would close for good.

A second factory in Pennsylvania will remain open because of cheaper energy costs, said Ann Dau Conway, president of the company that her family has owned for generations.

"The hardest decision of my life. Not just my professional life," Ms. Conway said.

The closures suggest that a growing share of the record job losses in recent weeks won't be temporary, said Gabriel Ehrlich, an economic forecaster at the University of Michigan. The more that job losses turn from temporary to permanent, he said, the harder the hit to consumer spending and every company that relies on it -- including manufacturers.

"The higher the proportion of permanent layoffs, the worse the chances of a strong recovery start to look," Mr. Ehrlich said.

Layoffs have already wiped away nearly a decade of employment gains at U.S. manufacturers. Factories added 1.4 million workers from 2010 through the end of last year, employing a total of 12.9 million people in December. The manufacturing workforce has since dropped to 11.5 million, the Bureau of Labor Statistics said Friday, including 1.3 million jobs lost in April alone, though this also includes temporary layoffs.

Manufacturers in recent years have pushed up output faster than they have expanded payrolls, in part by investing in automation. Since the pandemic took hold, capital investment by manufacturers has cratered.

Robert Atkinson, president of the Information Technology and Innovation Foundation, a Washington, D.C., technology-research think tank, said companies that hadn't invested in more efficient plants will struggle to keep operating them profitably while demand is much lower.

"Manufacturing is becoming a stagnant sector," he said.

Layoff notices from states across the country indicate a rise in permanent factory closures in recent weeks. In one, Blue Bell Mattress Co. said it was closing its plant in Roseville, Mich., after losing its only two customers within several weeks. First, furniture chain Art Van Furniture LLC filed for bankruptcy in early March. Weeks later, Connecticut-based chain Bob's Discount Furniture canceled orders and closed its warehouses to new deliveries because it had closed its stores during the crisis.

Chicago-based R.R. Donnelley & Sons Co. told analysts last month that demand for its printed signs and mailers fell as companies cut back on marketing over the past two months. The company is closing two printing plants in St. Louis and laying off 72 workers.

Lenox Corp., a maker of china dishes including sets for the White House, is closing its last factory, in Kinston, N.C., and laying off 159 employees, who produced as many as 20,000 pieces of fine china each day.

"What happened in the retail environment simply just overwhelmed us," he said. Lenox will now make all of its products through contract manufacturers abroad. Those manufacturers make plates for multiple designers, creating economies of scale that his plants in the U.S. couldn't match, he said.

"This is a natural step in a global world," he said. "You can't tell the difference."

John La Tocha, a machine operator at Michigan Maple Block for more than 20 years, said the company had struggled to recapture business lost after the housing market collapsed in the 2008 recession, and only recently reversed some pay cuts implemented at that time.

Now, the dimming construction outlook and restaurant closures will sap orders for the company's cutting boards and counters.

Mr. La Tocha said he doesn't expect to find another woodworking job in northern Michigan, where the economy has shifted toward tourism from manufacturing over the years.

Michigan officials are allowing factories to open again on Monday. Michigan Maple Block won't be among them.

"When I started to work there, it was one of the best jobs in the area," he said. "If it opened back up, I'd go back to work right away."

Write to Austen Hufford at austen.hufford@wsj.com and Bob Tita at robert.tita@wsj.com 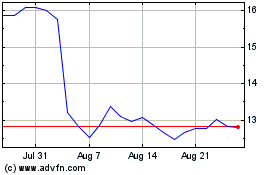 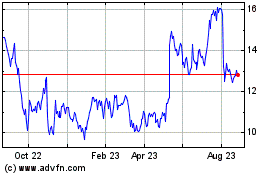 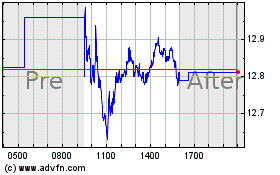