15.01
0.29 (1.97%)
Upgrade to Real-Time
Regular Market
15.01
Current Report Filing (8-k)
March 22 2021 - 04:23PM
Edgar (US Regulatory)
UNITED STATES
SECURITIES AND EXCHANGE COMMISSION
WASHINGTON, D.C. 20549
FORM 8-K
CURRENT REPORT
Pursuant to Section 13 or 15(d) of the
Securities Exchange Act of 1934
Date of report (Date of earliest event reported): March 18, 2021
DLH Holdings Corp.
(Exact Name of Registrant as Specified in Charter)
3565 Piedmont Road, NE
Building 3, Suite 700
Atlanta, GA 30305
(Address of Principal Executive Offices, and Zip Code)
(770) 554-3545
Registrant’s Telephone Number, Including Area Code
Not Applicable
(Former Name or Former Address, if Changed Since Last Report)
Securities registered pursuant to Section 12(b) of the Act:
Check the appropriate box below if the Form 8-K filing is intended to simultaneously satisfy the filing obligation of the registrant under any of the following provisions (see General Instruction A.2. below):
{N0316824 }
In December 2020, the board of directors of DLH Holdings Corp. (the “Company”) adopted, subject to shareholder approval, an amendment to its 2016 Omnibus Equity Incentive Plan (the “2016 Plan”) to increase the number of authorized shares of common stock available for issuance under that plan by 1,500,000 shares (the “Proposal”). On March 18, 2021, the Proposal was approved by the Company’s shareholders at the Company’s Annual Meeting of Shareholders. The foregoing summary description of the amendment to the 2016 Plan is qualified in its entirety by reference to the actual terms of the 2016 Plan, as amended, which was attached as Annex A of the Company’s definitive proxy statement for the Annual Meeting (the “Proxy Statement”), as filed with the Securities and Exchange Commission on January 28, 2021. For additional information regarding the Proposal, shareholders are encouraged to refer to Proposal 3 of the Proxy Statement.
On March 18, 2021, the Company held its 2021 Annual Meeting of Shareholders. Only shareholders of record as of the close of business on January 25, 2021 were entitled to vote at the Annual Meeting. As of the record date, 12,543,906 shares of common stock of the Company were outstanding and entitled to vote at the Annual Meeting. At the Annual Meeting, 10,637,206 shares of common stock of the Company were represented, in person or by proxy, constituting a quorum. The proposals presented to the Company’s shareholders at the Annual Meeting are described in detail in the Company’s Proxy Statement filed on January 28, 2021. The final results for each proposal are set forth below.
Proposal 1 – Election of eight directors nominated by the Board to serve until the Company’s 2022 Annual Meeting and until their respective successors are duly elected and qualified
The eight nominees who received the highest number of votes (all of the below individuals) were elected to the board of directors to hold office for a one-year term and until their respective successors are elected and qualified. The shareholders voted to elect the following directors by the votes indicated below:
{N0316824 }    1
Proposal 2 – Advisory Vote on the Compensation of the Company’s Named Executive Officers

The shareholders approved, on an advisory basis, the compensation paid to the Company’s named executive officers, as disclosed pursuant to Item 402 of Regulation S-K and contained in the Company’s Proxy Statement, by the following votes:

The shareholders voted to approve the amendment to the Company’s 2016 Plan, by the following votes:

The shareholders voted to ratify the appointment of Withum, Smith + Brown, P.C. as the Company’s independent registered public accounting firm for the fiscal year ending September 30, 2021, by the following votes:
(d) Exhibits
The following exhibit is attached to this Current Report on Form 8-K:
{N0316824 }    2
SIGNATURE
Pursuant to the requirements of the Securities Exchange Act of 1934, the Registrant has duly caused this report to be signed on its behalf by the undersigned, hereunto duly authorized.
{N0316824 }    3
DLH (NASDAQ:DLHC)
Historical Stock Chart
From Sep 2021 to Oct 2021 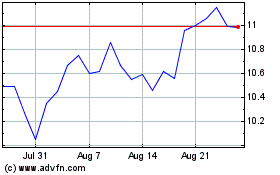 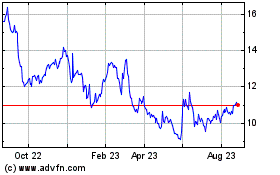 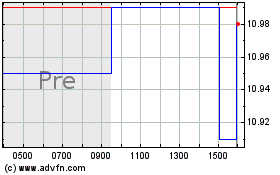