Item 5.07. Submission of Matters to a Vote of Security Holders.
The Company’s 2019 Annual Meeting of Stockholders (the “Annual Meeting”) was held pursuant to notice on May 1, 2019, at the Company’s offices at 53 Forest Avenue, 1st Floor, Old Greenwich, CT 06870. The total number of shares of Common Stock voted in person or by proxy at the Annual Meeting was 17,441,661, representing approximately 85.88% of the 20,309,908 shares outstanding and entitled to vote at the Annual Meeting.
Each director nominee was elected and each other matter submitted to a vote of the Company’s stockholders at the Annual Meeting was approved by the requisite vote. The final voting results for each of the proposals submitted to a vote of the stockholders of the Company at the Annual Meeting are set forth below. The proposals are described in detail in the Company’s Definitive Proxy Statement filed with the Securities and Exchange Commission on March 26, 2019 (the “Proxy Statement”), and are incorporated herein by reference.
Proposal 1  - The election of seven directors, to serve until the Company’s 2020 annual meeting of stockholders and until their successors are duly elected and qualified;
Proposal 2  - The ratification of the appointment of BDO USA, LLP as the independent auditors for the fiscal year ending December 31, 2019.
Proposal 3  - The advisory (non-binding) approval of the compensation of the Company’s named executive officers.
Proposal 4  - The approval of the Reverse Stock Split Proposal described in the Proxy Statement.
For Proposals 1 and 3 broker non-votes amounted to 7,475,689.

SIGNATURES
Pursuant to the requirements of the Securities Exchange Act of 1934, the registrant has duly caused this report to be signed on its behalf by the undersigned hereunto duly authorized.
Date:    May 7, 2019
Digirad (NASDAQ:DRAD)
Historical Stock Chart
From Jul 2020 to Aug 2020 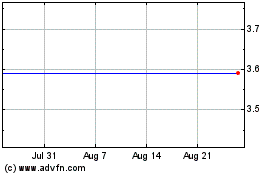 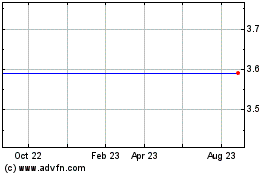 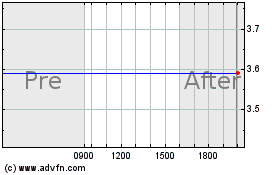