Founded in 2001, Tritium designs and manufactures proprietary hardware and software to create advanced and reliable DC fast chargers for electric vehicles. Tritium’s compact and robust chargers are designed to look great on Main Street and thrive in harsh conditions, through technology engineered to be easy to install, own, and use. Tritium is focused on continuous innovation in support of our customers around the world.

Decarbonization Plus Acquisition Corporation II is a blank check company formed for the purpose of effecting a merger, capital stock exchange, asset acquisition, stock purchase, reorganization or similar business combination with a target whose principal effort is developing and advancing a platform that decarbonizes the most carbon-intensive sectors. These include the energy and agriculture, industrials, transportation and commercial and residential sectors. DCRN is sponsored by an affiliate of Riverstone Holdings LLC and represents a further expansion of Riverstone’s 15-year franchise in low-carbon investments, having established industry leading, scaled companies with more than $5 billion of equity invested in renewables.

In connection with the proposed business combination, NewCo, which will be the going-forward public company, filed the Registration Statement with the SEC, which includes a preliminary proxy statement of DCRN. After the Registration Statement has been cleared by the SEC, a definitive proxy statement/prospectus will be mailed to the stockholders of DCRN as of a record date to be established for voting on the proposed business combination. INVESTORS AND SECURITY HOLDERS OF DCRN ARE URGED TO READ THE PRELIMINARY PROXY STATEMENT/PROSPECTUS, ANY AMENDMENTS THERETO, THE DEFINITIVE PROXY STATEMENT/PROSPECTUS AND THE EFFECTIVE REGISTRATION STATEMENT AND OTHER RELEVANT DOCUMENTS THAT WILL BE FILED WITH THE SEC CAREFULLY AND IN THEIR ENTIRETY WHEN THEY BECOME AVAILABLE BECAUSE THEY WILL CONTAIN IMPORTANT INFORMATION ABOUT TRITIUM, DCRN, NEWCO AND THE BUSINESS COMBINATION. Investors and security holders will also be able to obtain copies of the Registration Statement and other documents containing important information about each of the companies once such documents are filed with the SEC, without charge, at the SEC’s web site at www.sec.gov.

DCRN and its directors and executive officers may be deemed participants in the solicitation of proxies from DCRN’s stockholders with respect to the proposed business combination. A list of the names of those directors and executive officers and a description of their interests in DCRN is contained in DCRN’s filings with the SEC, including DCRN’s Annual Report on Form 10-K for the fiscal year ended December 31, 2020, which was filed with the SEC on March 31, 2021, and is available free of charge at the SEC’s web site at www.sec.gov. Additional information regarding the interests of such participants will be set forth in the Registration Statement for the

This document does not constitute a solicitation of a proxy, consent or authorization with respect to any securities or in respect of the proposed business combination. This document also does not constitute an offer to sell or exchange, or the solicitation of an offer to buy or exchange, any securities, nor will there be any sale of securities in any states or jurisdictions in which such offer, solicitation, or sale or exchange would be unlawful prior to registration or qualification under the securities laws of any such jurisdiction. No offering of securities will be made except by means of a prospectus meeting the requirements of section 10 of the Securities Act of 1933, as amended, or an exemption therefrom. 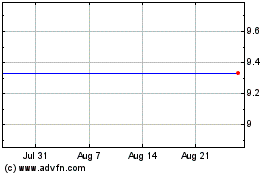 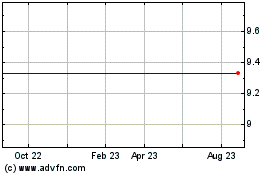 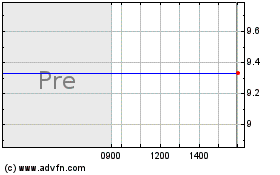