Appointment of Director
On September 16, 2022, at the recommendation of the Nominating Committee and Compensation Committee of the Board approved and confirmed the appointment of Dr. Yi Zeng with annual compensation of US$45,000 as the succeeding director to fill in the vacancy created by Mr. Davis-Rice’s resignation, effective immediately, until the Company’s next annual meeting of shareholders and until his successor is duly elected and qualified, or until his earlier death, resignation, or removal. The Board has determined that Dr. Zeng is an “independent” director within the meaning of Nasdaq Listing Rule 5605(a)(2).
The biographical information of the newly appointed director is set forth below:
Dr. Yi Zeng, 67, Independent Director
Dr. Zeng has over 30 years’ experience in the energy industry, management, marketing and research. From 2016 to 2017, Dr. Zeng served as a non-executive Director of an energy company Range Resources Pty. Ltd, a former public company that was listed on both the London and Australian Stock Exchanges. He retired thereafter to enjoy family life.  From 2011 to 2016, Dr. Zeng served as an independent consultant for Kori Ltd. From 2011 to 2012, he was the managing director of Lomon Pty. Ltd. a former public company that was listed on the Australian Stock Exchange. From 2007-2009, Dr. Zeng was the Asia Pacific Regional Marketing Manager of Titanium, BHP Billiton Shanghai, a global energy and mining company. Prior to that Dr. Zeng served as a Principle and Senior Scientist at BHP Exploration & Mining Technology in Melbourne, Australia from 2000 to 2007. Dr. Yi Zeng holds a Ph.D. in Geophysics from Victoria University of Wellington, New Zealand; an MSc in Applied Geophysics Exploration from Chengdu College of Geology, China; and a BSc in Geophysical Exploration from Chengdu University of Technology, China. The Company believes Dr. Zeng’s extensive experience in management, technical, and research with global and Australian-based companies makes him well suited to serve as a member of the Board.
There are no family relationships between Dr. Zeng and any other employees or members of the Board of Directors of the Company. He has not been involved in any transaction with the Company during the past two years that would require disclosure under Item 404(a) of Regulation S-K.
Dr. Zeng accepted an offer letter from the Company and agreed to receive an annual compensation of $45,000. The offer letter is qualified in its entirety by reference to the complete text of the agreement, which is filed hereto as Exhibits 10.1.
SIGNATURES
Pursuant to the requirements of the Securities Exchange Act of 1934, the Registrant has duly caused this report to be signed on its behalf by the undersigned hereunto duly authorized. 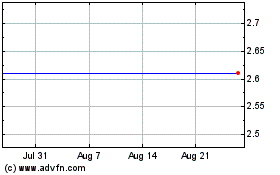 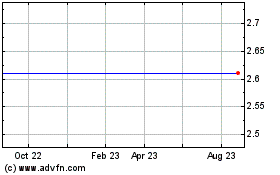 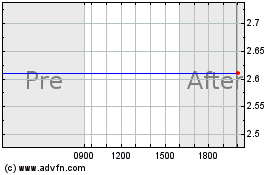