Celsion Corporation (NASDAQ: CLSN), an oncology drug development company, today announced that Michael H. Tardugno, the company’s chairman, president and chief executive officer, issued the following letter to stockholders providing an update on the ongoing data analysis from its Phase III OPTIMA Study with ThermoDox® plus radiofrequency ablation (RFA) in patients newly diagnosed with primary liver cancer, or hepatocellular carcinoma (HCC), as well as growing interest among clinical investigators in conducting studies with ThermoDox® as a monotherapy or in combination with other therapies.

To My Fellow Stockholders:

In response to the recent inquiries that we are receiving, I’d like to provide you with the following update regarding the OPTIMA Study’s ongoing analysis of probable futility findings, and ThermoDox®, generally.

As I have indicated in earlier press announcements and conference calls, since the unblinding of the OPTIMA Study at the second preplanned interim data analysis on July 9, 2020, which was conducted after reaching the prescribed 158 patient deaths in late April 2020, Celsion continues to follow patients for overall survival. Since April 27, 2020, a total of 14 new deaths have been reported, five of which occurred since July. These deaths are reasonably in line with deaths of 3.0 per month, or 0.7 per week, that had been forecasted by our consulting statistician. We now have a total of 174 deaths in the Study from a total patient enrollment of 556. The Study’s statistical plan specifies a minimum of 197 deaths for the final data analysis.

At the second interim analysis by the independent Data Monitoring Committee (DMC), which covered 80% of the deaths needed for the final analysis, indicated that the OPTIMA Study had narrowly crossed the futility boundary of Hazard Ratio (HR)=0.90 with substantial uncertainty. The reported HR suggested by the Kaplan-Meier analysis was 0.903 with a p-value of 0.524. The DMC advised Celsion of its findings, leaving the decision to stop the study up to the Company.

In our preliminary evaluation of the topline data, Celsion determined that we should continue to follow patients until such time as futility is either confirmed or dispelled. We based this decision on enrollment trends at study sites in China and Vietnam, among other observations, suggesting that data maturity may be at issue. Additionally, despite the Study’s first interim analysis appearing to be on track for a successful outcome, we noted a timed-based change in deaths in the ThermoDox® treatment arm suggested a proportionality issue that required further evaluation. Specifically, 16 deaths occurred in five different Asia-Pacific countries between the first and second interim analyses, and 15 of these deaths were in the ThermoDox® treatment arm.

What steps are we taking?

As promised, Celsion has engaged a global biometrics contract research organization, with forensic statistical analysis capability that specializes in data management, statistical consulting, statistical analysis and data sciences, with particular expertise in evaluating unusual data from clinical trials and experience with associated regulatory issues. The primary objective of the CRO’s work is to determine the basis and reasoning behind continuing to follow patients for survival, and if there were outside influences that may have impacted the forecast of futility.

Also as promised, and in parallel, the Company has submitted all OPTIMA Study clinical trial data to the National Institutes of Health (NIH) and expects to receive a report on the following:

We expect to report findings from these independent statistical analyses before the end of the year, either or both of which will guide our decision to continue to follow patients to the final analysis at 197 or more deaths, a milestone that should be reached sometime in mid-2021.

The DMC’s recommendation on July 9, 2020 to consider discontinuation of the OPTIMA Study was beyond disappointing. It was never anticipated, nor was it supported by the science, independent clinical evaluation of the HEAT Study subgroup or prospective preclinical research conducted by Celsion and our consultants to support the OPTIMA Study. We firmly believe, therefore, that Celsion is obligated to undertake this rigorous evaluation of the data while we continue to follow patients.

I also would like to update you on the multiple requests we are receiving from investigators to include ThermoDox® in their own studies involving several clinical indications. Below are summaries of several investigator-sponsored studies:

Celsion feels strongly that we owe it to patients, physicians and our investors to continue examining the data from the OPTIMA Study, particularly given how surprising the recommendation was from the DMC. While the trial outcome as predicted by the second interim analysis may not change, and as unlikely as it may be, in the event we see substantial clinical benefit from the CRO and NIH analyses, we will carefully review our options with the 14 regulatory agencies under which the OPTIMA Study is being conducted.

In the meantime, we are heartened by multiple requests from investigators to include ThermoDox® in their own studies involving a number of clinical indications. We believe this interest in investigator-sponsored trials reflects support for the potential of ThermoDox® despite the confounding findings from the OPTIMA Study second preplanned interim analysis.

While we await the outcome of additional data analyses from the OPTIMA Study, we continue to enroll patients in the Phase II portion of the OVATION 2 study evaluating GEN-1 for the treatment of advanced ovarian cancer. We expect patient enrollment in this clinical trial to be completed by the end of the second quarter of 2021.

Thank you for your continued interest in Celsion.

Celsion’s most advanced program is based on a drug delivery technology that employs a novel heat-sensitive liposome engineered to address a range of difficult-to-treat cancers. The first application of this platform is ThermoDox®, a lyso-thermosensitive liposomal doxorubicin (LTLD) whose novel mechanism of action delivers high concentrations of doxorubicin to a region targeted with the application of localized heat at 40°C, just above body temperature. ThermoDox® is positioned for use with multiple heating technologies and has the potential to treat of a broad range of cancers including metastatic liver, recurrent chest wall breast cancer and non-muscle invading bladder cancers.

Celsion’s LTLD technology leverages two mechanisms of tumor biology to deliver higher concentrations of drug directly to the tumor site. In the first mechanism, rapidly growing tumors have leaky vasculature, which is permeable to liposomes and enables their accumulation within tumors. Leaky vasculature influences a number of factors within the tumor, including the access of therapeutic agents to tumor cells. Administered intravenously, ThermoDox® is engineered with a half-life to allow significant accumulation of liposomes at the tumor site as these liposomes recirculate in the blood stream. In the second mechanism, when an external heating device heats tumor tissue to a temperature of 40°C or greater, the heat-sensitive liposome rapidly changes structure and the liposomal membrane selectively dissolves, creating openings that can release a chemotherapeutic agent directly into the tumor and the surrounding vasculature. Drug concentration increases as a function of the accumulation of liposomes at the tumor site, but only where the heat is present. This method damages only the tumor and the area subject to tumor invasion, supporting more precise drug targeting.

Celsion is a fully integrated oncology company focused on developing a portfolio of innovative cancer treatments, including immunotherapies, DNA-based therapies and directed chemotherapies. The Company’s product pipeline includes GEN-1, a DNA-based immunotherapy for the localized treatment of ovarian cancer and ThermoDox®, a proprietary heat-activated liposomal encapsulation of doxorubicin, currently in Phase III development for the treatment of primary liver cancer and in development for other cancer indications. Celsion has two feasibility stage platform technologies for the development of novel nucleic acid-based immunotherapies and other anti-cancer DNA or RNA therapies. Both are novel synthetic, non-viral vectors with demonstrated capability in nucleic acid cellular transfection. For more information on Celsion, visit: http://www.celsion.com. (CLSN-FIN).

Celsion wishes to inform readers that forward-looking statements in this release are made pursuant to the "safe harbor" provisions of the Private Securities Litigation Reform Act of 1995. Readers are cautioned that such forward-looking statements involve risks and uncertainties including, without limitation, Celsion's intended use of proceeds, the amount and prices of any such sales under the agreement, unforeseen changes in the course of research and development activities and in clinical trials; the uncertainties of and difficulties in analyzing interim clinical data; the significant expense, time, and risk of failure of conducting clinical trials; the need for Celsion to evaluate its future development plans; possible acquisitions or licenses of other technologies, assets or businesses; possible actions by customers, suppliers, competitors, regulatory authorities; and other risks detailed from time to time in Celsion's periodic reports and prospectuses filed with the Securities and Exchange Commission. Celsion assumes no obligation to update or supplement forward-looking statements that become untrue because of subsequent events, new information or otherwise. 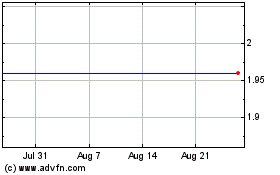 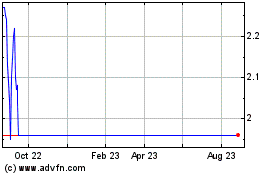 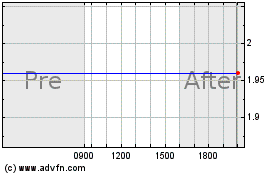