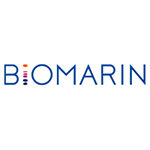 SAN RAFAEL, Calif., Nov. 9, 2020 /PRNewswire/ -- BioMarin Pharmaceutical Inc. (NASDAQ:BMRN) announced today that the Company is expanding its clinical program for vosoritide, an investigational analog of C-type Natriuretic Peptide (CNP), with two new Phase 2 studies.  The first study is sponsored by BioMarin to investigate the safety of vosoritide in infants with achondroplasia at risk of life-threatening foramen magnum compression.  The second study is an investigator-initiated study sponsored by Children's National Hospital in Washington, D.C. to investigate vosoritide in children with selected genetic forms of short stature, which together represent addressable patient populations of approximately 275,000.

BioMarin announced today that the Company has enrolled the first child in a Phase 2 randomized, controlled, open-label clinical trial with an open-label extension to investigate the safety of vosoritide in infants with achondroplasia at risk of requiring cervicomedullary decompression surgery to alleviate compression at the foramen magnum, the opening in the base of the skull through which the spinal cord passes. In addition, the study will also measure a secondary endpoint to evaluate the effect of vosoritide on growth of the foramen magnum volume through MRI scans.

Foramen magnum compression is the foremost life-threatening complications of achondroplasia in infants. This study investigates the safety of vosoritide in infants aged 0 -1 years of age with achondroplasia who have evidence of foramen magnum compression at-risk for requiring cervicomedullary decompression surgery. Those infants are under close observation for the appearance of neurological signs of progressive foramen magnum compression, and the current standard of care is palliative with many eventually requiring surgery. The study aims to enroll approximately 20 infants, who will be randomized to either current standard of care plus vosoritide treatment or current standard of care alone for a two-year period.  After the two-year randomized period, children in the study would be eligible to receive vosoritide in an open-label, 3-year additional extension period. The study will examine the incidence of adverse events between the two groups, volume MRI measurements of the foramen magnum, skull and spine, and progression to requiring decompression surgery.

"We continue to expand our clinical program of vosoritide for the treatment of achondroplasia with the first study specifically looking at the safety of vosoritide administered to infants at risk of serious and potentially fatal medical complications resulting from achondroplasia," said Hank Fuchs, M.D., President, Worldwide Research and Development at BioMarin.  "We are committed to understanding whether vosoritide can safely reduce the number of adverse outcomes in this high-risk population and are pleased to support this study as part of our commitment  to advancing the standard of care for children affected by achondroplasia."

In addition, Children's National Hospital in Washington, D.C. the sponsor of the investigator-initiated study, and BioMarin announced today that the first children have been enrolled in a Phase 2 study of the investigational treatment of vosoritide in children with certain genetic forms of short stature.

This investigator-initiated study will enroll approximately 35 children with short stature in specific genetic categories and will follow them for a six-month observation period to obtain baseline growth velocity, safety profile and quality of life assessment.  Study participants will then be treated with vosoritide for 12 months and will be assessed for safety and improvement in growth outcomes.  The primary endpoints include incidence of treatment emergent adverse events, change from baseline in annualized growth velocity and change from baseline in height Z-score.

"Many patients who present with short stature likely have genetic mutations in genes involved in growth plate physiology.  Those patients with selected causes of short stature that interact with the CNP pathway may benefit from treatment with vosoritide, which directly targets the growth plate," said Andrew Dauber, M.D., MMSc, Chief of Endocrinology at Children's National Hospital, Washington D.C. and lead investigator of this clinical study.  "In this study, our goal is to understand if vosoritide may be a safe and effective treatment option for certain genetically defined short stature syndromes."

"We are pleased to support the clinical research by Dr. Dauber at Children's National Hospital.  We applaud his efforts to study vosoritide for specific types of short stature beyond achondroplasia," Fuchs added.  "Vosoritide is currently under development for the treatment of achondroplasia, the most common form of skeletal dysplasia.  We have a good foundation of safety data to help inform a clinical study in other potential indications. We look forward to supporting this research to understand if the CNP pathway represents a target in forms of short stature with specific genetic mutations, where Dr. Dauber's study is the first step to advance science in the genetic short stature space."

Achondroplasia, the most common form of skeletal dysplasia in humans, is characterized by slowing of endochondral ossification, which results in disproportionate short stature and disordered architecture in the long bones, spine, face and base of the skull. This condition is caused by a mutation in the fibroblast growth factor receptor 3 gene (FGFR3), a negative regulator of bone growth. Beyond disproportionate short stature, people with achondroplasia can experience serious health complications, including foramen magnum compression, sleep apnea, bowed legs, mid-face hypoplasia, permanent sway of the lower back, spinal stenosis and recurrent ear infections. Some of these complications can result in the need for invasive surgeries such as spinal cord decompression and straightening of bowed legs. In addition, studies show increased mortality at every age.

More than 80% of children with achondroplasia have parents of average stature and have the condition as the result of a spontaneous gene mutation.  The worldwide incidence rate of achondroplasia is about one in 25,000 live births.  Vosoritide is being tested in children whose growth plates are still "open", typically those under 18 years of age. This is approximately 25% of people with achondroplasia.  In the U.S., Europe, Latin America, the Middle East, and most of Asia Pacific, there are currently no approved medicines for achondroplasia.

About Genetic Forms of Short Stature

Short stature can be caused by a number of genetic etiologies, many of which directly affect the growth plate. The CNP/NPR2 pathway is central to growth of the chondrocyte, therefore patients with selected genetic causes of short stature that interact with this pathway could benefit from treatment with vosoritide, which directly targets the growth plate. This study specifically focuses on five different genes related to the CNP/NPR2 pathway, including patients with deficiency in CNP itself or defects in its receptor encoded by the NPR2 gene; patients with hypochondroplasia; patients with defects in the SHOX gene; and patients with a Rasopathy (a group of genetic disorders that includes Noonan Syndrome and Neurofibromatosis type 1 amongst other disorders).  Collectively, these categories of genetic short stature affect approximately 275,000 of the addressable patient population globally based on incidence rate, diagnosis rate, and age under 18.

Children's National Hospital, based in Washington, D.C., celebrates 150 years of pediatric care, research and commitment to community. Volunteers opened the hospital in 1870 with 12 beds for children displaced after the Civil War. Today, 150 years stronger, it is among the nation's top 10 children's hospitals. It is ranked No. 1 for newborn care for the fourth straight year and ranked in the top 10 for endocrinology by U.S. News & World Report. Children's National is transforming pediatric medicine for all children. In 2020, construction will be complete on the Children's National Research & Innovation Campus, the first in the nation dedicated to pediatric research. Children's National has been designated twice as a Magnet® hospital, demonstrating the highest standards of nursing and patient care delivery. This pediatric academic health system offers expert care through a convenient, community-based primary care network and specialty outpatient centers in the D.C., metropolitan area, including the Maryland and Northern Virginia suburbs. Children's National is home to the Children's National Research Institute and Sheikh Zayed Institute for Pediatric Surgical Innovation and is the nation's seventh-highest NIH-funded children's hospital. It is recognized for its expertise and innovation in pediatric care and as a strong voice for children through advocacy at the local, regional and national levels.

BioMarin is a global biotechnology company that develops and commercializes innovative therapies for people with serious and life-threatening rare disorders. The company's portfolio consists of six commercialized products and multiple clinical and pre-clinical product candidates.

For additional information, please visit www.BMRN.com. Information on BioMarin's website is not incorporated by reference into this press release.

This press release contains forward-looking statements about the business prospects of BioMarin Pharmaceutical Inc. (BioMarin), including, without limitation, statements about: the development of BioMarin's vosoritide program generally, whether vosoritide can reduce the number of adverse outcomes in this high-risk population, the potential benefits and possible new indications of vosoritide for children with short stature that is genetically defined and involves the CNP/NPR2 pathway, the timing, design and conduct of the two new Phase 2 studies and the expected results of such studies. These forward-looking statements are predictions and involve risks and uncertainties such that actual results may differ materially from these statements. These risks and uncertainties include, among others: results and timing of current and planned preclinical studies and clinical trials of vosoritide; our ability to enroll participants into such clinical trials, our ability to successfully manufacture vosoritide; the content and timing of decisions by the U.S. Food and Drug Administration, the European Commission and other regulatory authorities concerning vosoritide; and those other risks and uncertainties detailed from time to time under the caption "Risk Factors" and elsewhere in the Company's Securities and Exchange Commission (SEC) filings, including, without limitation, BioMarin's Quarterly Report on Form 10-Q for the quarter ended September 30, 2020, and future SEC filings and reports by BioMarin. BioMarin undertakes no duty or obligation to update any forward-looking statements contained in this press release as a result of new information, future events or changes in its expectations.

BioMarin® is a registered trademark of BioMarin Pharmaceutical Inc. 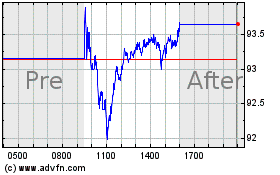