PepsiCo Inc. plans to form a joint venture with imitation-meat maker Beyond Meat Inc. to develop snacks and drinks made from plant-based protein, the companies said Tuesday.

PepsiCo, which makes such products as Doritos and Quaker Oats and is a joint owner of Sabra hummus, has over the past several years looked at different options for adding plant-based ingredients to its lineup, including experimenting with soluble oats as a protein in drinks. The broader market for meat alternatives has grown rapidly, with plant-based burger patties proliferating across fast-food drive-throughs and grocery-store meat cases.

Pushing into snacks and beverages would give California-based Beyond a broader reach into supermarkets, which have claimed a greater share of consumers' food buying during the pandemic. Covid-19 concerns and restrictions pushed Beyond's sales of plant-based burgers to restaurants 41% lower in the company's most recent quarter.

Terms of the deal with PepsiCo weren't disclosed. The companies declined to comment on the size of the investment in the venture. A PepsiCo spokeswoman said it would be managed jointly by the two companies.

The companies didn't specify what sorts of snacks and beverages will be developed by the new venture, called the Planet Partnership LLC. Its products will be marketed to North American consumers, and later could be expanded to the U.K. and China, a Beyond spokeswoman said.

Beyond Chief Executive Ethan Brown said that PepsiCo's marketing and distribution heft would help propel the new venture's plant-based products to more consumers. Beyond and other makers of plant-based meat alternatives, such as Impossible Foods Inc., have been working to make more inroads in supermarket meat sections over the past year after Covid-19 infections spread through meat plants and left some traditional meat products in short supply.

Retail sales of plant-based snacks and beverages are a small part of the overall market, but in most cases are growing faster than traditional varieties, according to market research firm Nielsen. Sales of snacks marketed as part of a plant-based diet jumped 10.6% over the 52 weeks ended Jan. 16, Nielsen's data showed, while plant-based beverage sales grew by 13.5%.

Write to Jacob Bunge at jacob.bunge@wsj.com and Jennifer Maloney at jennifer.maloney@wsj.com 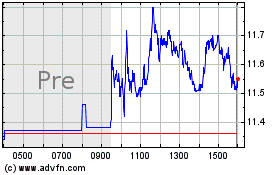