2.995
0.00 (0.0%)
Upgrade to Real-Time
Regular Market
2.995
Current Report Filing (8-k)
March 06 2019 - 04:16PM
Edgar (US Regulatory)
UNITED STATES
SECURITIES AND EXCHANGE COMMISSION
Washington, D.C. 20549
FORM 8-K
CURRENT REPORT
Pursuant to Section 13 OR 15(d) of The Securities Exchange Act of 1934
Check the appropriate box below if the Form 8-K filing is intended to simultaneously satisfy the filing obligation of the registrant under any of the following provisions ( see General Instruction A.2. below):
☐    Written communications pursuant to Rule 425 under the Securities Act (17 CFR 230.425)
☐    Soliciting material pursuant to Rule 14a-12 under the Exchange Act (17 CFR 240.14a-12)
☐    Pre-commencement communications pursuant to Rule 14d-2(b) under the Exchange Act (17 CFR 240.14d-2(b))
☐    Pre-commencement communications pursuant to Rule 13e-4(c) under the Exchange Act (17 CFR 240.13e-4(c))
Indicate by check mark whether the registrant is an emerging growth company as defined in Rule 405 of the Securities Act of 1933 (17 CFR §230.405) or Rule 12b-2 of the Securities Exchange Act of 1934 (17 CFR §240.12b-2).
Emerging growth company ☐
If an emerging growth company, indicate by check mark if the registrant has elected not to use the extended transition period for complying with any new or revised financial accounting standards provided pursuant to Section 13(a) of the Exchange Act. ☐
SEC 873 (09/17)
On March 6, 2019, Arotech Corporation (the “Registrant”) publicly disseminated an earnings release (the “Release”) announcing its financial results for the quarter and twelve months ended December 31, 2018. A copy of the Release is attached as Exhibit 99.1 hereto.
The information included in the attached Exhibit 99.1 is being furnished pursuant to Item 2.02 of Form 8-K, insofar as it discloses historical information regarding the Registrant’s results of operations and financial condition as of and for the quarter and twelve months ended December 31, 2018. In accordance with General Instructions B.2 of Form 8-K, the information in this Current Report on Form 8-K, including Exhibit 99.1, shall not be deemed “filed” for the purposes of Section 18 of the Securities Exchange Act of 1934, as amended, or otherwise subject to the liability of that section, nor shall it be deemed incorporated by reference in any filing under the Securities Act of 1933, as amended, except as shall be expressly set forth by specific reference in such a filing.

On March 4, 2019, after discussion with management and BDO USA LLP, the Company’s independent registered public accounting firm, the Company’s Board of Directors, based on a recommendation of the Audit Committee, concluded that the Company’s previously issued consolidated financial statements as of and for the year ended December 31, 2017 (the “2017 Financials”), should no longer be relied upon, and determined that the consolidated financial statements will be restated for the identification of an accounting error.

The Company intends to include restated 2017 Financials in its 2018 Annual Report on Form 10-K, which it expects to file on March 7, 2019. Management of the Company has concluded that the impact of the errors on the previously issued unaudited interim financial statements included in the Company’s Quarterly Reports on Form 10-Q are not material, but in conjunction with restating its annual financial statements, the Company will include corrected 2017 fourth quarter previously issued unaudited quarterly financial information in the 2018 Annual Report.

The Company’s management and the Audit Committee have discussed the matters disclosed in this Item 4.02 with the Company’s independent registered public accounting firm, BDO USA, LLP.

As described above, the following Exhibits are furnished as part of this Current Report on Form 8-K:

SIGNATURES
Pursuant to the requirements of the Securities Exchange Act of 1934, the Registrant has duly caused this report to be signed on its behalf by the undersigned hereunto duly authorized.
Dated:          March 6, 2019 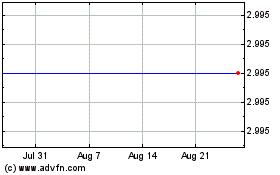 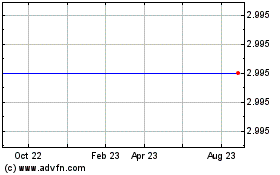 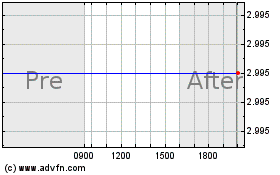