This Amendment No. 10 relates to the ordinary shares, par value $0.001 per share (the “Shares”), of AirNet Technology Inc., a Cayman Islands company (the “Company”) whose principal executive offices are located at 15/F, Sky Plaza, No. 46 Dongzhimenwai Street, Dongcheng District, Beijing 100027, the People’s Republic of China.

The 22,955,824 Shares beneficially owned by Mr. Guo comprise (i) 16,105,980 Shares beneficially owned by Wealthy Environment Limited, a British Virgin Islands company solely owned and controlled by Mr. Guo, (ii) 4,849,844 Shares represented by ADSs held by Wealthy Environment Limited, and (iii) 2,000,000 Shares that Mr. Guo has the right to acquire upon exercise of options within 60 days after June 24, 2019. Mr. Guo is married to Ms. Shao. Mr. Guo disclaims beneficial ownership of the Shares held by Ms. Shao or Global Earning.

The percentage of the class of securities identified pursuant to Item 1 beneficially owned by each Reporting Person is based on 125,664,777 Shares outstanding (excluding 2,032,278 Shares and Shares represented by ADSs reserved for settlement upon exercise of the Company’s incentive share awards). as of March 31, 2019 as disclosed in the Company’s annual report on Form 20-F filed with the U.S. Securities and Exchange Commission on April 30, 2019. 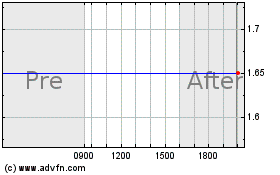