ENTRY INTO A MATERIAL DEFINITIVE AGREEMENT

On November 3, 2020, Affimed GmbH, a subsidiary of Affimed N.V. (together with Affimed GmbH, “Affimed” or the “Company”) entered into a research collaboration and license agreement (the “Agreement”) with a newly formed affiliate of Roivant Sciences Ltd. (“Roivant” and such affiliate, “NewCo”) for the development and commercialization of certain product candidates that contain novel innate cell engager (“ICE®”) molecules in oncology. Affimed has granted NewCo an exclusive, royalty-bearing, sublicensable worldwide license during the term of the Agreement under patent rights and know-how to develop and commercialize AFM32 and any additional product candidates against the exclusive targets designated by NewCo. Affimed will retain an option for co-promotion of the novel ICE® molecules.

The financial terms of the Agreement include upfront consideration to Affimed of $60 million, consisting of $40 million in cash and pre-paid research and development funding as well as $20 million in newly issued shares of Roivant. Affimed is also eligible to receive up to approximately $2.0 billion in total milestone payments upon achievement of specified development, regulatory and commercial milestones pursuant to the Agreement. Of the $2.0 billion in milestone payments, approximately $219 million relate to development activities, $312 million relate to receipt of regulatory approvals, and $1.5 billion relate to achievement of specified thresholds of worldwide net sales. In addition, Affimed is eligible to receive tiered royalties from NewCo on net sales of licensed product candidates on a product-by-product and country-by-country basis until the later of (i) the date when the last valid patent covering the composition of matter or use of such licensed product in the applicable country expires; (ii) the tenth anniversary of the date of first commercial sale of such licensed product in such country or (iii) the expiration of regulatory data exclusivity for such product in such country.

Under the terms of the Agreement, NewCo will be primarily responsible for clinical development and commercialization worldwide in respect of each product candidate while Affimed will collaborate in the discovery and research phases of molecule development. Each product candidate will be developed pursuant to a research program (“Research Program”) and conducted by a joint project team, which will be overseen by a joint steering committee (the “JSC”), consisting of an equal number of representatives of NewCo and Affimed. If the JSC is unable to reach agreement on a particular matter, NewCo generally has final decision-making authority, provided that the JSC may not decide on matters that (i) relate exclusively to the use of Affimed’s innate cell engaging ROCK® technology platform as generally applied and not specifically applied to any licensed antibody products developed under their corresponding Research Program and directed, as applicable, to the lead target or any additional NewCo targets or (ii) would increase the then current number of full-time equivalents (“FTEs”) that Affimed has assigned to the performance of the research plan for a certain Research Program by more than a certain number of additional FTEs. Except with respect to the activities being conducted by NewCo and Affimed under the Research Programs and subject to Affimed’s co-promotion option, NewCo shall have sole responsibility for, and bear all costs for, researching, developing and commercializing each product candidate, including all regulatory matters in relation thereto. The Research Programs will be funded by NewCo through an upfront payment to Affimed.

The Company is subject to certain effort requirements in connection with its research activities under the Agreement, provision of technical assistance to NewCo and agreement with NewCo upon designation of the exclusive targets. NewCo must use diligent efforts to clinically develop and commercialize in one of the United States, European Union or Japan at least one licensed product that binds to each exclusive target.

NewCo also has the right to unilaterally terminate the Agreement in its entirety, in its sole discretion, upon certain advance written notice. If the Agreement is terminated in its entirety, either by NewCo for convenience or by Affimed for Newco’s uncured material breach or bankruptcy, Affimed has a right to negotiate commercially reasonable terms under which NewCo grants to Affimed a license to the licensed products with respect to any exclusive target existing as of such termination date. If Affimed does not agree with NewCo on such terms, the dispute will be settled by arbitration.

The foregoing description of the Agreement does not purport to be complete and is qualified in its entirety by reference to the full text of such document, a copy of which is filed as Exhibit 10.1 to this Report on Form 6-K, and is incorporated herein by reference.

Pursuant to the requirements of the Securities Exchange Act of 1934, the registrant has duly caused this report to be signed on its behalf by the undersigned, thereunto duly authorized, in Heidelberg, Germany, November 9, 2020. 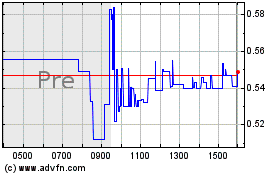