FORM 8-K
Current Report
Pursuant to Section 13 or 15(d) of
The Securities Exchange Act of 1934
January 15, 2019
Date of Report
(Date of earliest event reported)
Access National Corporation
(Exact name of registrant as specified in its charter)
1800 Robert Fulton Drive, Suite 300, Reston, VA  20191
(Address of principal executive offices) (Zip Code)
(703) 871-2100
(Registrant’s telephone number, including area code)
Check the appropriate box below if the Form 8-K filing is intended to simultaneously satisfy the filing obligation of the registrant under any of the following provisions ( see   General Instruction A.2. below):


Indicate by check mark whether the registrant is an emerging growth company as defined in Rule 405 of the Securities Act of 1933 (§230.405 of this chapter) or Rule 12b-2 of the Securities Exchange Act of 1934 (§240.12b-2 of this chapter).
If an emerging growth company, indicate by check mark if the registrant has elected not to use the extended transition period for complying with any new or revised financial accounting standards provided pursuant to Section 13(a) of the Exchange Act.   ☐
On January 15, 2019, Access National Corporation (the “Company”) held a special meeting of the Company’s shareholders (the “Special Meeting”). There were 21,069,233   shares of the Company’s common stock outstanding on the record date and entitled to vote at the Special Meeting, and 16,988,923   shares were represented in person or by proxy, which constituted a quorum to conduct business at the Special Meeting. The Company’s shareholders voted on the following: (1) a proposal to approve the Agreement and Plan of Reorganization, dated as of October 4, 2018, as amended on December 7, 2018, between Union Bankshares Corporation (“Union”) and the Company, including the related plan of merger, pursuant to which, among other things, the Company will merge with and into Union (the “Merger Proposal”); (2) a proposal to approve, on a non-binding advisory vote, certain compensation that may become payable to the Company’s named executive officers in connection with the merger (the “Merger-Related Compensation Proposal”); and (3) a proposal to adjourn the Special Meeting, if necessary or appropriate, to solicit additional votes in favor of the Merger Proposal (the “Adjournment Proposal”). The Company’s shareholders approved the Merger Proposal and the Merger-Related Compensation Proposal. The Adjournment Proposal was deemed to not be necessary because the Company’s shareholders approved the Merger Proposal.
The final voting results for each proposal were as follows:
On January 15, 2019, the Company and Union issued a joint press release announcing that shareholders of both the Company and Union, at separate special meetings, approved the merger of the Company with and into Union. The joint press release announcing these shareholder approvals is attached as Exhibit 99.1 and is incorporated herein by reference.

Signatures
Pursuant to the requirements of the Securities Exchange Act of 1934, the registrant has duly caused this report to be signed on its behalf by the undersigned hereunto duly authorized. 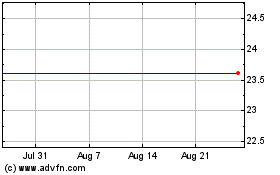 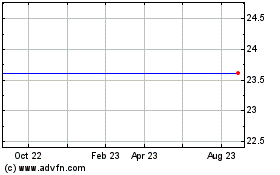 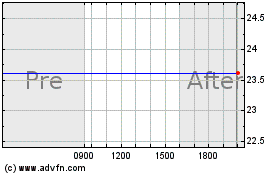