INFORMATION TO BE INCLUDED IN STATEMENTS FILED PURSUANT TO

Information as to each of these individuals is set forth below:

(a) This statement is being filed by: Janice G. Carlson and Charles H. Smith, III.

(b) The addresses of the reporting persons are as follows:

(c) The reporting persons’ present principal occupations and, where applicable, name, principal business and address of such employment are as follows:

(d) Neither Mrs. Carlson nor Mr. Smith has, during the last five years, been convicted in any criminal proceeding (excluding traffic violations or similar misdemeanors).

(e) Neither Mrs. Carlson nor Mr. Smith has, during the last five years, been a party to any civil proceeding as a result of which he or she is subject to any judgment, decree or final order enjoining future violations of, or prohibiting or mandating activities subject to, federal or state securities laws or finding any violations with respect to such laws.

(f) Mrs. Carlson and Mr. Smith are citizens of the United States.

Pursuant to the terms of the Voting Trust Agreement, the shareholders party to such agreement have deposited with Mrs. Carlson and Mr. Smith, as Trustees, 1,775,498 shares of SIFCO Common Stock.

The Trustees have no plan or proposal that would result in:

(a) the acquisition or disposition of any additional SIFCO securities by any person;

(b) an extraordinary corporate transaction such as a merger, reorganization or liquidation involving SIFCO or any of its subsidiaries;

(c) a sale or transfer of a material amount of assets of SIFCO or any of its subsidiaries;

(d) any change in the present Board of Directors or management of SIFCO, including any plan or proposal to change the number or term of directors or fill any existing vacancies on the Board;

(e) any material change in the present capitalization or dividend policy of SIFCO;

(f) any other material change in SIFCO’s business or corporate structure;

(g) changes in SIFCO’s Articles of Incorporation or Regulations or instruments corresponding thereto or other actions which may impede the acquisition of control of SIFCO by any person;

(i) a class of equity securities of SIFCO becoming eligible for termination of registration pursuant to Section 12(g)(4) of the Securities Exchange Act of 1934, as amended; or

(j) any action similar to any of those enumerated above.

(c) There were no transactions in the Common Stock during the past 60 days by Mrs. Carlson or Mr. Smith.

Except for the matters described herein, the reporting persons do not have any contract, arrangement, understanding or relationship (legal or otherwise) with any person with respect to the securities of SIFCO. 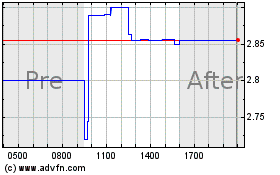