HOUSTON, April 1, 2021 /PRNewswire/ -- American Resources, Inc., and SK Energy LLC, the investment vehicle of Dr. Simon Kukes, one of the largest shareholders of Ring Energy, Inc. (NYSE: REI), announced today that we are generally encouraged by Ring Energy's actions over the past year which follows the guidance laid out in our March 2, 2020 letter to the Board of Directors of Ring Energy, which provided explicit recommendations to strengthen the Company in the near-term such as:

Following delivery of our March 2020 letter, Ring Energy has implemented most of our near-term strategy recommendations to some extent, with many actions following soon after the appointment of new Ring Energy CEO Paul D. McKinney, who met with representatives of American Resources and SK Energy in late summer of 2020 to discuss our March 2020 letter and recommendations.

We believe these corrective actions are the primary reason Ring Energy's share price has gained over 270% from the week our March 2020 letter was publicly delivered through March 25, 2021, significantly outperforming both the SPDR S&P Oil & Gas Exploration & Production ETF (XOP - 157% gain) and West Texas Intermediate Crude Oil (WTI - 88% gain) over the same period.

Given the costly nature of proxy solicitations and the recent positive stock price performance, we are not interested at this time in nominating Board members or presenting proposals. However, we will continue to actively monitor the Company, including its corporate governance and continued execution of its turnaround plan, as the Company continues to face daunting challenges – it has a relatively high debt load, high proportion of 2021 hedged volumes (limiting 2021 cash flow upside), large short interest in the stock (~15% - 17% of shares outstanding), and a market concern that the new management team does not have the capital markets experience to execute a transformative combination, divestiture or acquisition, which we believe is in the Company's best interest and should be pursued. Many of these challenges can be fixed fairly easily in the current improved oil price environment and we implore management and the Board to continue to pay down debt and seek an eventual deleveraging transaction.

About SK Energy LLC and Dr. Simon Kukes
SK Energy LLC is an investment company owned by Dr. Simon Kukes, a globally-renowned oil and gas industry executive. Dr. Kukes has held various positions over the years, including as President and CEO of Tyumen Oil Company (TNK) where he was involved in the ~$20 billion merger of TNK and British Petroleum to form TNK-BP in 2003, and as CEO of Hess Corporation's (NYSE: HES) Samara-Nafta subsidiary, where he was instrumental in the subsidiary's $2.05 billion sale to Lukoil in 2013.  He is also currently the largest shareholder, CEO and director of PEDEVCO Corp. (NYSE MKT: PED), an NYSE-listed oil and gas company active in the Permian and D-J Basins.

About American Resources, Inc.
American Resources, Inc. ("ARI") is a Houston, Texas based oil and gas investment, development and operating company focused on acquisition of underexploited, distressed and/or undervalued oil and gas assets and companies where ARI believes its involvement can add value. ARI strives to maximize value through active management of assets and/or board level participation in its corporate investments.

About Ring Energy, Inc.
Founded in 2012, Ring Energy is a Midland, Texas-based oil and gas exploration, development and production company with current operations in the Permian Basin of West Texas and is recognized as the top producing oil basin in North America. 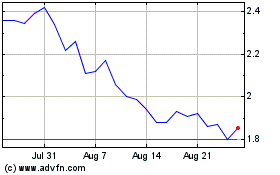 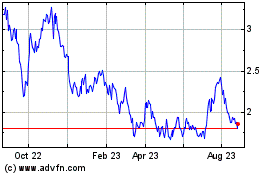 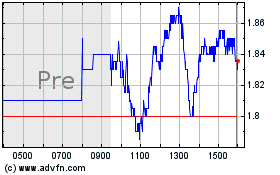