Northern Oil and Gas, Inc. (NYSE American: NOG) (“Northern”) today announced that it has launched a consent solicitation (the “Consent Solicitation”) seeking consents from holders of at least a majority of its outstanding 8.50% Senior Secured Second Lien Notes due 2023 (the “Notes”) to amend the indenture (the “Indenture”) governing the Notes (the “Proposed Amendments”). The Consent Solicitation is underpinned by strong support from a substantial portion of holders of the outstanding Notes. In addition, Northern has launched a newly amended and expanded $800 million Senior Secured Revolving Credit Facility (the “Credit Facility”). Northern has engaged Wells Fargo Securities as Left Lead Arranger, Bookrunner and Administrative Agent. Wells Fargo Securities has obtained lender commitments to the Credit Facility for substantially more than $800 million to date, subject to customary closing conditions.

“Despite an incredibly challenging backdrop for the industry and the bank lending market, the oversubscription of commitments to expand our revolver are a testament to the strength of our underlying producing asset base and excellent hedging program,” commented Northern’s President, Nick O’Grady. “Upon successful consent, Northern will exit this transaction better positioned for debtholders and shareholders alike, with less net debt, materially lower fixed charges as well as increased free cash flow, and in a position to return capital to its shareholders.”

ABOUT NORTHERN OIL AND GAS

Northern Oil and Gas, Inc. is an exploration and production company with a core area of focus in the Williston Basin Bakken and Three Forks play in North Dakota and Montana.

This press release contains forward-looking statements regarding future events and future results that are subject to the safe harbors created under the Securities Act of 1933, as amended, and the Securities Exchange Act of 1934, as amended. All statements other than statements of historical facts included in this release regarding Northern's financial position, business strategy, plans and objectives of management for future operations, industry conditions, and indebtedness covenant compliance are forward-looking statements. When used in this release, forward-looking statements are generally accompanied by terms or phrases such as “estimate,” “project,” “predict,” “believe,” “expect,” “continue,” “anticipate,” “target,” “could,” “plan,” “intend,” “seek,” “goal,” “will,” “should,” “may” or other words and similar expressions that convey the uncertainty of future events or outcomes. Items contemplating or making assumptions about actual or potential future sales, market size, collaborations, and trends or operating results also constitute such forward-looking statements.

Forward-looking statements involve inherent risks and uncertainties, and important factors (many of which are beyond Northern's control) that could cause actual results to differ materially from those set forth in the forward-looking statements, including the following: Northern’s ability to complete the transactions described in this press release, changes in crude oil and natural gas prices, the pace of drilling and completions activity on Northern's properties, Northern's ability to acquire additional development opportunities, changes in Northern's reserves estimates or the value thereof, general economic or industry conditions, nationally and/or in the communities in which Northern conducts business, changes in the interest rate environment, legislation or regulatory requirements, conditions of the securities markets, Northern's ability to raise or access capital, including as a condition to any transaction with its bondholders, changes in accounting principles, policies or guidelines, financial or political instability, acts of war or terrorism, and other economic, competitive, governmental, regulatory and technical factors affecting Northern's operations, products, services and prices.

Northern has based these forward-looking statements on its current expectations and assumptions about future events. While management considers these expectations and assumptions to be reasonable, they are inherently subject to significant business, economic, competitive, regulatory and other risks, contingencies and uncertainties, most of which are difficult to predict and many of which are beyond Northern's control. These and other applicable risks and uncertainties have been described more fully in Northern’s Annual Report on Form 10-K filed with the SEC on March 18, 2019 and in Northern’s subsequent SEC filings. Northern does not undertake any duty to update or revise any forward-looking statements, except as may be required by the federal securities laws. 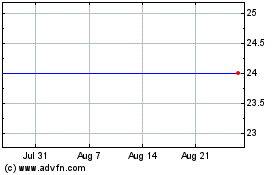 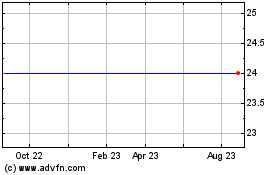 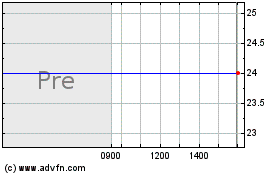