VANCOUVER, BC, March 16, 2021 /CNW/ - NexGen Energy Ltd. ("NexGen" or the "Company") (TSX: NXE) (NYSE: NXE) is pleased to announce that the Underwriters (as defined below) have exercised their over-allotment option (the "Over-Allotment Option"), in full, to purchase an additional 5,010,000 common shares in the capital of the Company (the "Common Shares") at a price of $4.50 per Common Share, in connection with the Company's recently completed underwritten public offering of 33,400,000 Common Shares, which closed on March 11, 2021 (the "Offering"). Upon closing of the Over-Allotment Option, the Company received additional gross proceeds of $22,545,000, resulting in total gross proceeds from the Offering of approximately $172.8 million.

As previously announced, the Company intends to use the net proceeds from the Offering for general corporate purposes, including the continued development of the Rook I Project and general working capital

NexGen is a British Columbia corporation with a focus on the acquisition, exploration and development of Canadian uranium projects. NexGen has a highly experienced team of uranium industry professionals with a successful track record in the discovery of uranium deposits and in developing projects through discovery to production. NexGen owns a portfolio of prospective uranium exploration assets in the Athabasca Basin, Saskatchewan, Canada, including a 100% interest in Rook I, location of the Arrow Deposit discovered in February 2014 which is in development.

Estimates of mineralization and other technical information included or referenced in this news release have been prepared in accordance with NI 43-101, which differ from the SEC's mining disclosure requirements.  Accordingly, information contained or referenced in this news release containing descriptions of the Company's mineral deposits may not be comparable to similar information made public by U.S. companies subject to the reporting and disclosure requirements of United States federal securities laws and the rules and regulations thereunder.

The information contained herein contains "forward-looking statements" within the meaning of the United States Private Securities Litigation Reform Act of 1995 and "forward-looking information" within the meaning of applicable Canadian securities legislation. "Forward-looking information" includes, but is not limited to, statements with respect to the activities, events or developments that the Company expects or anticipates will or may occur in the future. Generally, but not always, forward-looking information and statements can be identified by the use of words such as "plans", "expects", "is expected", "budget", "scheduled", "estimates", "forecasts", "intends", "anticipates", or "believes" or the negative connotation thereof or variations of such words and phrases or state that certain actions, events or results "may", "could", "would", "might" or "will be taken", "occur" or "be achieved" or the negative connotation thereof. Forward looking information in this press release includes, but is not limited to, statements regarding the use of proceeds of such Offering.

Forward-looking information and statements are based on the then current expectations, beliefs, assumptions, estimates and forecasts about NexGen's business and the industry and markets in which it operates. Forward-looking information and statements are made based upon numerous assumptions, including among others, that the proposed transaction will be completed, the results of planned exploration activities are as anticipated, the price of uranium, the cost of planned exploration activities, that financing will be available if and when needed and on reasonable terms, that third party contractors, equipment, supplies and governmental and other approvals required to conduct NexGen's planned exploration activities will be available on reasonable terms and in a timely manner and that general business and economic conditions will not change in a material adverse manner. Although the assumptions made by the Company in providing forward looking information or making forward looking statements are considered reasonable by management at the time, there can be no assurance that such assumptions will prove to be accurate.

Forward-looking information and statements also involve known and unknown risks and uncertainties and other factors, which may cause actual results, performances and achievements of NexGen to differ materially from any projections of results, performances and achievements of NexGen expressed or implied by such forward-looking information or statements, including, among others, negative operating cash flow and dependence on third party financing, uncertainty of the availability of additional financing, the risk that pending assay results will not confirm previously announced preliminary results, imprecision of Mineral Resource Estimates, the appeal of alternate sources of energy and sustained low uranium prices, aboriginal title and consultation issues, exploration risks, reliance upon key management and other personnel, deficiencies in the Company's title to its properties, uninsurable risks, failure to manage conflicts of interest, failure to obtain or maintain required permits and licenses, changes in laws, regulations and policy, competition for resources and financing, and other factors discussed or referred to in the Company's Annual Information Form dated March 11, 2020 under "Risk Factors". 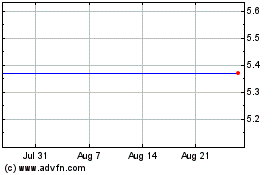 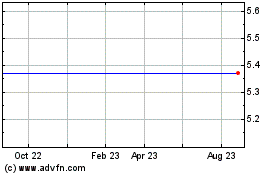 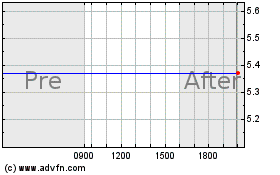