“On a year-to-date basis, our key financial performance metrics were all ahead of prior year levels and, assuming oil prices remain in the $50-plus range and producer capex maintains current levels, we are budgeting for a continued improved performance in the second half of the year and into 2020,” said Ian Dickinson, President and CEO of Enservco.  “Unfortunately, our second quarter revenue and profit results were negatively impacted by a warm April that brought our heating season to an early conclusion, resulting in a 31% year-over-year decline in frac water heating revenue. This heating service is our largest profit generator, so this kind of revenue swing has a significant impact on our bottom line.  The business is vulnerable to weather-related fluctuations at the beginning and end of each heating season, so while it is unfortunate that heating activity fell off more quickly than it did last April, it is not necessarily surprising given the variability of springtime weather.

“What we did not expect in the second quarter was the continued poor performance of our water transfer business,” Dickinson added.  “Revenue in the segment was down year over year and for the second straight quarter costs were significantly higher than budgeted.  These results are unacceptable and we have taken corrective measures by replacing the water management leadership team and right-sizing the labor force.  Water transfer is a relatively small component of revenue mix and a departure from our core well enhancement service set.  It has been operating at plus or minus break-even since we launched the business two years ago, and that kind of uneven performance does not align with our goal of consistent profitability for all business lines.  We are currently evaluating additional actions that can lead to an improved performance by this business.

“I want to emphasize that our core business model remains solid and we are optimistic about the future.  We have made excellent progress with process improvement initiatives over the past two years and continue to strengthen our operational structure to position Enservco for long-term growth, both organic and acquisitive,” Dickinson concluded.

Total operating expenses increased 16% in the first half to $31.9 million from $27.5 million in the same period last year due primarily to higher direct variable costs associated with increased activity and to the aforementioned water transfer cost overruns in the first quarter. Sales, general and administrative expenses increased 19% to $3.1 million from $2.6 million last year due to an increase in overhead related in part to the acquisition of Adler Hot Oil Service and an increase in professional fees related to investment in IT infrastructure and processes.  Depreciation and amortization expense was up 13% year over year to $3.4 million from $3.0 million due to the increased fleet size.

Income from operations in the first half grew 118% year over year to $1.5 million from $698,000.  Net income increased to $1.1 million, a $2.3 million positive swing over a net loss of $1.2 million in the year-ago first half. Net income per diluted share was $0.02 versus a net loss per diluted share of $0.02 in the same period last year. The 2019 first half net income included a gain of approximately $1.2 million related to an April settlement agreement with the sellers of Adler.

Enservco generated $5.9 million in cash from operations in the first half, down from $6.5 million in the same period last year. The decline is due to an unexpected delayed payment of a large receivable that was received in early July.

Total operating expenses in the second quarter increased 5% year over year to $10.9 million from $10.4 million primarily due to increased overhead following the late 2018 acquisition of Adler. Sales, general and administrative expense increased 18% in the second quarter to $1.5 million from $1.2 million due to an increase in overhead partially due to the Adler acquisition and an increase in professional fees related to investment in IT infrastructure and processes.  In addition, the $1.5 million included $120,000 of year-end audit fees that have historically been recorded in the first quarter of the year. Depreciation and amortization expense increased 14% to $1.7 million from $1.5 million due to the increase in fleet size.

Conference Call InformationManagement will hold a conference call today to discuss these results.  The call will begin at 2:30 p.m. Mountain Time (4:30 p.m. Eastern) and will be accessible by dialing 844-369-8770 (862-298-0840 for international callers).  No passcode is necessary.  A telephonic replay will be available through August 28, 2019, by calling 877-481-4010 (919-882-2331 for international callers) and entering the Conference ID #52021. To listen to the webcast, participants should go to the ENSERVCO website at www.enservco.com and link to the “Investors” page at least 15 minutes early to register and download any necessary audio software. A replay of the webcast will be available for 90 days.  The webcast also is available at the following link:https://www.investornetwork.com/event/presentation/52021

Cautionary Note Regarding Forward-Looking StatementsThis news release contains information that is "forward-looking" in that it describes events and conditions Enservco reasonably expects to occur in the future. Expectations for the future performance of Enservco are dependent upon a number of factors, and there can be no assurance that Enservco will achieve the results as contemplated herein. Certain statements contained in this release using the terms "may," "expects to," and other terms denoting future possibilities, are forward-looking statements. The accuracy of these statements cannot be guaranteed as they are subject to a variety of risks, which are beyond Enservco's ability to predict, or control and which may cause actual results to differ materially from the projections or estimates contained herein. Among these risks are those set forth in Enservco’s annual report on Form 10-K for the year ended December 31, 2018, and subsequently filed documents with the SEC.  Forward looking statements in this news release that are subject to risk include the ability to continue generating positive financial results; prospects for oil prices to remain in the $50-plus range and oil and gas producer capex to maintain current levels; ability to achieve organic and acquisitive growth; and ability to strengthen the operational structure and achieve process improvements. It is important that each person reviewing this release understand the significant risks attendant to the operations of Enservco.  Enservco disclaims any obligation to update any forward-looking statement made herein. 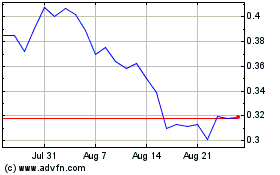 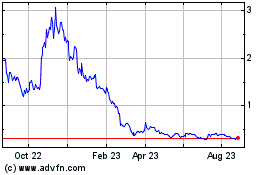 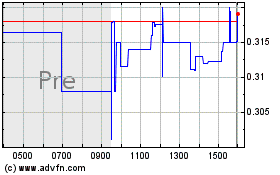