As filed with the Securities and Exchange Commission on January 14, 2021

(Name, address, including zip code, and telephone number, including area code, of agent for service)

Approximate date of commencement of proposed sale to public: As soon as practicable after this Registration Statement is declared effective.

If any of the securities being registered on this Form are to be offered on a delayed or continuous basis pursuant to Rule 415 under the Securities Act of 1933, check the following box. [  ]

If an emerging growth company, indicate by check mark if the registrant has elected not to use the extended transition period for complying with any new or revised financial accounting standards provided pursuant to Section 7(a)(2)(B) of the Securities Act. [  ]

Item 13. Other Expenses of Issuance and Distribution

The following table sets forth the costs and expenses, other than the underwriting discounts and commissions, payable by the registrant in connection with the sale of common stock being registered. All amounts are estimates except for the SEC registration fee, the Financial Industry Regulatory Authority, or FINRA, filing fee and NYSE American LLC additional listing fee.

Item 14. Indemnification of Directors and Officers

Under the provisions of the certificate of incorporation and by-laws of the registrant, as amended, as of the date of this Registration Statement, each person who is or was a director, officer or employee of registrant shall be indemnified by the registrant to the full extent permitted or authorized by the Business Corporation Law of the State of New York, provided that no such indemnification shall be made if a judgment or other final adjudication adverse to such person establishes that his or her acts were committed in bad faith or were the result of active and deliberate dishonesty and were material to the cause of action so adjudicated, or that he or she personally gained in fact a financial profit or other advantage to which he or she was not legally entitled, and provided further that no such indemnification shall be required with respect to any settlement or other non-adjudicated disposition of any threatened or pending action or proceeding unless the Company has given its prior consent to such settlement or other disposition.

On July 3, 2018, the Company closed the sale of 7,143 shares of its common stock, par value $0.02 per share, to a related party accredited investor, Heng Fai Holdings Limited. The purchase price was $42.00 per share, for total proceeds of $300,000. The shares of common stock were issued and sold in reliance upon the exemption from registration contained in Section 4(a)(2) of the Securities Act.

On December 17, 2018, the Company sold 20,408 shares of its common stock to an accredited investor, at a price of $29.40 per share. The shares of common stock were issued and sold in reliance upon the exemption from registration contained in Section 4(a)(2) of the Securities Act.

On February 18, 2019, the Company entered into a Convertible Promissory Note with LiquidValue Development Pte Ltd in the principal sum of $500,000, of which up to $500,000 could be paid by the conversion of such amount into the Company’s common stock, par value $0.02 per share, up to a maximum of 14,881 shares of common stock (the “Maximum Conversion Amount”), at a conversion price of $33.60 per share. Effective on March 25, 2019, LiquidValue Development Pte Ltd exercised its conversion option and converted the Maximum Conversion Amount under the Note. The shares of common stock were issued in reliance upon the exemption from registration contained in Section 4(a)(2) of the Securities Act.

In March 2019, the Company issued 130,435 shares of the Company’s common stock in conjunction with the signing of a Master Distributor Agreement with Advanced Cyber Security Corp. (“ACS”) to for the Company to distribute ACS’s EndpointLockV™ cyber security software exclusively in thirteen countries in Asia and Australia, and non-exclusively, in the U.S. and Middle East. The shares of common stock were issued in reliance upon the exemption from registration contained in Section 4(a)(2) of the Securities Act.

The common stock sold in the Offering described above were not registered under the Securities Act, or the securities laws of any state, and were offered and sold in reliance on the exemption from registration afforded by Section 4(a)(2) and Rule 506(b) of Regulation D promulgated under the Securities Act, since, among other things, the transactions did not involve a public offering and the securities were acquired for investment purposes only and not with a view to or for sale in connection with any distribution thereof.

Pursuant to the requirements of the Securities Act of 1933, as amended, the Registrant has duly caused this Amendment No. 2 to Registration Statement on Form S-1 to be signed on its behalf by the undersigned, thereunto duly authorized, in Rochester, New York, on January 14, 2021. 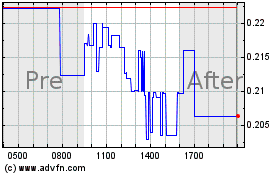