First Amendment to Agreement and Plan of Reorganization

Other than as modified by the First Amendment, the Original Agreement remains in full force and effect as originally executed on August 12, 2020.

The foregoing description of the First Amendment and the Original Agreement is not complete and is qualified in its entirety by reference to the First Amendment, which is filed as Exhibit 2.1.1 to this Current Report on Form 8-K and incorporated by reference into this Item 1.01, and to the Original Agreement, which was filed as Exhibit 2.1 to the Corporation’s Current Report on Form 8-K filed on August 14, 2020.

Important Information and Where to Find It:

This Current Report on Form 8-K does not constitute an offer to sell or the solicitation of an offer to buy securities of the Corporation or a solicitation of any vote or approval. The Corporation has filed a registration statement on Form S-4 and other documents regarding the proposed transaction with the SEC to register the shares of the Corporation’s common stock to be issued to the shareholders of BAYK. The registration statement includes a joint proxy statement/prospectus, which will be sent to the shareholders of the Corporation and BAYK in advance of each company’s respective shareholder meeting that will be held to consider the proposed Merger. Before making any voting or investment decision investors and security holders are urged to read the joint proxy statement/prospectus and any other relevant documents to be filed with the SEC in connection with the proposed transaction because they contain important information about the Corporation, BAYK and the proposed Merger. Shareholders are also urged to carefully review the Corporation’s public filings with the SEC, including, but not limited to, its Annual Reports on Form 10-K, Quarterly Reports on Form 10-Q, Current Reports on Form 8-K and proxy statements. Investors and security holders may obtain a free copy of these documents (when available) through the website maintained by the SEC at www.sec.gov. These documents may also be obtained, without charge, from the Corporation at www.mybrb.com.com under the tab “Investor Relations” or by directing a request to Blue Ridge Bankshares, Inc., 17 West Main Street, P.O. Box 609, Luray, Virginia 22835, Attn.: Investor Relations. The information on the Corporation’s website is not, and shall not be deemed to be, a part of this report or incorporated into other filings the Corporation makes with the SEC. 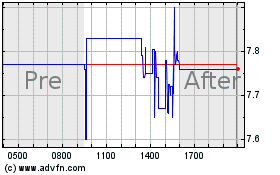