22nd Century Group, Inc. (NYSE American: XXII), a leading plant-based, biotechnology company that is focused on tobacco harm reduction, very low nicotine content tobacco, and hemp/cannabis research, announced today that the Company filed its 2020 Third Quarter Report on Form 10-Q with the U.S. Securities and Exchange Commission. The Company will provide a business update for investors on a live audio webcast to be held today at 8:00 a.m. ET.

James A. Mish, chief executive officer of 22nd Century Group, together with Michael Zercher, chief operating officer, and John Franzino, chief financial officer, will host the webcast. Interested parties are invited to participate by visiting the Events section on the Company’s Investor Relations website at www.xxiicentury.com/investors/events. Following prepared remarks, the Company will host a Q&A session during which management will accept questions from industry analysts. Investors, shareholders, and members of the media will also have the opportunity to submit their questions through the interactive webcast.

“In my first few months as CEO of 22nd Century, I met with scientists, public health officials, national cigarette retailers, farmers, and 22nd Century shareholders. What I heard, from each of these groups, is that 22nd Century’s VLN® cigarettes have the potential to disrupt and redefine the entire tobacco industry and, in doing so, prevent millions of our nation’s youth from becoming addicted to the only legal consumer product that, when used as intended, will kill half of all long-term users,” said James A. Mish, chief executive officer of 22nd Century Group. “Understanding these facts has helped me to truly appreciate the Company’s primary mission of reducing the harm caused by smoking and to reaffirm the Company’s strategic priorities.”

After conducting a comprehensive review of 22nd Century’s existing business, extensive intellectual property portfolio, and the regulatory climate in which the Company operates, management has identified near-term milestones and medium/long-term opportunities:

22nd Century will host a live audio webcast today at 8:00 a.m. ET to discuss its third quarter 2020 financial results. Following prepared remarks, the Company will host a Q&A session during which management will accept questions from interested analysts. Investors, shareholders, and members of the media will also have the opportunity to pose questions to management by submitting questions through the interactive webcast during the event.

The live audio webcast, interactive Q&A, and investor presentation will be accessible in the Events section on the Company's Investor Relations website at www.xxiicentury.com/investors/events. An archived replay of the webcast and the event transcript will also be available shortly after the live event has concluded.

22nd Century Group, Inc. (NYSE American: XXII) is a leading plant biotechnology company focused on technologies that alter the level of nicotine in tobacco plants and the level of cannabinoids in hemp/cannabis plants through genetic engineering, gene-editing, and modern plant breeding. 22nd Century’s primary mission in tobacco is to reduce the harm caused by smoking through the Company’s proprietary reduced nicotine content tobacco cigarettes – containing 95% less nicotine than conventional cigarettes. The Company’s primary mission in hemp/cannabis is to develop and commercialize proprietary hemp/cannabis plants with valuable cannabinoid profiles and desirable agronomic traits.

Except for historical information, all of the statements, expectations, and assumptions contained in this press release are forward-looking statements. Forward-looking statements typically contain terms such as “anticipate,” “believe,” “consider,” “continue,” “could,” “estimate,” “expect,” “explore,” “foresee,” “goal,” “guidance,” “intend,” “likely,” “may,” “plan,” “potential,” “predict,” “preliminary,” “probable,” “project,” “promising,” “seek,” “should,” “will,” “would,” and similar expressions. Actual results might differ materially from those explicit or implicit in forward-looking statements. Important factors that could cause actual results to differ materially are set forth in “Risk Factors” in the Company’s Annual Report on Form 10-K filed on March 11, 2020 and in its subsequently filed Quarterly Report on Form 10-Q. 22nd Century undertakes no obligation to publicly update or revise any forward-looking statement as a result of new information, future events, or otherwise, except as otherwise required by law.

All information provided in this release is as of the date hereof, and the Company assumes no obligation to and does not intend to update these forward-looking statements, except as required by law.

Adjusted EBITDA, which the Company defines as earnings before interest, taxes, depreciation and amortization, as adjusted by the Company for certain non-cash and non-operating expenses, as well as certain one-time expenses, is a financial measure not prepared in accordance with generally accepted accounting principles (“GAAP”). In order to calculate Adjusted EBITDA, the Company adjusts the net (loss) income for certain non-cash and non-operating income and expense items listed in the table above in order to measure the Company’s operating performance. The Company believes that Adjusted EBITDA is an important measure that supplements discussions and analysis of its operations and enhances an understanding of its operating performance. While management considers Adjusted EBITDA to be important, it should be considered in addition to, but not as a substitute for or superior to, other measures of financial performance prepared in accordance with GAAP, such as operating loss, net (loss) income and cash flows from operations. Adjusted EBITDA is susceptible to varying calculations and the Company’s measurement of Adjusted EBITDA may not be comparable to those of other companies. 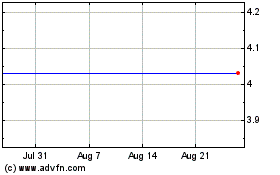 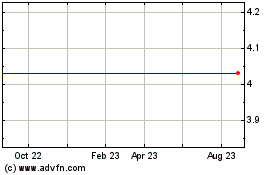 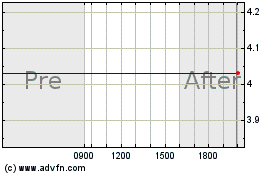